4K “EVIL DEAD” is coming to terrorize you this fall; complete theater lineup

As Halloween approaches, Grindhouse Releasing is bring the new 4K remaster of Sam Raimi’s classic THE EVIL DEAD to theaters across the U.S. and Canada in October and beyond. Read on for a full list of playdates.

This special engagement presents THE EVIL DEAD restored in 4K from the original 16mm camera negatives by Grindhouse owner/Oscar-winning editor Bob Murawski in collaboration with Raimi. The film now also boasts a reimagined score by original composer Joseph LoDuca and a new 5.1 Surround sound mix by Marti Humphrey and Jussi Tegelman (whose credits include ASH VS. EVIL DEAD and DRAG ME TO HELL). You can see it at the following venues:

You can keep up with the EVIL DEAD screenings at Grindhouse’s website; to book the movie, contact David Szulkin at info@grindhousereleasing.com. 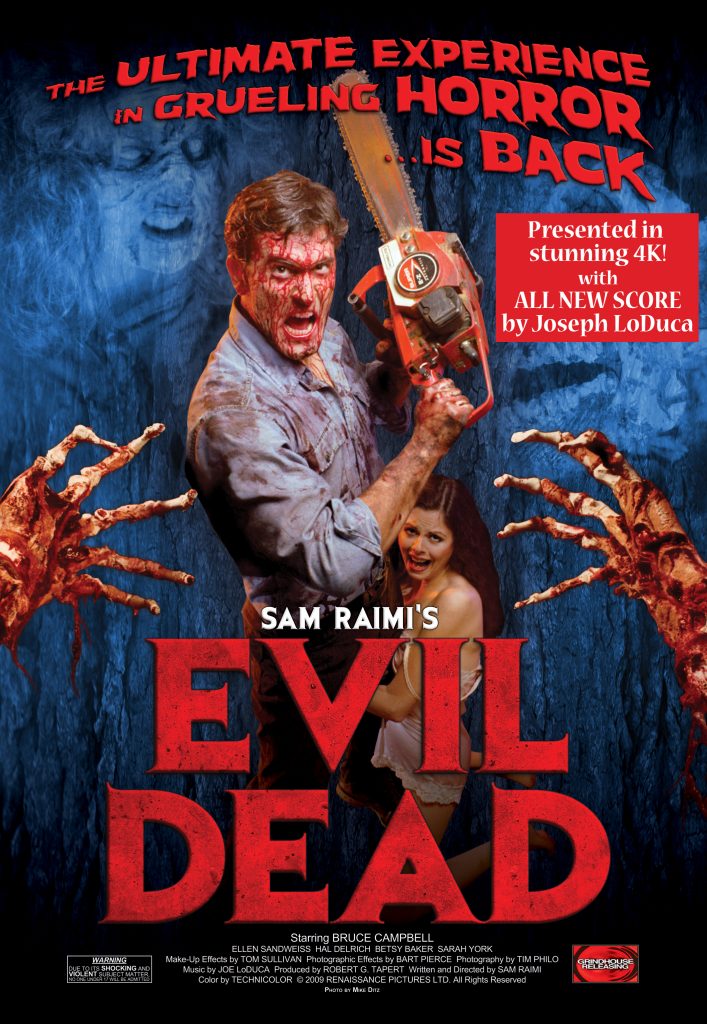