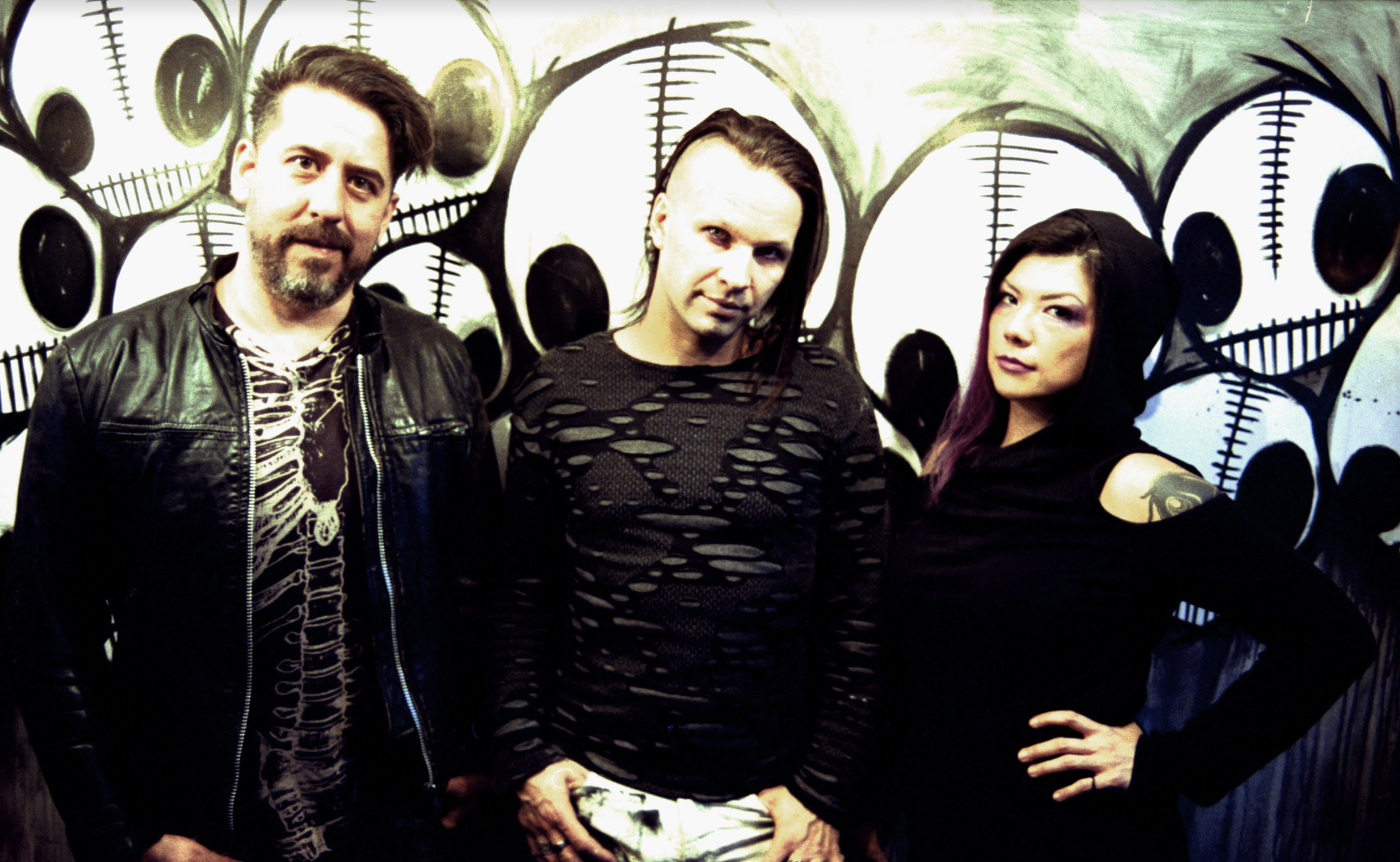 Last year was a busy one for the band members as they embarked on their first US tour opening for labelmates PIG and releasing various videos for the singles off of their latest album, “Becoming.” In early 2020 Brett decided to take on double duties and joined The Birthday Massacre on bass and also helped co-produce some of the songs on their latest album. With quarantine in effect, A Primitive Evolution has now switched their focus to finishing up videos and remixes that will be the final chapter for “Becoming,” all the while writing new material for the next album.

“Creation is evolution” observes A.P.E. singer Brett Carruthers, “that’s what I figure we’re trying to say with A Primitive Evolution. As evolved as we think we are as humans or animals, we are very much at the beginning of the evolution of mankind. We have so much to learn and yet so much has changed in the last hundred years. We have a long way to go as a species. We want our band to reflect that too, showing our raw emotions, doing it out of instinct and evolving naturally; not overthinking, just having some fun existing on this planet.”

A Primitive Evolution is managed by Michael Kuhnert and Martin Leipold of Soundproof Agency and signed to Metropolis Records. Watch the music video for “Ghost” below, and download the full album here.