Silence is survival, but it’s not enough in A QUIET PLACE PART II, coming from Paramount Pictures March 20. The latest poster and promo spot can be seen after the jump, along with news about a themed survival room coming to select cities.

John Krasinski returns to write and direct A QUIET PLACE PART II, and Emily Blunt, Millicent Simmons and Noah Jupe reprise their roles, joined by Cillian Murphy, Millicent Simmonds, Noah Jupe, Djimon Hounsou. The synopsis: “Following the deadly events at home, the Abbott family [Blunt, Simmonds and Jupe] must now face the terrors of the outside world as they continue their fight for survival in silence. Forced to venture into the unknown, they quickly realize that the creatures that hunt by sound are not the only threats that lurk beyond the sand path.”

The survival room will be opening next month at New York’s Dolby SoHo (477 Broadway) and in Los Angeles at 8483 Melrose Avenue. The details: “This multi-sensory experience entails an intense 5-7-minute progression—filled with physical and mental obstacles—for groups of three. This immersive, in-world recreation of A QUIET PLACE PART II tasks guests with keeping their decibel levels down and mitigating any sound in their surroundings…at all costs. Reservations may be made on-line at www.aquietplace2experience.com and walk-ups are also welcome. This event kicks off in New York as part of the Dolby Experience, before opening in Los Angeles in the week leading up to the film’s release. The Dolby SoHo experience in New York will also include a limited time, immersive experience with tons of Instagram-worthy A QUIET PLACE PART II moments, powered by Dolby.” The dates: 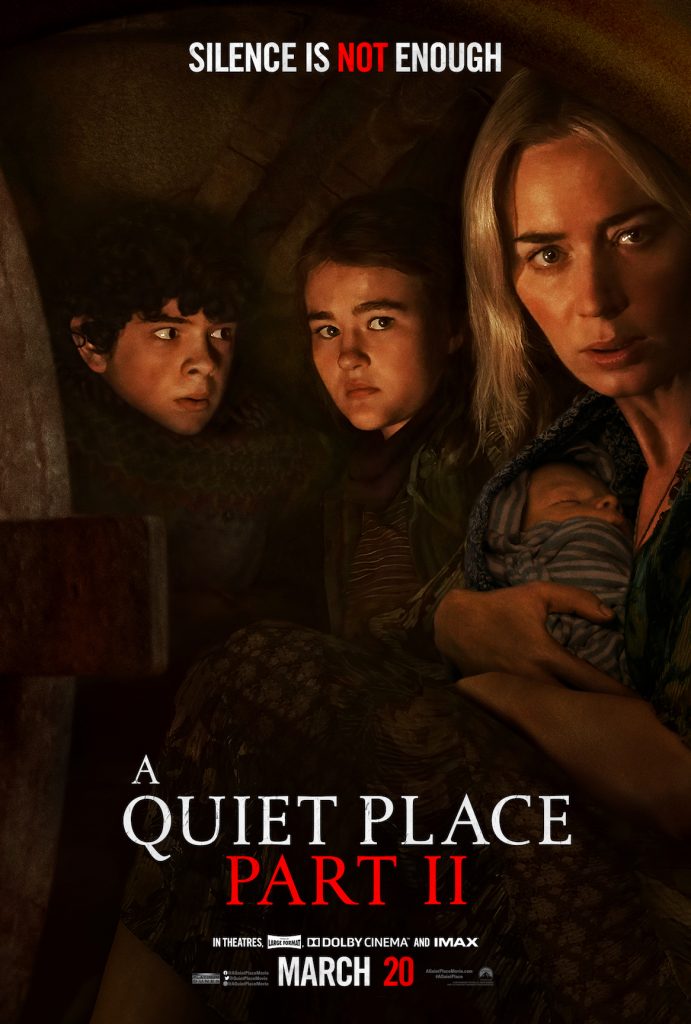