Movie Review: ALL EYES ON “TRIP”

After her teenage daughter’s horrific suicide, a mother seeks comfort and understanding in the care of an unconventional therapist in TRIP, the new supernatural thriller from director Neil McCay. Offered a hallucinogenic drug that will let her coommunicate with the dead, Ally (Akasha Villalobos) jumps at the chance to see and speak to her daughter, Samantha (Jill Young) again. Unfortunately, Ally’s late daughter is not the only tormented soul in the house, and a series of nightmarish apparitions soon visit the grieving mom. Do these visitations mean her harm? Or are the frightening figures mere figments of her grief-stricken mind? 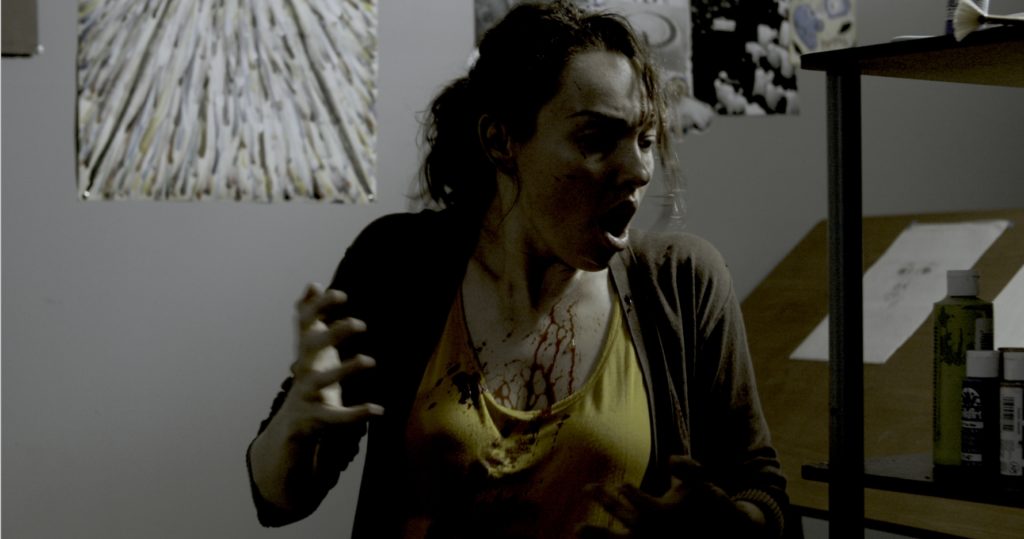 The super-low budget with which writer-director Neil McCay had to work is evident from the outset. TRIP opens with a cheap-looking, stiffly-acted sequence in which mother and daughter chat over the kitchen table. Utilizing a single-location setting, a small cast of mostly unknown actors, and a source of terror that won’t break the bank, TRIP has an immediately recognizable vibe that independent horror fans will no doubt be used to, 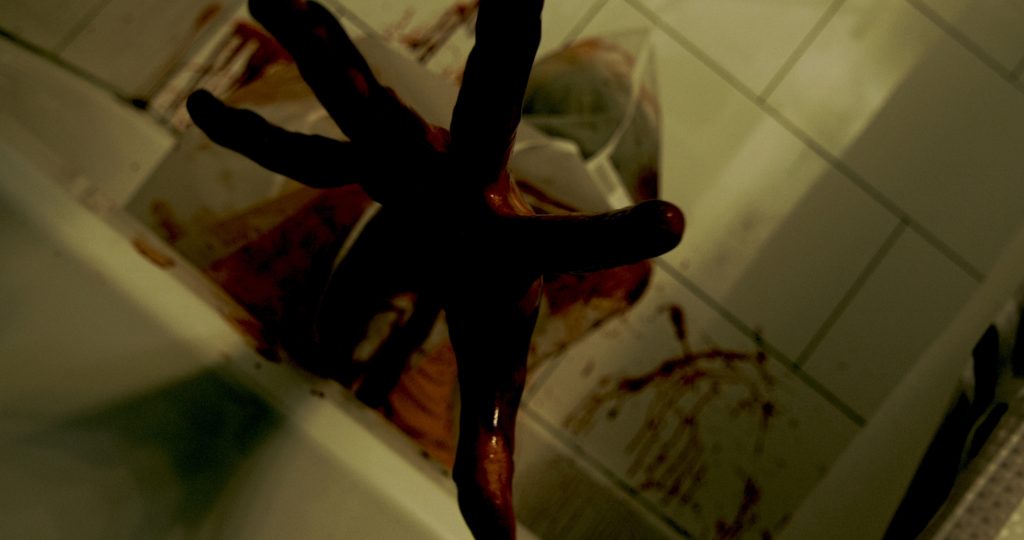 However, by cutting mother-daughter bonding time short with the first of many grisly shocks, McCay quickly clarifies that he won’t be held back by a lack of funds. While many indie horror flicks pad out their running times with idle chatter and repetitive dialogue, the 90-minute TRIP is an exercise in economy. Although the surprisingly solid jump scares and spooky ghouls don’t entirely distract from the cheap visuals and wobbly performances, the film’s generic story is smartly executed. McCay’s ghosts are simple but effective, and each has a neat visual hook thanks to the sparingly employed visual effects. 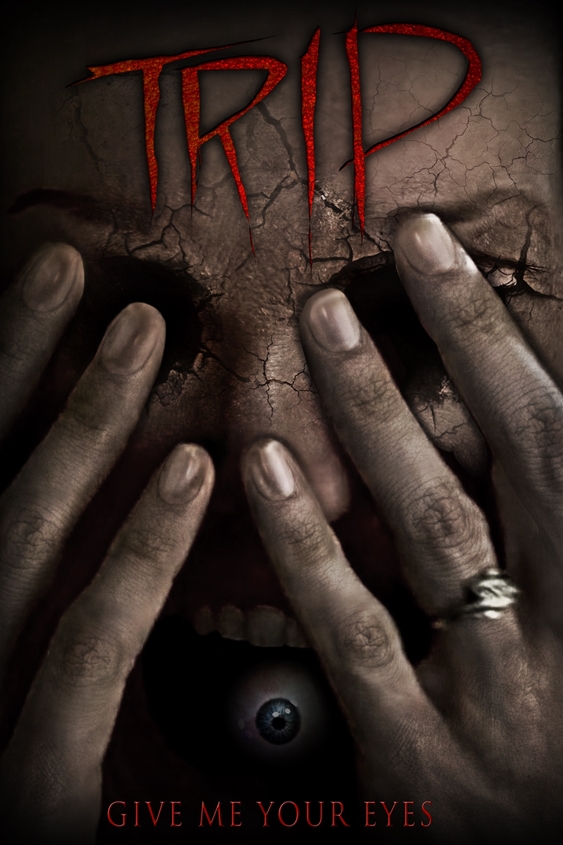 At TRIP’s heart is a compelling lead performance from Villalobos as the besieged mum. The story gives her plenty to work with: fending off sinister ghosts, a distant husband (Major Dodge), malicious interlopers, and her own unquiet mind. While her co-stars aren’t quite so successful (nor are their characters as carefully fleshed out), the performances are a cut above what you might expect from a feature with such a limited budget. Keep an eye out, too, for young Bjorgvin Arnarson, star of the terrific Chucky TV series.
Low-budget horror cinema is always a risky proposition, but TRIP is one of the good ones, utilizing well-executed scares and grounding them in deeply felt themes of grief, depression, and maternal pain.