Allen VanMeter a.k.a. “Psychostreetbum” dazzles with his horror creations 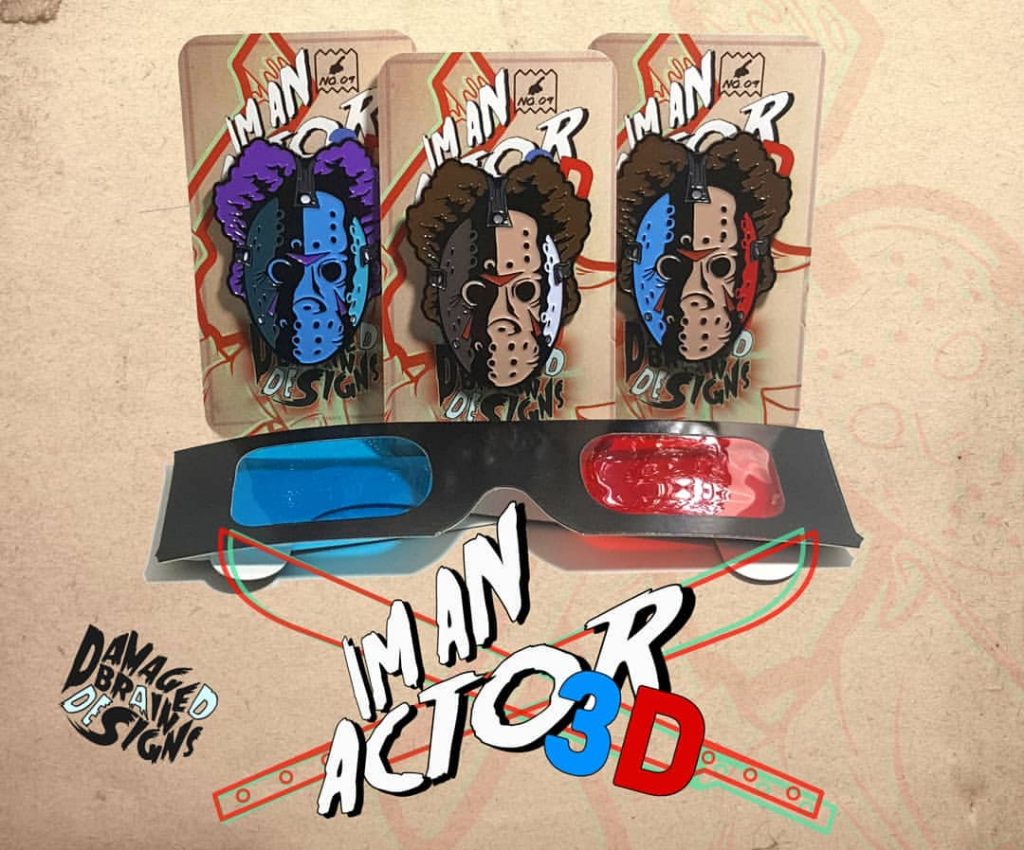 Allen VanMeter, better known as “Psychostreetbum” festers in Illinois amidst his extensive horror collection which he adds to with his own impressive creations. VanMeter’s main gig is that of a self-taught tattoo artist, a skill he has been honing since he was a kid. He also sells his own artistic horror merchandise on “Damaged Brain Design” where his enamel pins and stickers shine for all to see. He has also worked on a few promo pieces for movies, such as the POOL PARTY MASSACRE “HAMMERED” LIMITED EDITION ENAMEL PIN based on the throwback 80’s slasher which I reviewed awhile back. 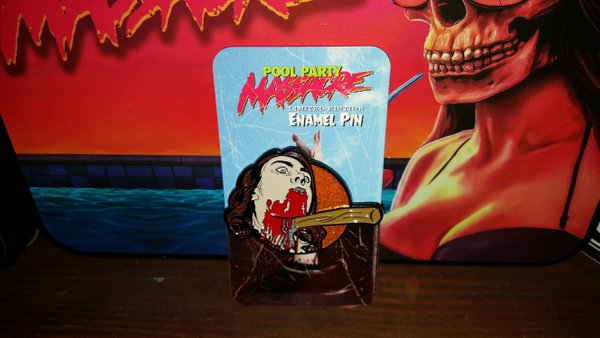 VanMeter is in demand for pin artwork due to his clean linework and original style. His art usually starts on paper and slowly evolves in a digital format. He doesn’t limit himself to just one medium, however, as he is very willing to work on art for Blu-rays, posters, VHS or even vinyl albums. If all these weren’t enough to keep him busy, Allen is also the art director for an online episodic horror host show called “Mausoleum of the Macabre”, hosted by Needles the Gravedigger. 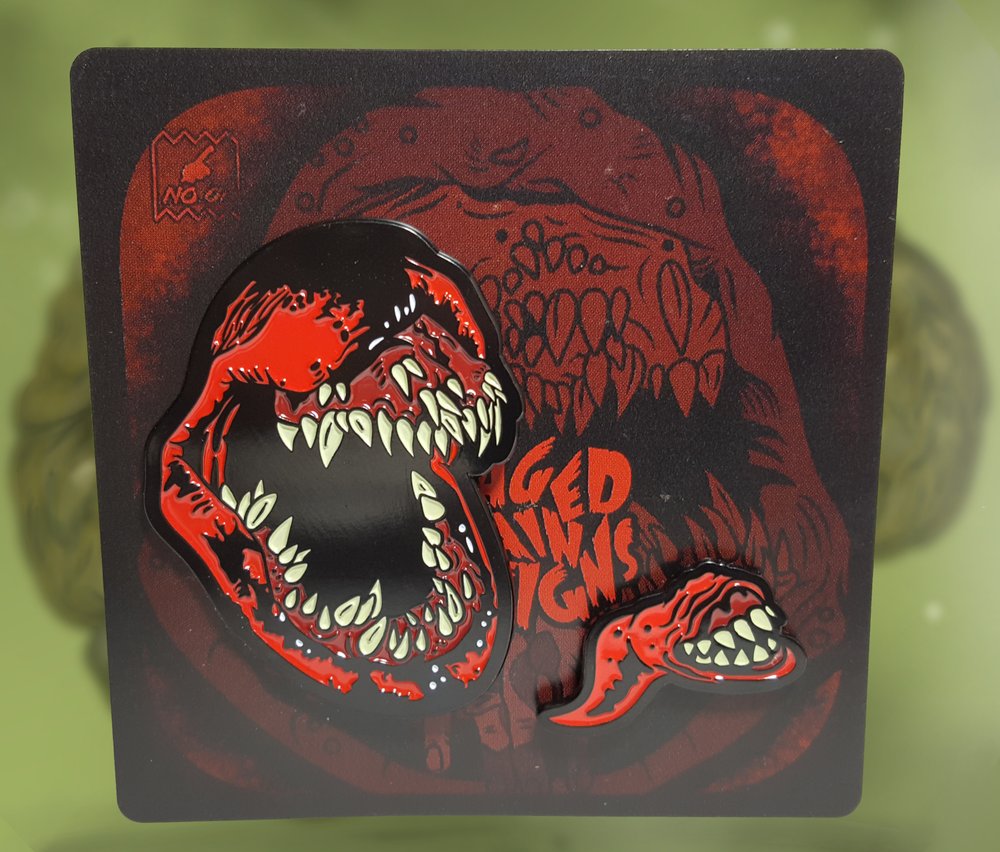 As anyone who meets him soon realizes, Allen VanMeter doesn’t just love horror, it’s his number one passion in life. Long live Psychostreetbum’s always enthusiastic horror creations! Check out more on all his endeavors on VanMeter’s social media and web store.