Showrunner Ryan Murphy has revealed the poster for the upcoming season 10 of AMERICAN HORROR STORY via Instagram, giving us our best clue yet as to what the season could be about. The poster shows an open mouth lined with sharp, pointy teeth. A gloved hand holds a tattoo gun dripping a splotch of ink. Tattooed on the tongue are the initials “AHS10 FX.” 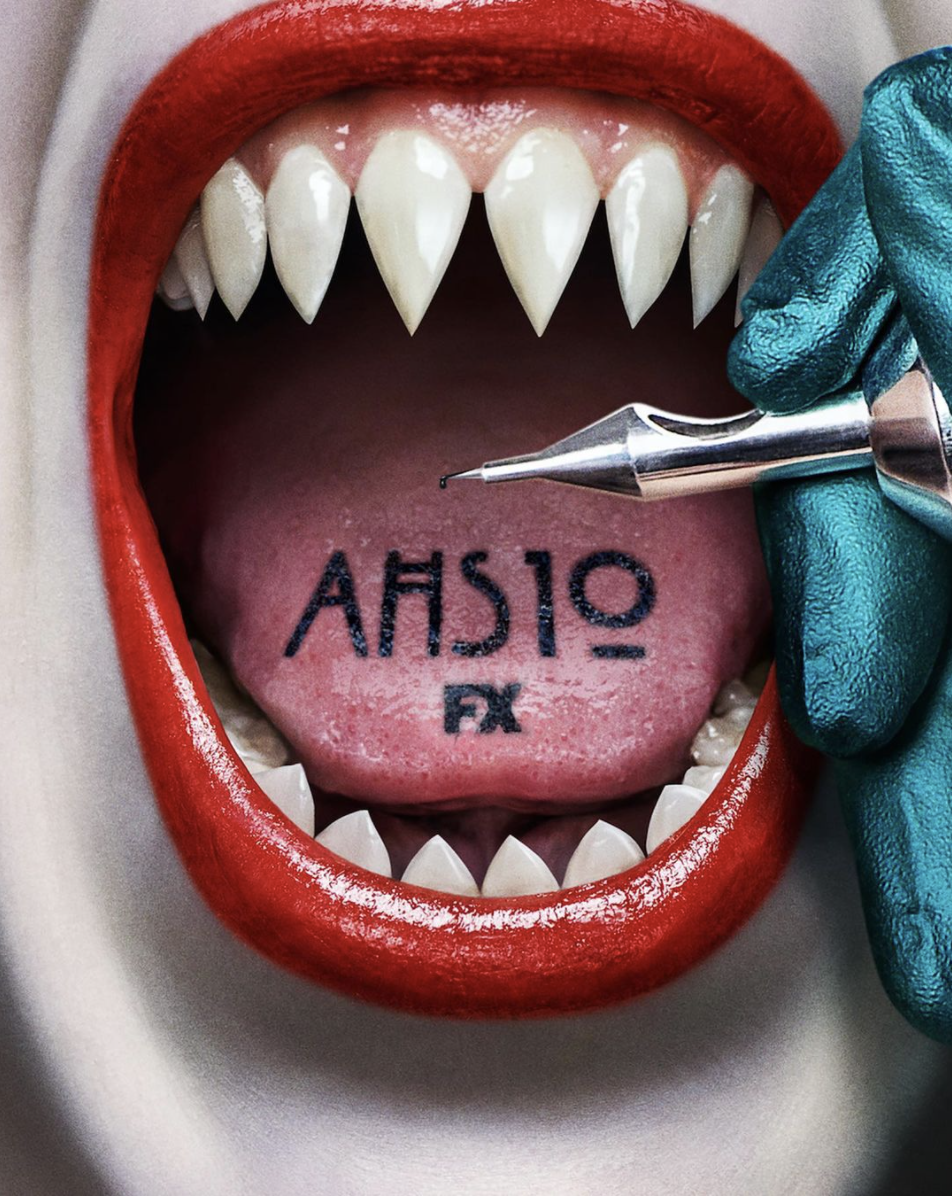 This might not be much to go on, but it’s certainly exciting considering the last clue fans received was simply a photo of a beach with a broken wooden fence back in May. Originally, it appeared the theme would be centered around the ocean, but due to the pandemic, Murphy has already stated that some plans may have to change. Speaking to The Wrap earlier this year he said:

“A lot of what I was going to shoot was dependent on a very specific moment, it was a weather-dependent show. So, now, I don’t know. I don’t know what we’re going to do.”

Is this poster our first evidence of that shift? Of course, it’s still too early to say for sure – but those teeth are certainly interesting! Season 10 of AMERICAN HORROR STORY was originally due to arrive on FX this year but has been pushed back to 2021.