An Intro to Eco-Horror From Final Girl Grace

The archetype of the  ‘Bad Mother’ is one that runs rampant through horror cinema, both classic and contemporary. From Pamela Voorhees to Norma Bates, the crimes of the son have long been attributed to the ‘sins’ of the Mother. As Sady Doyle writes in Dead Blondes and Bad Mothers: Monstrosity, Patriarchy, and the Fear of Female Power, “we blame mothers, not men, for the violence that male domination has unleashed on the world.” Unlike these aforementioned human mothers, however, another prominent ‘Bad Mother’ exists in our cultural consciousness as well: Mother Nature. In the same vein as the project of feminist horror, by deconstructing the monstrosity of nature, ‘eco-horror’ endeavors to unpack the troubled relationship between humanity and the Earth, rather than the one between women, men, and society.

As defined by the Society For Cinema and Media Studies, “Eco-horror, as a subgenre, presents scenarios in which the environment itself horrifically strikes back at humanity, punishing our abuse of not only the world around us but of its living, breathing, non-human avatars as well.” In these films, nature is the villain, yet a sympathetic one. In one way or another, her victims somehow karmically deserve their fates. Returning briefly to Dead Blondes and Bad Mothers, Doyle’s discussion of the ‘Bad Mother’ begins with the first primordial ‘Mother Monster,’ Tiamat, of Babylonian mythology. Doyle describes how “the world is only saved from Tiamat’s relentless birthing when [the hero] Marduk…breaks open Tiamat’s belly, giving the world a sort of emergency C-section…the upper half of Tiamat becomes the heavens, and the lower half is the earth. Thus, with the awful, pregnant, female body of Nature put in order through purifying male violence, Civilization can begin.” In this mythology, only the violence of mankind is capable of subduing the chaos of the natural world. Eco-horror asks: how would this tale have ended if the monster Tiamat had won? What happens when the tables are turned on man’s ‘dominion over the earth’? 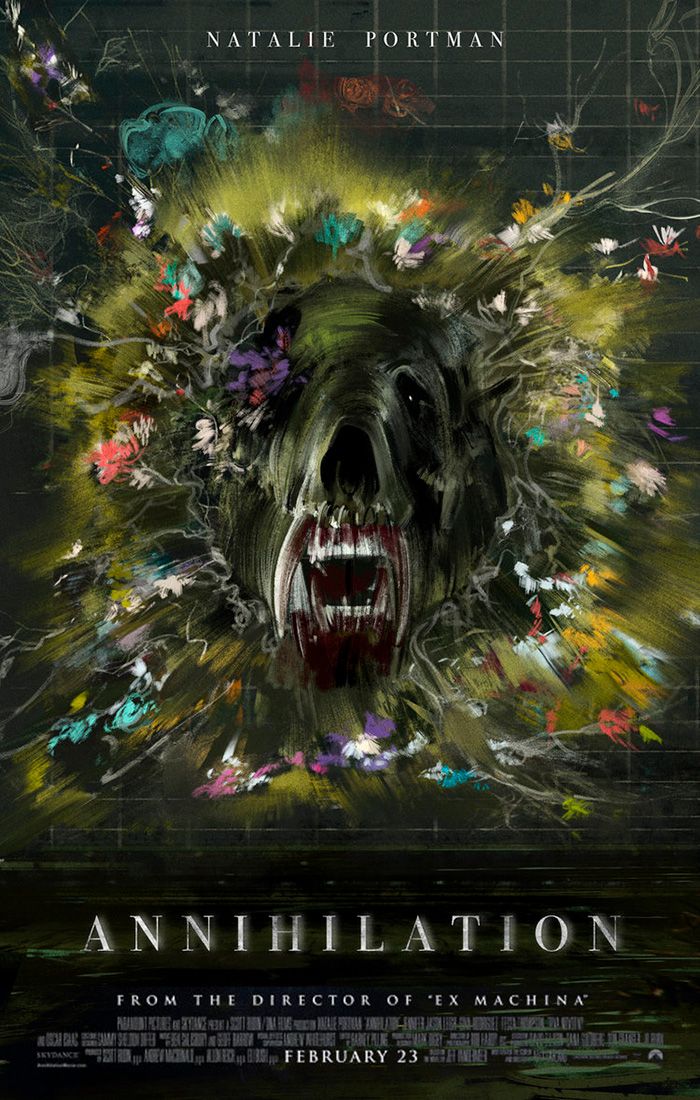 It is said that in all narratives, there are really only four types of conflict: man against man, man against nature, man against self, and man against society. In the subgenre of Eco-horror, the conflict of humankind against nature is pushed to its farthest extremes. From classic titles like Jurassic Park or The Birds to more recent flicks like Annihilation, the ultimate messages of Eco-horror films have differed greatly over the decades. As anxieties about the natural world shift from fear of the untamed wilderness to the impending doom of climate change, so too will the themes and stories told in horror characterized by deadly natural forces.

In this column, ‘Bad Mother Nature,’ I (Final Girl Grace) will be your guide to all things Eco-horror! In the coming months, expect deep dives into various Eco-horror films and analysis of the cultural fears and anxieties that drive them. I hope you all enjoy joining me on my investigation into what makes Eco-horror tick…and remember…Mother knows best!

Header illustration: Estée Preda for Beside