London, UK – Arrow Video is excited to announce the May 2021 lineup of their new subscription-based ARROW platform, available to subscribers in the US, Canada and the UK.

Threshold, the second feature from co-directors Powell Robinson, Patrick R. Young and producer Lauren Bates, following their debut Bastard (2015), was improvised and shot on two iPhones over the course of a 12-day road trip with a crew of just three. The results are an inventive and compelling psychological thriller with hints of the supernatural that recalls such indie cult classics as Ben Wheatley’s Kill List (2011) and Justin Benson and Aaron Moorhead’s Resolution (2013).

Patrick R. Young commented: “We’re excited to have Threshold join the Arrow family. This is a deeply personal project, and we couldn’t imagine better caretakers than these cult, genre, bizarro film-loving cine-freaks. Our only hope is that this gives people a chance to connect with our actor’s characters as much as we have.”

Powell Robinson commented: “We set out to make Threshold with two goals: tell a very intimate story which all of us could put a piece of ourselves into, and also to inspire others to do the same. Arrow is the perfect platform to get this in front of the right someone who just needed a small push to hit the road with a tight-knit crew and do the same.” 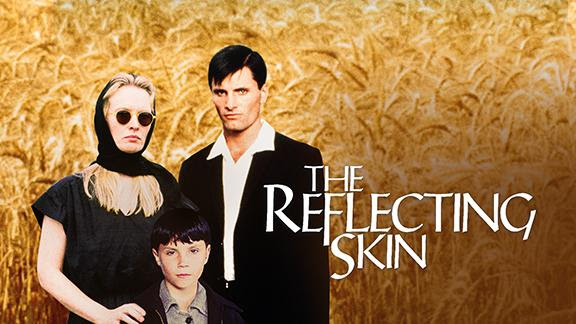 May 3 will see the arrival of Threshold (US/CA/UK), Versus (US/UK), Fukuchan of Fukufuku Flats (US/UK), Lowlife Love (US/UK), and Love and Other Cults (US/UK).

May 3rd‘s Seasonal arrivals are Ghouls & Gangsters, a violent blend of bullets and blood, mafia lords and the living dead. Titles include: Versus, Zombie for Sale, Wolf Guy and more.

Unclean Spirits will unleash the darkest souls of the angrily departed, unwilling to rest while there is suffering to cause among the living. Titles include: Demons, Demons 2, Mirror/Mirror, Dream Demon, and Scared Stiff.

May 7 sees the arrival of the award-winning family drama Toto the Hero (US/CA/UK).

May 14 will debut with Putney Swope (US/CA/UK), Zombie Nightmare (US/CA/UK), and The Reflecting Skin (US/CA).

May 14 sees the sun set and the body count rise with Blood Lust, ARROW’s love letter to the vampire genre. Titles include: The Reflecting Skin, The Sheltering Sky, the Bloodthirsty Trilogy, The Addiction, Vampyres, and Tenderness of the Wolves.

May 17 will see the release of Walter Cichy’s action thriller Cop Killers (US/CA/UK).