Horror fave Barbara Crampton stars in the terror-in-the-woods opus DEAD NIGHT, which sees release next month. Read on for the details, trailer and poster.

DEAD NIGHT, which Crampton discussed with us (plus exclusive photos) here under its original title APPLECART, comes to select theaters (see list below) and VOD July 27 from Dark Sky Films. Bradford Baruh directed from a script by Irving Walker, and the cast also includes Brea Grant (pictured above), Crampton’s YOU’RE NEXT co-star AJ Bowen, Sophie Dalah, Elise Luthman, Joshua Hoffman and Daniel Roebuck. The synopsis: “James [Bowen] and his wife Casey [Grant] load up their two teenage kids and head out to a remote cabin in Oregon for a weekend trip. When James heads into the snowy forest in search of firewood, he encounters an enigmatic woman passed out in the snow. Bringing her back to the cabin for help, the family has no way of knowing that the woman’s presence is the catalyst for a series of events that will change their lives forever.”

The movie is currently set to open at the following theaters: 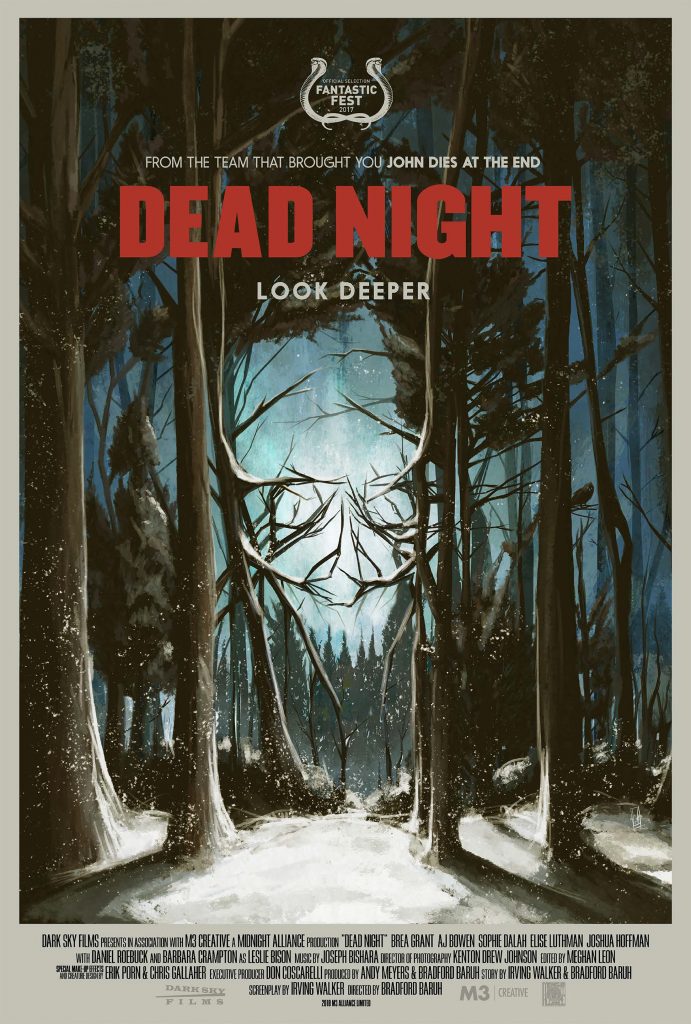