During a Q&A bonus feature on the new unrated, uncut, Blu-ray release of A SERBIAN FILM, actress Jelena Gavrilović recalls the very statement that director Srdjan Spasojevic said to her that convinced her she needed to do the film:

It reads like a bit of poetry, and, if the viewer can manage to look beyond their own righteous indignation, the film itself plays out like the kind of tragedy one might see if Grand Guignol theater copulated with Shakespeare’s Titus Andronicus. In film criticism, it often seems that sex and violence – if separate – are fine and lauded themes. The gang-rape of a woman in The Accused (1988) and the pervasive violence in The Hateful Eight (2015) were seen as controversial, but the unintimidating kind of controversial that manages to garner awards. It signified that viewers were not so offended as to miss the cultural and social relevance in the physical violence and sexual violence. The combination of excessive sex and violence, however, tends to push a film into the “Extreme Cinema” category, a genre that is often looked down on as trashy and lacking in substance.

It’s interesting to listen to Gavrilović speak about her experience playing Marija, the doomed mother and wife to Miloś (Srdjan Todorovic), a semi-retired porn star who opts to sign a contract to star in one last ill-fated film, of which garish filmmaker Vukmir (Sergej Trifunovic) is the only one to privy to the script. Gavrilović talks about feeling the need to justify her involvement in a film that most people find too vile to view (as well as the strange juxtaposition of later voicing Elsa in the Serbian version of Frozen.) There is a stigma placed on women involved in the making of Extreme Horror films, like A SERBIAN FILM, due to the amount of violence and sexual violence portrayed on screen toward women. There is a similar stigma placed on women who watch and enjoy the genre. The question often asked is, “What the fuck is wrong with you?!” The idea seems to be that in order for a woman to enjoy watching subversive and controversial films there must be something broken inside of her.

The truth is, many women walk through society, through all societies, with the abject knowledge that they are one dark alley away from a vicious attack, that they could trust a man implicitly only to have him turn on them in a moment and hurt them, possibly kill them. Women are perceived as objects still, always, despite the ever-expanding campaigns, hashtags, and protests. And mainstream films continue to use the abuse of women as a tool for a man’s vengeance. The scenes in these films take a Hollywood soft lens look at what abuse or assault does to a woman while rarely taking into consideration that the woman is, in fact, not defined by that abuse. Many women who have suffered an assault do not want to see an award-winning actress with a full face of makeup getting raped with an award-winning cinematographer framing her beautiful, tear-soaked face. 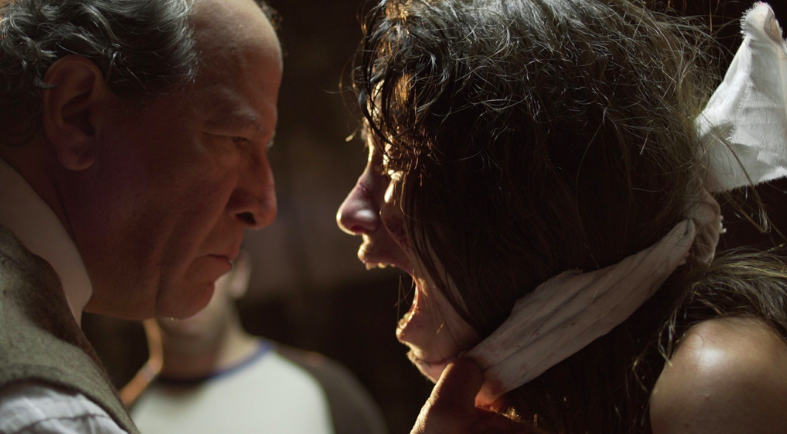 The filmmakers behind A SERBIAN FILM have repeatedly stated that the film is an allegory of the atrocities Serbia has endured. It is exploitative because the people of Serbia are exploited. It can also be seen as a metaphor for the female experience, walking through a world that is not built for them, but built for their objectification and castigation for merely existing. A culture that blames victims instead of perpetrators. A SERBIAN FILM aims to show the concentrated Serbian experience: the distilled feelings of a people who have suffered horrifying violations by those charged with protecting them. In the decades following the Yugoslav war, the Serbian people experienced overwhelming rates of unemployment and a stark rise in serious crime. As corrupt authoritarians rose to power, Serbian families were forced, much like Miloś, to pursue exploitative jobs with little hope of ever becoming the masters of their own destinies. This theme resonates through A SERBIAN FILM, and Spasojević has said the film is “about the monolithic power of leaders who hypnotize you to do things you don’t want to do.”

And it feels at times like an exhibition, as Miloś stumbles from building to building, room to room, forcing himself to remember the events of a forgotten three days. Familiar audiences will know these scenes depict gut-wrenching degradation, rape,sexual torture, child abuse, and necrophilia that Miloś is forced to perform but also become a victim of. A quick Google search shows that those who don’t want to watch the film still wish to know what all the fuss is about, allowing themselves to participate without feeling culpable. As screenwriter Aleksandar Radivojevic states in another bonus feature Q&A: “To show extremity you have to live it.” He views A SERBIAN FILM as an expression of psychological torture. The filmmakers believe that in order to tell a story like this, it must be done without flinching. To most living in Western society, it is hard to picture the human experience with this severity, but the truth remains that suffering is the human condition for many.

A SERBIAN FILM makes a bold statement about victimhood, and while it is easy to ignore the existence in our culture of the incessant exploitation of women, the overwhelming number of children suffering at the hands of abusers, the absolute corruption of absolute power – ignoring it doesn’t make these truths go away and watching films that expose such truths doesn’t will them into being. A SERBIAN FILM has divided audiences since it was released in 2010. People who refused to watch the film called for censorship and banishment, elevating the loyalty that Extreme Horror genre fans felt for the film. It wasn’t until January 2021 that A SERBIAN FILM was released in its uncut, uncensored severity by Unearthed Films, to be seen the way the filmmakers intended. The film is beautifully shot and goes out of its way to show the audience a struggling but loving family unit that is broken by the expectations and limitations of the society they live in. The graphic and horrific elements within the film make the story of Miloś, Marija, and Petar viscerally heart-wrenching. The inclusion of Miloś’s brother Marko (Slobodan Bestic) and his ultimate betrayal completes the tragedy in a way that is both believable and infuriating.

In a world where people are told they should be able to have whatever they want, what stops anyone from taking what isn’t theirs? There is merit to the cast and crew of passionate filmmakers who found their own money to film free of the constraints of Serbian government influence. This isn’t diminished by the genre that the filmmakers choose to tell their story through. Men and women converged to tell a story that continues to resonate eleven years after release. There is an excellent bonus feature on the Blu-ray that shows the making of that birth scene and it appears to be a light-hearted and creative set. To dismiss the project as pure filth with no artistic merit, especially without taking the time to watch it, is to cower beneath a conservative shadow that obscures the cold, hard realities of so many people living in the world today. Many women who watch Extreme Horror films have stopped feeling the need to justify their reasons for doing so. No one forces the same accountability on women who watch romantic comedies that push the ideal man as a womanizer with a “good heart” or women as weak, submissive, and just looking for the “one.” 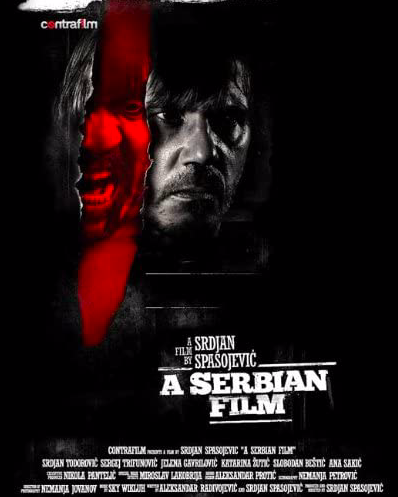 In the case of Extreme Horror, it is only when women push the boundaries of what is expected of them that others feel the need to question their motives. Those who hold A SERBIAN FILM up as an artistic exhibition of the tortures of humanity may do so without judgement. Those who can’t look past the excess to see the intention may choose not to watch it. A SERBIAN FILM has existed in the world this long and we’re all still here; and if one is looking for the real filth, it’s best they look at the world around them. 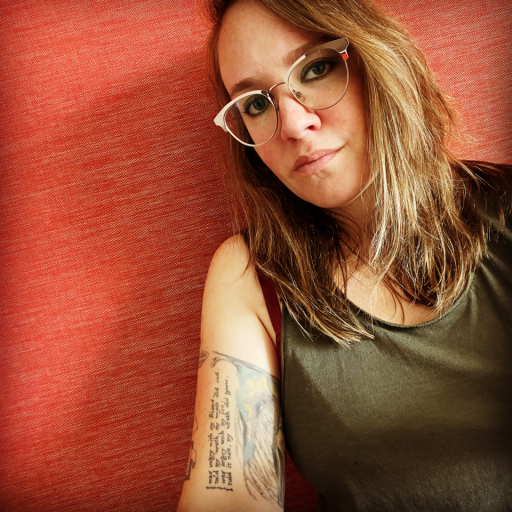