Soon you’ll be able to trip out to the latest from the creators of RESOLUTION, SPRING and THE ENDLESS on various video media.

Well Go USA has announced that SYNCHRONIC will debut on digital platforms January 12, and then arrive on Blu-ray and DVD January 26. Directed by Justin Benson and Aaron Moorhead from Benson’s script, it stars Anthony Mackie, Jamie Dornan, Katie Aselton and Ally Ioannides. The synopsis: “When New Orleans paramedics and longtime best friends Steve [Mackie] and Dennis [Dornan] are called to a series of bizarre, gruesome accidents, they chalk it up to the mysterious new party drug found at the scene. But after Dennis’ oldest daughter suddenly disappears, Steve stumbles upon a terrifying truth about the supposed psychedelic that will challenge everything he knows about reality—and the flow of time itself.” Bonus features are:

Retail prices are $29.98 for the Blu-ray and $24.98 for the DVD. See our review of SYNCHRONIC here and an interview with Benson and Moorhead here. 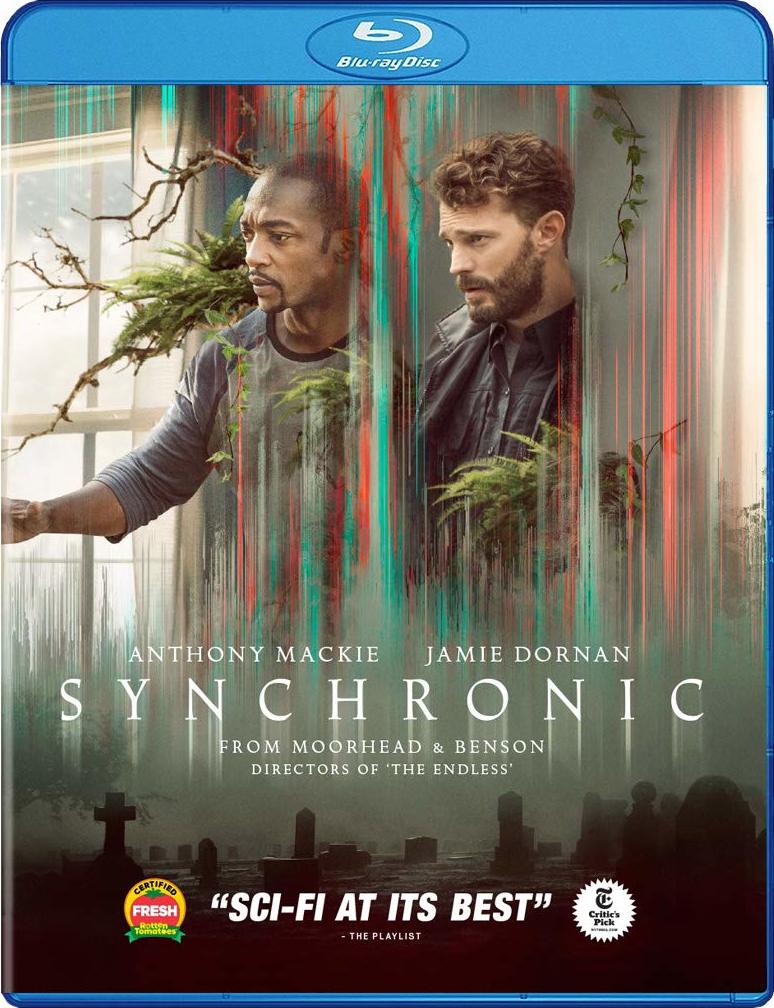