Beware the “DESOLATION” of Hollywood in new psychochiller; poster and info

No relation to the film of the same title opening Friday from IFC, DESOLATION is a psychological chiller marking the directorial debut of David Moscow, the child actor (he was the young Tom Hanks in BIG) turned producer (J.T. Petty’s HELLBENDERS). It’s coming next month, and we’ve got the details and poster.

Scripted by Matthew McCarty and Craig Walendziak, DESOLATION will be released theatrically in New York and Los Angeles January 26, followed by a nationwide rollout, by Parade Deck Films, and then debut on major streaming platforms next April via Gravitas Ventures. Dominik García-Lorido, Brock Kelly, Raymond J. Barry, Ninja N. Devoe and Cailey Fleming star; the synopsis: “Small-town Katie [García-Lorido] meets heartthrob actor Jay [Kelly]. Jay charms Katie, brings her to LA where she falls hard for him. When Jay gets a movie and has to leave town, Katie awaits his return. That’s when everything begins to unravel. Katie is robbed, her keys and wallet taken. When she reports it, the police question and then attack her. Terrified, with no money, and stuck in LA, she keeps calling her friends at home, but just gets a ‘wrong number.’ Frantically, she asks Jay to wire her money and come back, but neither he nor the money show. When Katie’s home town newspaper is delivered to her door in LA, it includes her obituary. And she realizes there is some greater evil at play.” 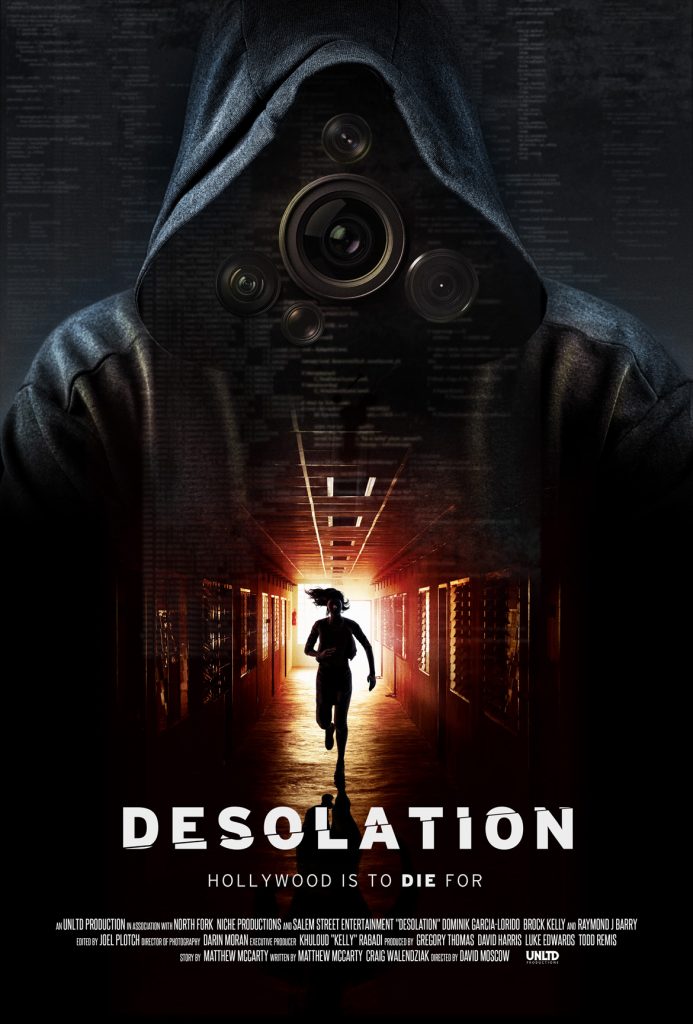