Movie Review: Blessed With Beauty, “Curse of the Mayans” is Damned By Lack of Terror

Filmed primarily in Yucatan, Mexico, Joaquin Rodriguez’s Curse of the Mayans  features a ball-busting American archaeologist, Dr. Alan Greene (Steve Wilcox) who gathers a crew of expert cave divers to find the lost Mayan hall of records. He convinces diver Danielle Noble (Carla Ortiz) to assemble her rowdy crew to explore subterranean underwater caves only accessible by the most experienced divers. A complex and tormented character, Danielle is a tough woman who knows her shit, but when the crew accidentally discovers Xibalbá, the Mayan realm of the dead, everyone’s resolve is tested as they face ancient tales come to life. Filmed in 2017, Curse of the Mayans  was just released on DVD through Cinedigm in March. Hang on to your seats, folks, for 88 minutes of aliens, monsters, claustrophobic feels, threats of violence, beautiful cinematography, amazing ancient origin story scenes, three languages and cultural commentary. 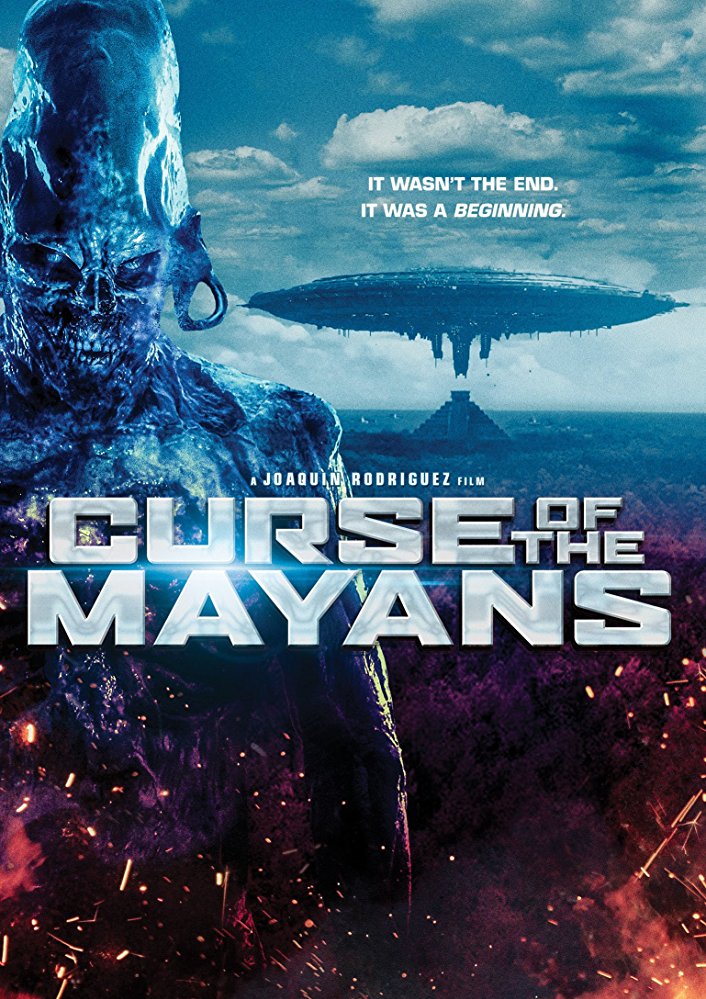 Curse of the Mayans is beautiful with dynamic cinematography. There are breathtaking shots of secluded beaches, ancient ruins, remote countrysides and even striking footage of underwater caves. The camera work also succeeds in portraying movement and emotion incredibly well. Great moments start at the very beginning when we are introduced to the origin story of what Xibalba exists. The scenes are magnetic and visually striking (Fuck Apocalypto).

Another notable area is that the dialogue is about 85% convincing, which, sadly, is not usually achieved in most horror and sci-fi, and Curse of the Mayans manages to achieve this using three languages throughout the film! Seeing this fluid integration of several languages within the story was impressive, particularly because language is often used as a token to convince the watcher of some sort of authenticity, as an easily extricable element from the culture which it belongs. This attention to languages is an extension of the way this film treats intersections of culture. We have a white American Archaeologist, Mexican hired crew and indigenous folks, that last two being intertwined in cultural ways that most people in North America don’t understand very well.

Another standout is the film’s treatment of class and it’s levels of strata that differ from North America… or do they? At the beginning of the film we see much of the elite in Mexico and there are several very intentional discussions that very specifically say that the Mexican crew hired by this white guy do not need the money. Their involvement in the archaeological search has little to do with money and more about various principles. Giving visibility to these very real complexities, rather than the typical tokenization within horror and sci-fi, is refreshing. It’s not perfect, but, again, it’s refreshing. There are definite jabs at the way white people in the U.S. think about Mexico and how they act while in Mexico. My favourite line in the movie is after a tense moment, a rough looking guy looks at the white archeologist and says, “I thought he was a gringo, but he’s just a honkey.” Having watched countless hours of racist moments in horror movies used as comic relief or empty shock value, this is a golden moment. But don’t think that the white characters are the only ones subject to scrutiny, no one is above it and instead of treating the characters as examples and archetypes, the story allows for critique and acknowledgement of the complex issues being discussed. 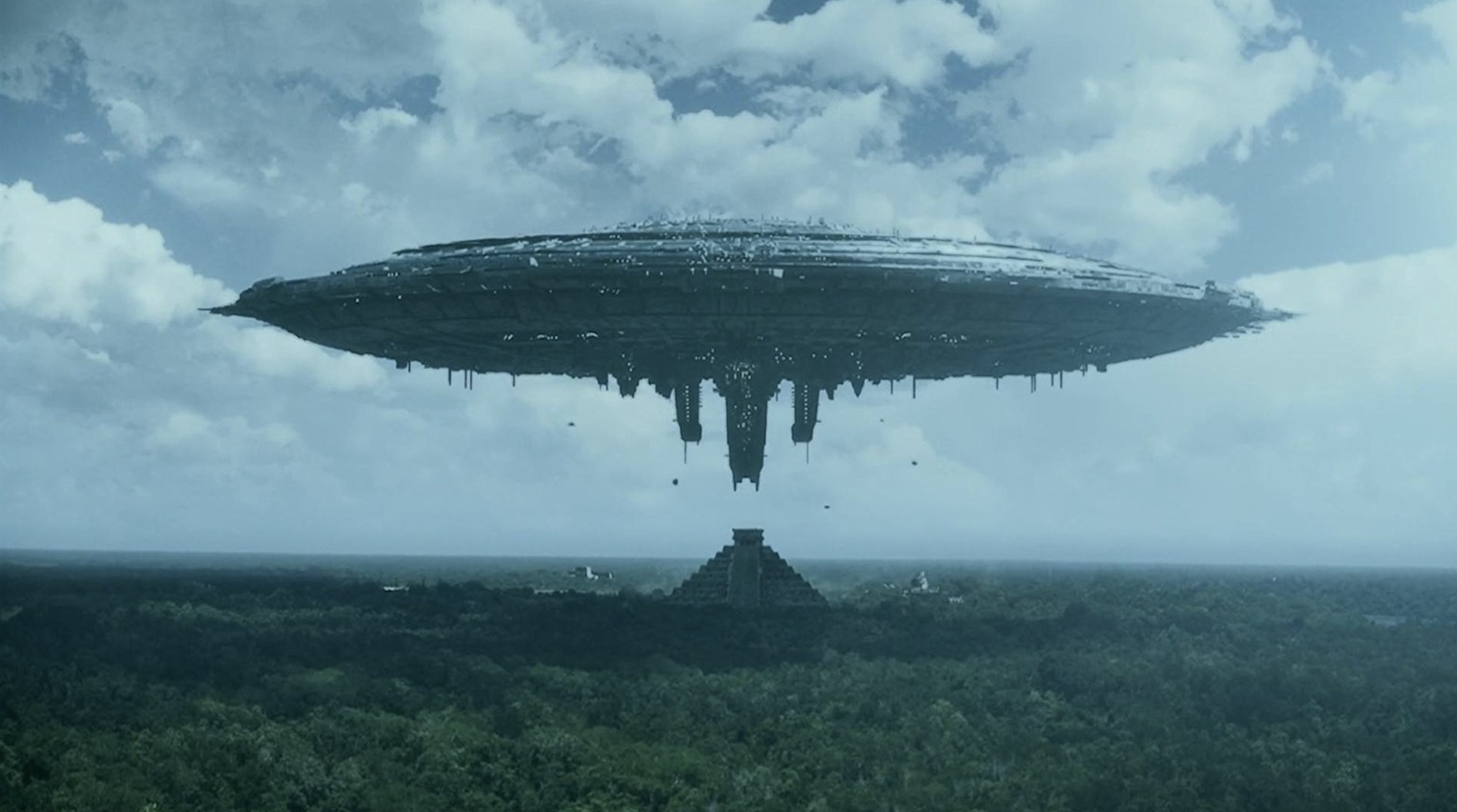 That said, this is more of a drama than a sci-fi/horror movie. The character development of Danielle, the woman in charge of the expedition crew, is great until the patriarchy creeps in. The only other woman in the film is the white girlfriend of one of the crew and she is straight out of some Cancun, all-inclusive spring break bachelorette party. She is easy to hate, which is unfortunate. The ratio of plot development to actual horror is greatly unbalanced, so much so that viewers may feel as if they were a bit cheated. The supernatural and sci-fi elements are a base which the movie works from, but their presence is almost non existent.

The claustrophobia created in the caves and the encounter with some dangerous men on the road are the best scenes in this film and have us rooting for the characters, but the monsters did not have enough screen time. Maybe they wanted to be scary without disrespecting the gods of the underworld? In my mind, the Mayan underworld described as having rivers of blood and pus, and inhabited by gods like Blood Collector elicit some very disturbing images, but fucking around with people’s culture is something horror has gotten wrong since…forever. Overall, Curse of the Mayans is not for everyone. It’s a beautifully shot, slow burn, character driven story that gives audiences some very real views into diverse and rich cultures. It is not a “political” movie, but it confronts some unavoidable issues gracefully. If you want to see a beautifully shot drama with a little horror and sci-fi, this is your movie, but as a sci-fi/horror, it doesn’t rise to the top. If anything, this movie succeeds in it’s warning to all horror filmmakers… if you are going to try to exploit people’s culture and traditions, you had better be prepared to face the consequences.