Blu-Ray Review: Eternity Remains A Mystery At “The Dead Center”

If you’re anything like me, the mere presence of Shane Carruth puts you in the mood for a mind-bender. It’s an understandably Pavlovian response to the 47-year-old actor-director-screenwriter, who, despite his inexcusably short filmography, is synonymous with cinema that puts a few extra wrinkles in your brain. Aside from starring turns in his own projects, (PRIMER, UPSTREAM COLOR) Carruth’s roles in front of the camera have been limited, which is why THE DEAD CENTER is such a surprise and ultimately something of a letdown. As unfair as it is to judge Billy Senese’s movie by the reputation of its star, it feels like the sort of thing Carruth would make if he, himself were dabbling in directing fright flicks. Considering the fact that he also served as a producer, it’s clear that he saw something in it that piqued his passionate interest, and truly, THE DEAD CENTER has a killer hook and a lot on its mind, even if it’s not juicy enough to stick in yours.

Overworked psychiatrist, Daniel Forrester (Carruth) finds himself drawn to a stranger (Jeremy Childs) who mysteriously shows up in his emergency psych ward with no hint as to who he is or where he comes from. When the John Doe claims to have died and returned from beyond the grave, Daniel is initially skeptical. But when a rash of frightening sudden deaths grips the hospital, he becomes convinced that the stranger may be telling the truth…and that he’s brought something monstrous back from the other side. 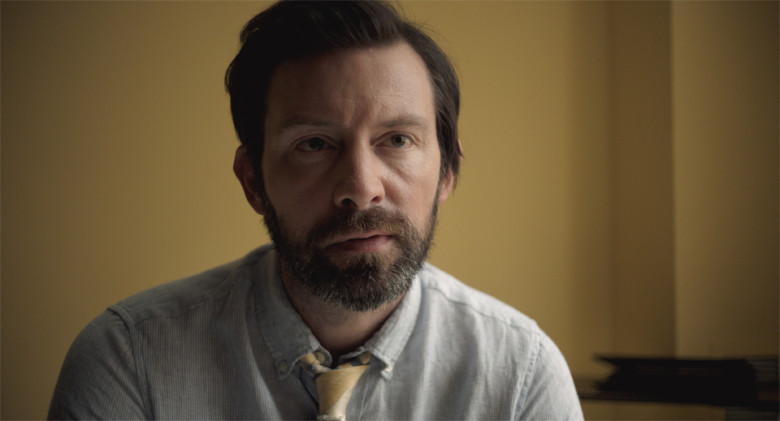 Shot in a shuttered clinic in Nashville, Senese captures the daily existence of overwhelmed ER workers with an unfussy and sharp visual aesthetic that evokes the setting so clearly you can almost smell the weapons-grade disinfectant and bodily fluids. This is where THE DEAD CENTER shines: depicting the cold, clinical, undramatic realities of thankless toil among the sick, insane, and dying with empathy and tangibility.

Where it falters is in its use of Childs, who becomes a somewhat literal “mouth of death” that makes Carruth’s character question everything. Their initial scenes together are truly chilling, with the promise of forbidden knowledge carried across the gap between the living and the dead providing a tantalizing rotten carrot for both Daniel and the audience. But Senese’s script isn’t built to bear the weighty questions it posits, and by the time we’ve reached the conclusion, THE DEAD CENTER has defaulted to rote genre cliches.

Senese cites a close friend’s fatal overdose as the event that lead him to THE DEAD CENTER. Horror films are often seen as a way to process death—by cheating it, disempowering it, or openly mocking it—but horror films that actually attempt to wrestle with the phenomenon head-on are rare. How does one explain what’s inexplicable? How do you render the notion of eternal nothingness in cinematic language? THE DEAD CENTER admirably attempts to do this—staring death in the face without flinching—but loses its backbone in the final third. Still, taking the juddering supernatural effects, impressively oppressive atmosphere, and Carruth’s compelling sadsack performance into consideration, for drizzly Sunday viewing…you could do a lot worse. 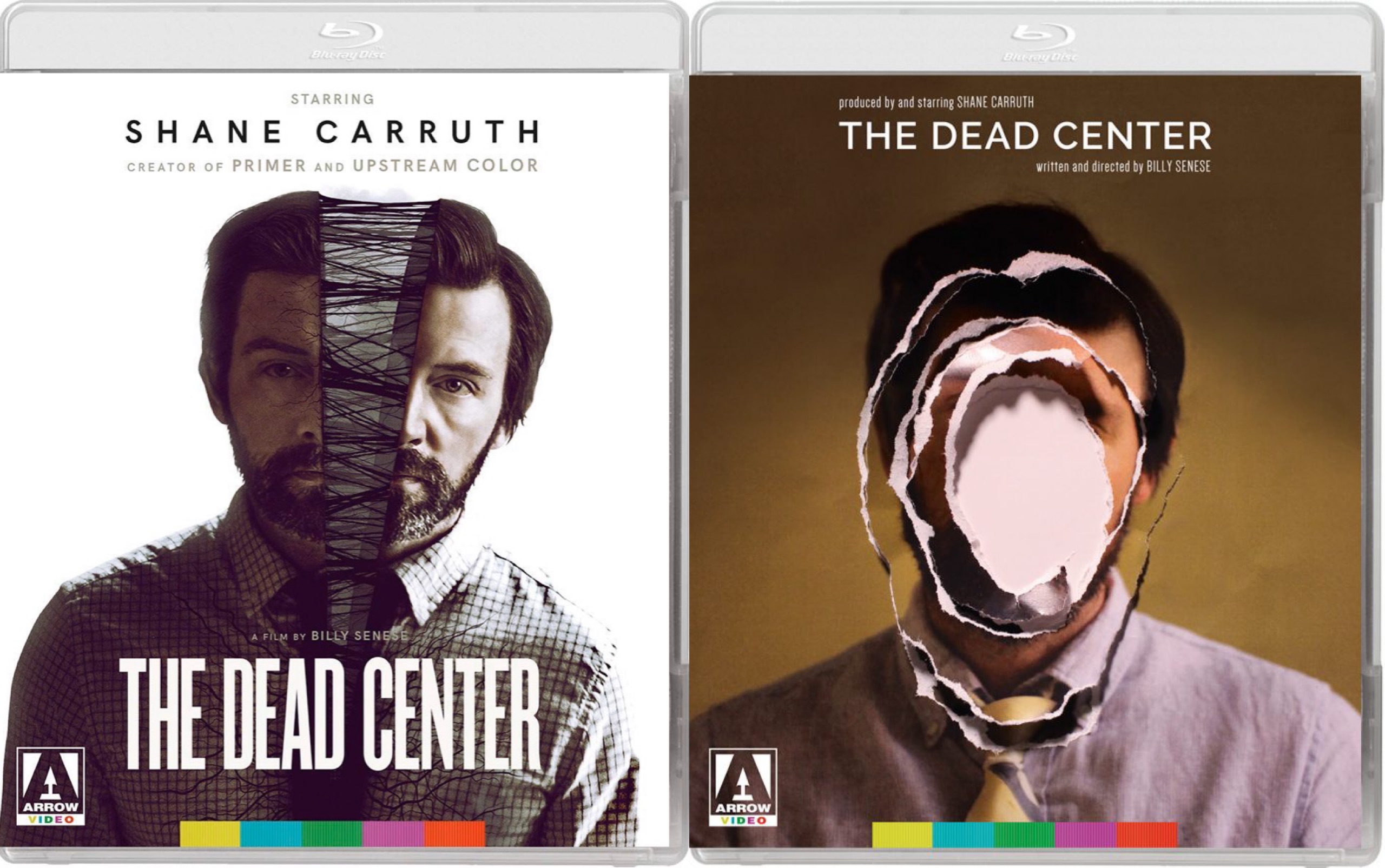 Arrow Video presents THE DEAD CENTER in its original aspect ratio of 1.85:1 with 5.1 audio in pristine HD. The disc’s special features go a long way to add depth and appreciation to the film. These include two commentaries, a making-of documentary, deleted scenes, a bevy of interviews, a look at the film’s makeup effects, trailers, teasers, an image gallery, recordings of six radio plays written, produced and directed by Senese, and two short films, one of which, THE SUICIDE TAPES served as inspiration for THE DEAD CENTER. The package also comes with a reversible sleeve, and an Illustrated collectors’ booklet featuring new writing on the film by Jamie Graham.

With THE DEAD CENTER, Billy Senese raises disturbing questions without answer in an attempt to process a friend’s death. The director is fond of quoting Stephen King, saying: “We make up horrors to cope with real ones.” That’s both the key to what THE DEAD CENTER is doing and its greatest flaw. Arrow Video is choosy about releasing contemporary films, and the special features included here help bolster THE DEAD CENTER as a flawed but essential recent independent chiller. Just don’t let the presence of Shane Carruth fool you: this isn’t a film of big ideas. Rather, it’s a piece about accepting that, when it comes to eternity, even if we manage to reach the center of it all, we’ll still be blindly groping in the dark.

THE DEAD CENTER is available now from Arrow Video.