From RLJE Films, a business unit of AMC Networks, season two of the AMC series NOS4A2 is now available on Blu-ray and DVD.

Eight years after they finally faced off for the first time, Vic McQueen (Ashley Cummings_ remains more determined than ever to destroy Charlie Manx (Zachary Quinto). Charlie, having faced his mortality, emerges desperately for revenge against Vic. This time, he sets his sights on the person who means most to Vic – her eight-year-old son Wayne. The race for Wayne’s soul sends Vic and Charlie on a high-speed collision course, forcing both to face the mistakes of their pasts to secure a hold on Wayne’s future. Vic is now married, trying to put the past behind her. She now has a child and wants to move forward. Manx is presumed dead. 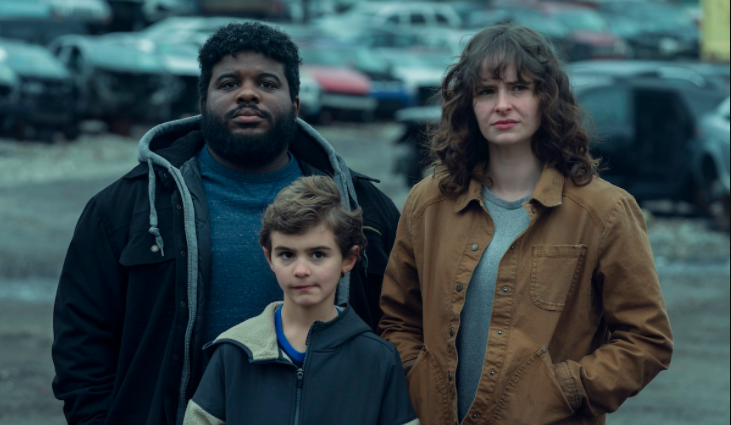 The first episode in season two comes across as a bit grating. Season one’s ending seemed to bring our characters together, whereas, in season two, everyone seems to have to separate. But once season two picks up steam, the show’s pacing begins to shift, and from there, it is a roller coaster of suspense. Max returns like a bat out of hell and is after Vic. However, he has his eyes set on Wayne McQueen (Jason David). Nobody wants to believe that Manx is alive, and Vic ends up looking crazy to everyone around her, including her counterpart Maggie Leigh (Jahkara Smith). Maggie is in a relationship with one of the FBI agents initially investigating Vic. As a result, Maggie remains neutral towards her relationship with Vic.

NOSA42 season two has a lot going for it: outstanding and convincing performances, stunning visuals, significant make-up effects, and fantastic direction, but it is not perfect. It does have some shortcomings. For instance, the audience is introduced to characters who seem to have some vested interest in Manx’s game before coming to nothing. We meet a character who has the power of persuasion who is introduced like a regular on the show, then dispatched. Another character, played by special makeup effects legend Tom Savini, is obviously only introduced for horror fans to say, “That’s Tom Savini!” before getting the ax.

NOS4A2 season two neglects to show Maggie Leigh’s origin story, but the smattering of flashbacks involving Manx and Vic’s father, Chris McQueen (Ebon Moss-Bachrach), are exciting and have depth. One notable actor who comes into her own in season two is Cummings. In season one, her character, Vic, was a tortured and battered woman. But she becomes a kick-ass horror heroine in season two.

Overall, season one of NOS4A2 was more satisfying, and though season two loses some of that magic and steam, it’s depressing that AMC canceled the show, as it would have been interesting to see how season three panned out. Season two’s storyline could be a little tighter, and there are a lot of elements that could have been explored in more detail. However, NOS4A2 season two is still very watchable, and I recommend it. Fans should not go into it expecting the magic that was season one, but NOS4A2 season two is an above-average season of television. It’s a shame that season two sets up another, and it is a bit of a buzzkill; this show was canceled way too soon. 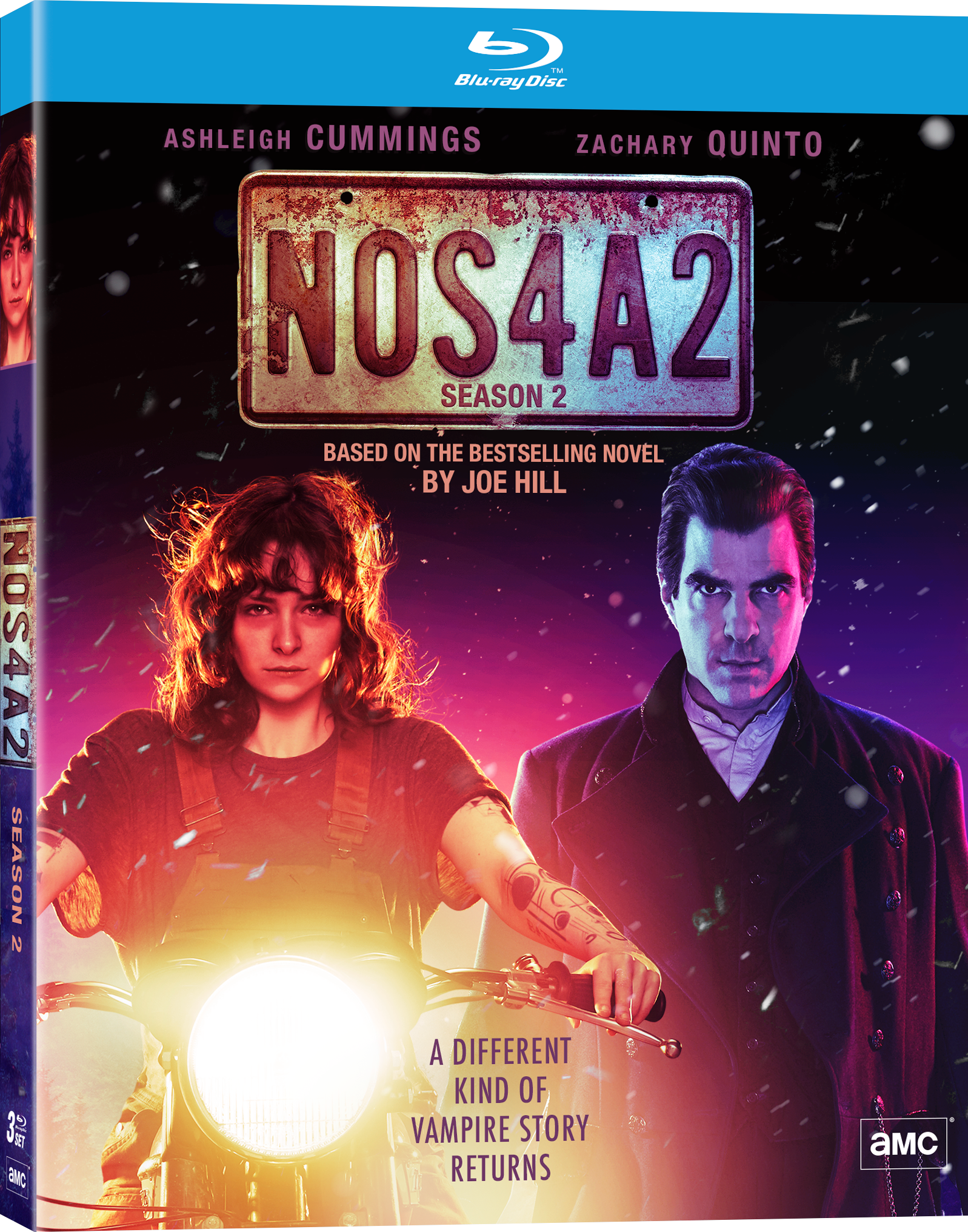 NOS4A2 season two looks excellent on Blu-ray. Clarity and detail are abundant in this release. The black and blue levels are intense. Color especially shows in nice and cool in parts with a vibrant flair. The scenes taking place in Christmasland are terrific. They showcase the neon, the rides, the snow, and the spirit of Christmas itself. The audio is crystal clear. The Blu-ray release echoes exceptionally well, and you can hear every detail from the victims’ screams, all the way to the ricochet of a bullet.

The extras are all featurettes and are exciting and informative, providing many details about the show. The disc offers four featurettes, a Look at Season 2, Catching Up with the Characters, The Origin of Charlie Manx, and a Comic-Con@Home Panel. Overall, this release is an easy recommendation for those that loved the show’s first season.

NOS4A2 Season 2 is available now on DVD and Blu-ray