How’s this for an unpopular opinion? Lucio Fulci’s filmography is more consistent than Dario Argento’s. Yes, I’m comparing rotten apples and blood oranges, but Fulci’s second-place status has been called into question in recent years, and though the commonly held belief is that the quality of his filmmaking declined after the completion of his “Gates of Hell” trilogy, I would argue that he never suffered as steep a decline as his more widely-lauded countryman, Argento. Take, for example, DEMONIA (1990), freshly restored and released by Severin Films. Shot the year prior to his metanarrative mess, Cat In the Brain, this unholy marriage of nunsploitation and supernatural splatter was one of his last theatrical features, and despite what most critics say, it holds up remarkably well. 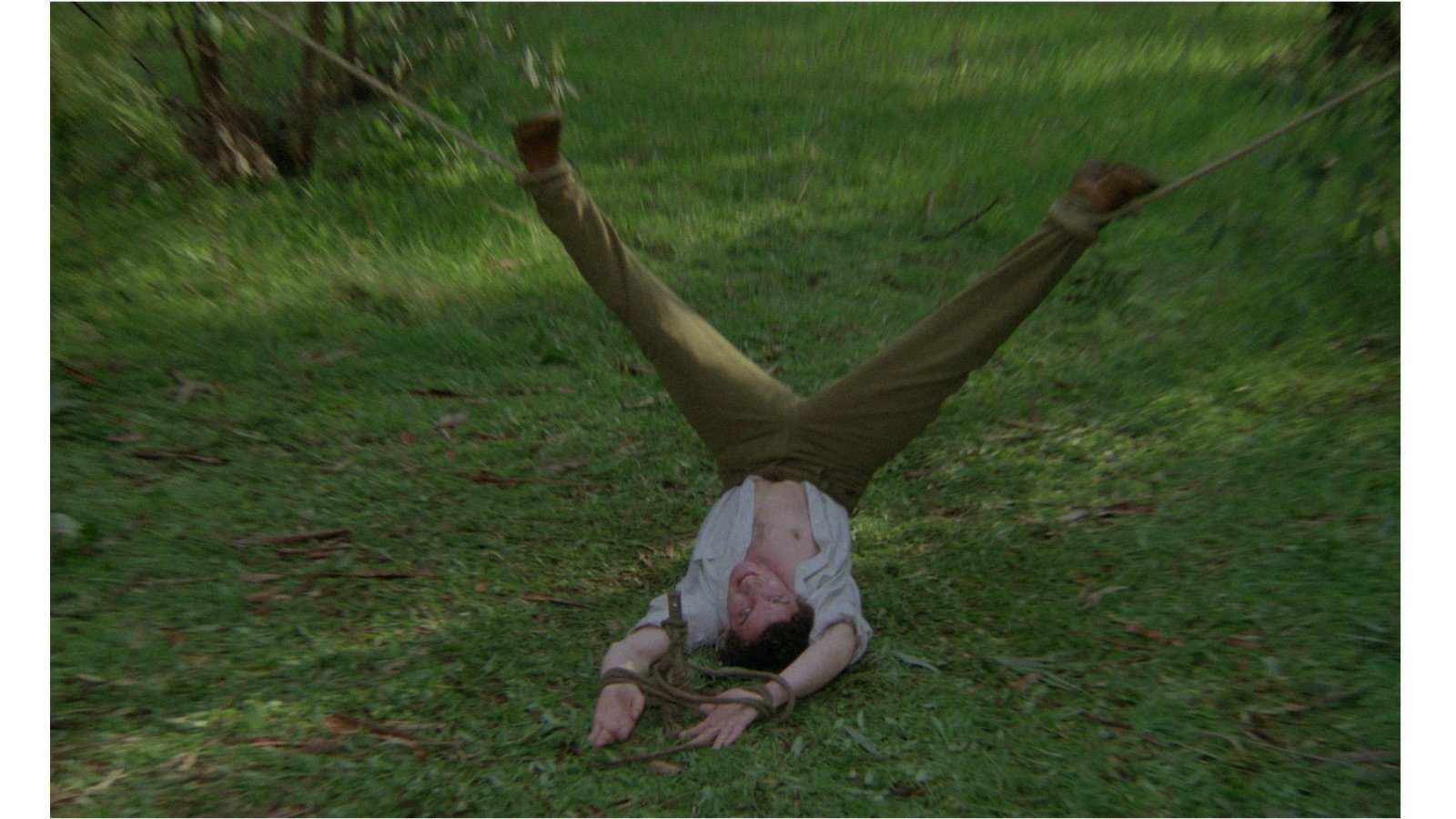 After a shocking prologue in which a handful of medieval nuns are crucified at the hands of an angry mob, the film picks up in the present with a Canadian archaeological expedition to explore a crumbling Sicilian convent. Professor Paul Evans (Brett Halsey) spearheads the excavation, which disturbs the remains of the long-dead sisters, causing his psychic lover, Liza (Meg Register) to have bizarre and unsettling visions. When members of the dig team start turning up dead, Liza takes it upon herself to discover the truth behind the monastery and the evil that occurred there.

Along with Fulci mainstay, Halsey (The Devil’s Honey), DEMONIA also features Lino Salemme (Demons), Al Cliver (The Beyond, Zombie) and the director himself as an Interpol inspector. All the Fulci signatures are present and accounted for, with enough killer cats, eye trauma, gratuitous nudity, and dreamy incoherence to please most any stan of the Godfather of Gore.  As confirmed by uncredited co-writer/assistant director Antonio Tentori on the disc’s special features, DEMONIA is filled with purposeful visual and thematic reference’s to the director’s earlier work. This makes DEMONIA feel like a “greatest hits” of sorts, though it does have an atmosphere all its own (courtesy of its intoxicating Sicilian location) and it’s a good deal of fun seeing Fulci dip his toe into the profane waters of the Italian nunsploitation subgenre, even if the result is among his B-tier efforts. 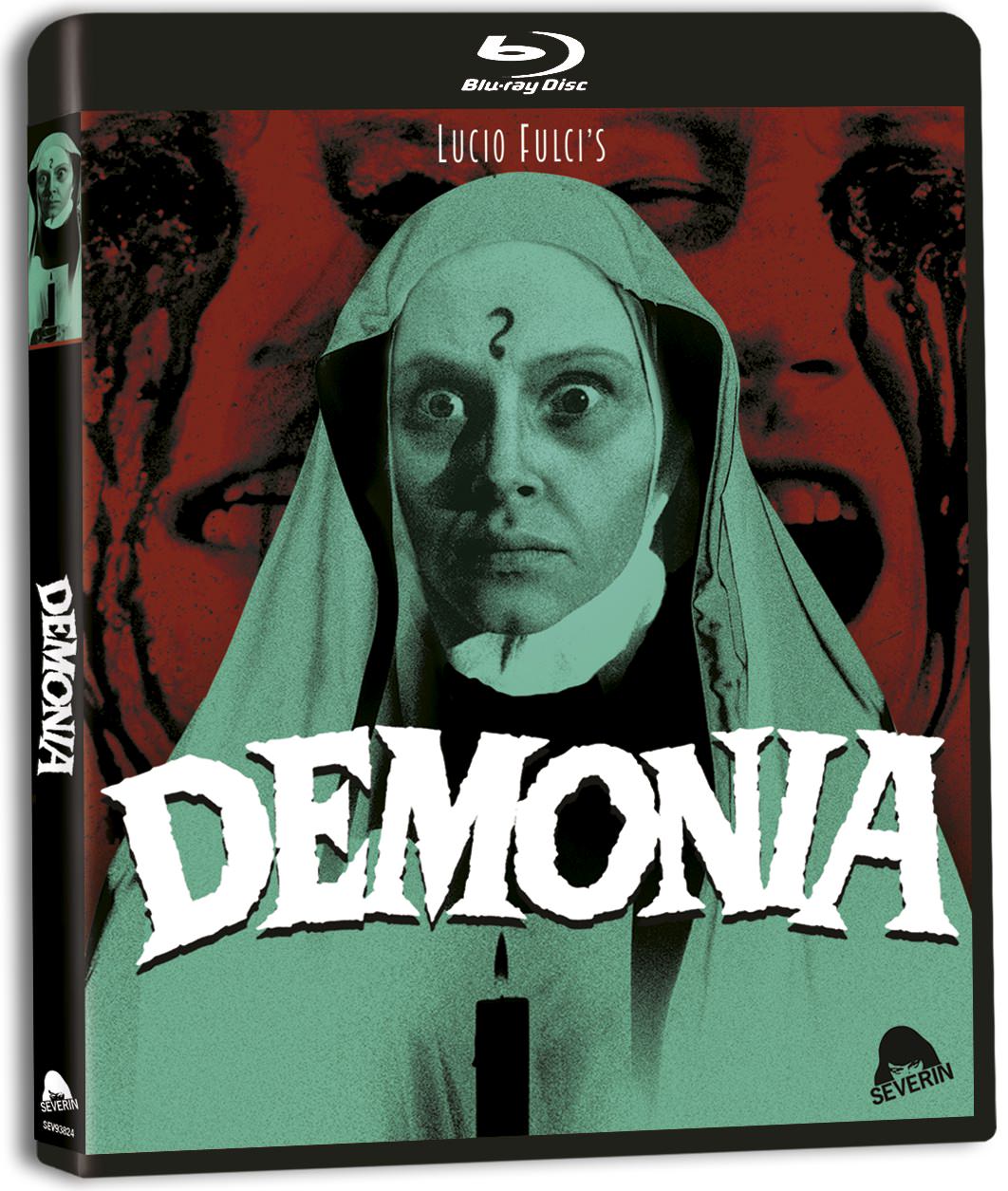 Severin Films presents DEMONIA in a new 4K scan from its original negative (“recently discovered in the attic of a Collevecchio convent,” of course!), and the result is awesome. The crypt scenes, in particular, are especially impressive, with Luigi Ciccarese’s cool-hued, hazy photography allowed to shine. Special Features include an interview with the aforementioned Antonio Tentori, a longtime fan who found himself working with Fulci toward the end of his life, an interview with camera operator Sandro Grossi, a wonderful archival interview with the director on set during the making of the film, and an original trailer. Stephen Thrower (author of Beyond Terror: The Films of Lucio Fulci) is on hand with one of his typically insightful, can’t miss commentaries that adds immeasurably to appreciating DEMONIA’s strange pleasures.

If undead abbesses spewing green goo sounds like your bag, DEMONIA delivers. Lucio Fulci’s late-life output is frequently dismissed, but labels like Severin, in their quest to keep up with the demand for more of the director’s work from his ever growing 21st century fanbase, are treating even his least-loved films with the care and consideration they deserve. Severin’s 4K scan is unsurprisingly great, and the assembled special features go a long way to remind viewers just how much skill went into this underseen gothic nunsploitation shocker. Those new to the Godfather of Gore’s peculiar brand of spaghetti splatter shouldn’t start here, and even casual fans may find the languorous pace and creaky (but still nasty) effects a bit unsatisfying, but for diehards, DEMONIA is almost as close to premium grade Fulci as it gets.