Check Out the New Trailer for the Horror Short “DEAD AIR”

Back in the June installment of Short Cuts I gave a shout out to Dead Air, hard rock horror short from writer Chris La Vigna and director Matt Sullivan.  The film is sleek with a real nasty streak, and features some fun music to boot.  Now, you can check out the trailer which just got released this week.

It’s Halloween night at 101.5FM, one of the last bastions of rock ‘n roll radio.  Hotshot DJ Mickey Monstro is spinning records and partying hard as usual.  In between songs, he tells the story of Rockin’ Roxanne Ruzzio, a struggling musician who died at the station back in the’80s, much to the delight of his listeners and the chagrin of his producer Tanya.  When he mysteriously finds a 7-inch vinyl of Roxanne’s band, he can’t help but play it on air.  Once he does, the vengeful spirit of Roxanne is awoken and she’s got a new song to play for Mickey and all his listeners;  one that rocks so hard, it’ll blow their brains right out of their skulls. 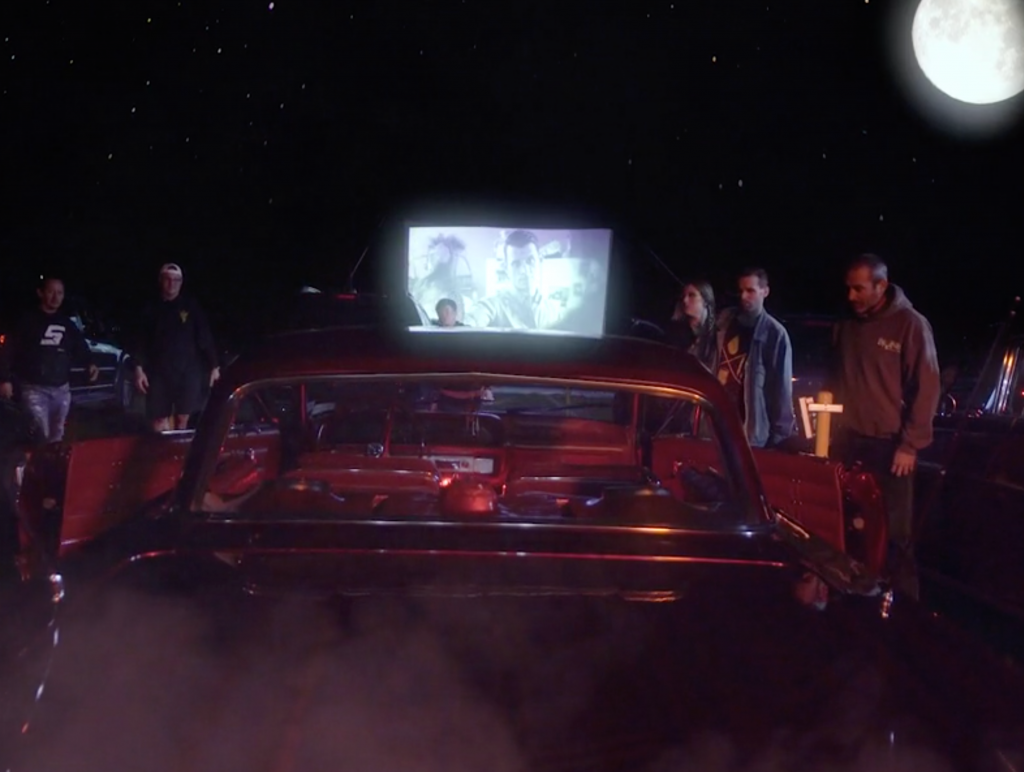 Dead Air is currently making the festival rounds, so check back with the film’s Facebook page for updates and to see if it’s coming around your neck of the woods.