“CHUCKY” series gets a trailer and premiere date

The deadly doll’s creator is bringing him to the small screen, with bloodthirstiness intact.

USA and Syfy have announced a debut date of October 12 at 10 p.m. for CHUCKY, a continuation of the franchise spawned by the 1988 sleeper hit. Don Mancini, who has scripted all of the films and directed several, is the creator of the show and one of its executive producers, along with the movies’ longtime producer David Kirschner, Nick Antosca (ANTLERS), Alex Hedlund and Harley Peyton (TWIN PEAKS). Brad Dourif returns as the voice of Chucky, and several other veterans of the big-screen franchise make appearances as well, including Alex Vincent as Andy, Fiona Dourif as Nica, Jennifer Tilly as Tiffany and Christine Elise as Kyle from CHILD’S PLAY 2. The synopsis: “An idyllic American town is thrown into chaos after a vintage ‘Good Guy’ doll turns up at a suburban yard sale. Soon, everyone must grapple with a series of horrifying murders that begin to expose the town’s deep hypocrisies and hidden secrets. Meanwhile, friends and foes from Chucky’s past creep back into his world and threaten to expose the truth behind his mysterious origins as a seemingly ordinary child who somehow became this notorious monster.” 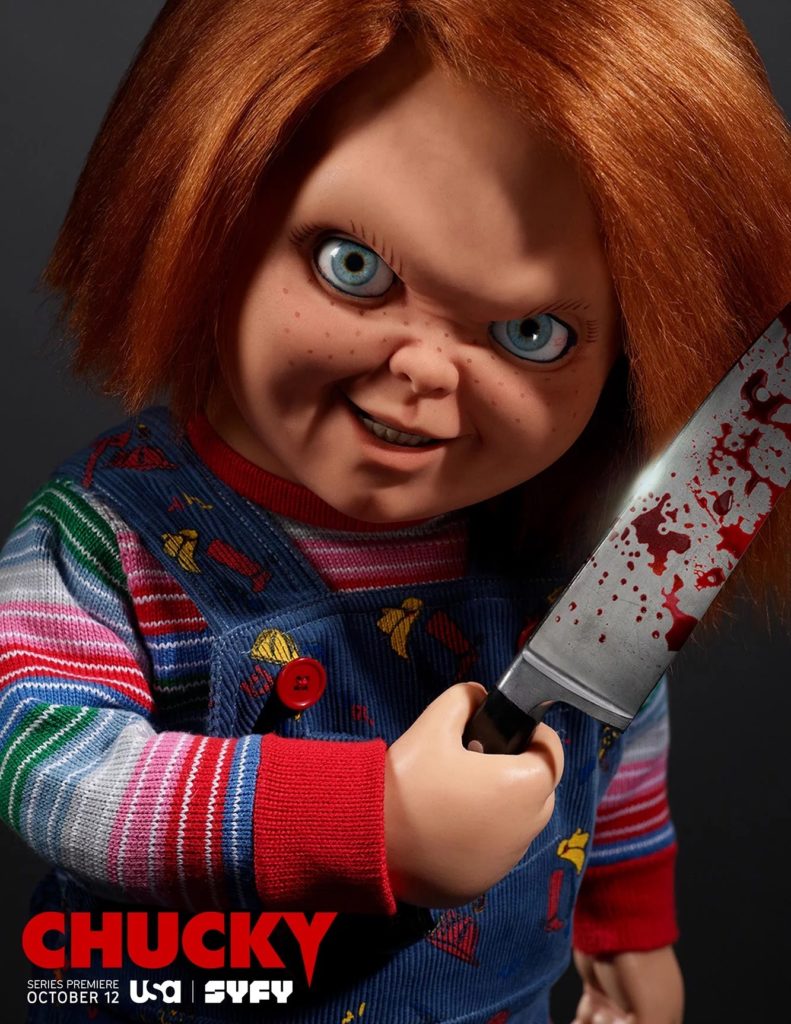