Stepping from music into film is not easy. Rob Zombie is the best example of that experiment generally going well, but he just may be the exception that proves the rule. Glenn Danzig, punk metal god, has decided to enter the world of cinema with his anthology horror movie VEROTIKA, and it is clear that he probably should have stayed behind the mic rather than step behind the camera.

The three stories that follow are not only incoherent, they are also ineptly shot. The big joke in film criticism is that when a movie it truly terrible, you can always compliment the lighting or the fact that it was at least in focus. Neither accolade is earned here. Characters are out of frame, out of focus, and (at times) obviously just waiting for the shot to end so that they can get more direction from Danzig. Sets are bare or haphazardly dressed; props look like they were made the night before out of rubber. Even the gore effects look cheap and created without any care of passion, and the seams between real and fake flesh are distractingly obvious. The only element of VEROTIKA that seems to work is the soundtrack and score; though the music is intrusive, it is a blissful reprieve from the tragedy unfolding on screen.

Of the three stories within the anthology, only one is moderately original but it makes little to no sense. “The Albino Spider of Dajette” starts with Dajette (Ashley Wisdom) hooking up with a gentleman friend, only for him to discover that she has eyes on her nipples. After he runs off in terror, Dajette’s eye-nipples shed tears which fall on an albino spider, which turns into a giant humanoid spider hellbent on murder. The creature only appears when Dajette is asleep, or awake…. the mechanics of the mythology are grossly unclear. It is possible that this story makes more sense in comic book form, but all of that coherence is left on the page, with none of its potential charm translating on screen.

Following this we have a blatant rip off of EYES WITHOUT A FACE (“Change of Face”) and a retelling of Countess Elizabeth Báthory’s exploits in bathing in virgin blood (“Drukija Contessa of Blood”). In his opening statements at Cinepocalypse, Danzig went on a tear about the abysmal state of horror today (a point we take great issue with), but he must have seen Jill Gevargizian’s THE STYLIST, because one scene in “Change of Face” is lifted directly from her beautiful short film.

There is some humor sprinkled throughout VEROTIKA, which saves it from taking itself too seriously. However, the intentional jokes here are only worthy of 1970s Saturday morning cartoons. Cops eating donuts, that sort of thing. Afterward, Danzig commented that the audience was laughing at parts he didn’t intend to be funny, but did not appear to understand why that was the case. Murmurs of VEROTIKA becoming the next metalastic cult film, a la THE ROOM, were already swirling at the karaoke afterparty, which sounds about right.

Perhaps the worst crime of VEROTIKA is that it presents itself as a horror film but never makes an earnest effort to create any horror. There is no tension, no terror, no empathetic character, or even a vague approach toward character development at all. Horror is more than hot women getting stabbed or bathing in blood, but unfortunately VEROTIKA is not.

Even with ignoring the aggressive sexism, unintentional humor, and watered down stories, VEROTIKA’s gross incompetence in the basic mechanics of film creation makes it an utter failure. Danzig’s legacy will always remain cemented in the pantheon of music, but it is painfully clear that he should rethink his cinematic aspirations. 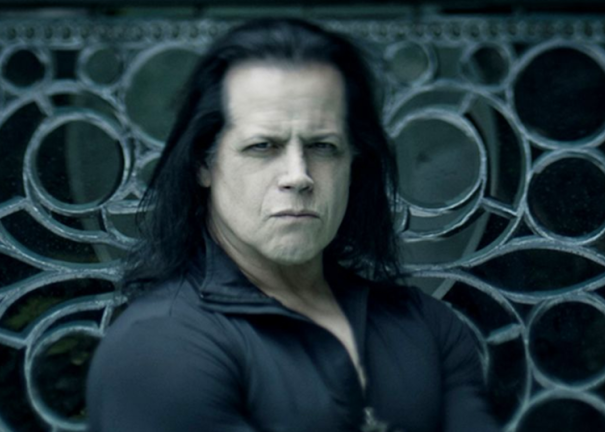