Director/producer Mark L. Lester followed up his hit CLASS OF 1984 with 1990’s more sci-fi/horror-oriented CLASS OF 1999, which is now making its way to special-edition Blu-ray as part of Lionsgate’s Vestron Video Collector’s Series.

The CLASS OF 1999 Blu-ray streets January 30, 2018, presenting the movie in 1080p high-definition 1.85:1 widescreen. Scripted by C. Courtney Joyner, it stars Bradley Gregg, Traci Lin, Malcolm McDowell, Stacy Keach, Patrick Kilpatrick, Pam Grier and John P. Ryan. The synopsis: “The time is the future, and youth gang violence is so high that the areas around some schools have become ‘free fire zones’ into which not even the police will venture. When Miles Langford [McDowell], the principal of Kennedy High School, decides to take his school back from the gangs, robotics specialist Dr. Robert Forrest [Keach] provides ‘tactical education units.’ These human-like androids have been programmed to teach and are supplied with weapons to handle discipline problems. These kids will get a lesson in staying alive!” 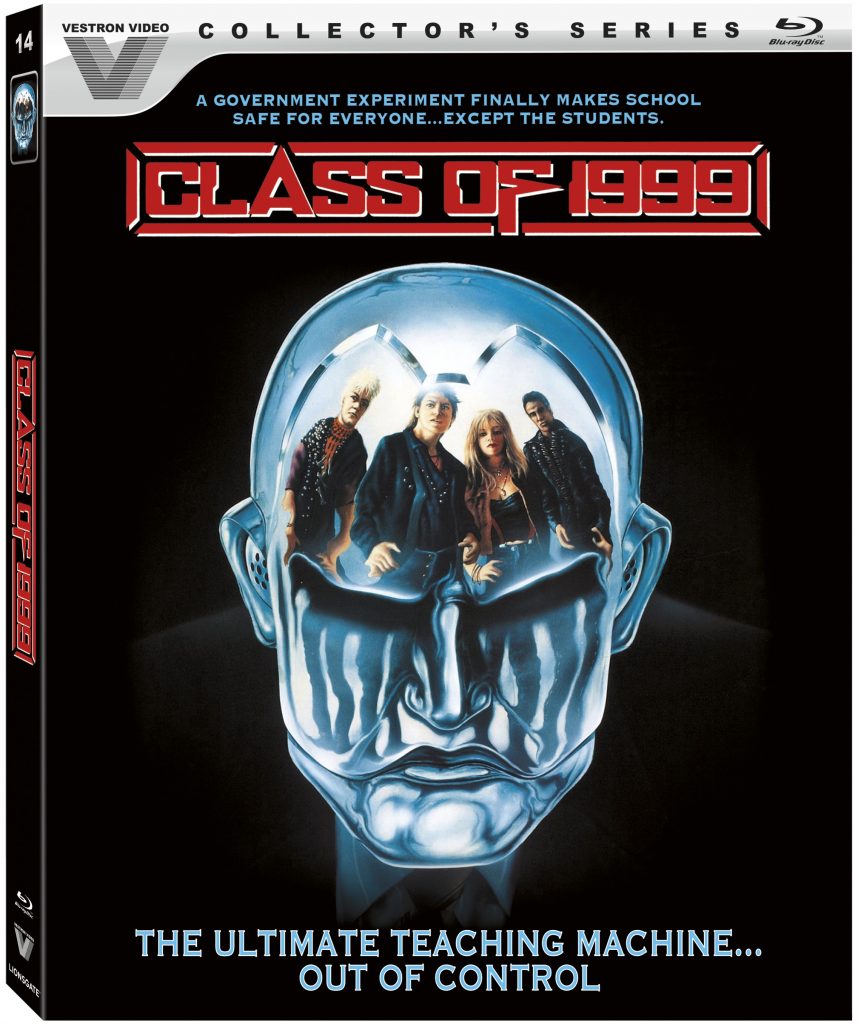