“Clue: Five Nights At Freddy’s” is a welcome update on a classic game 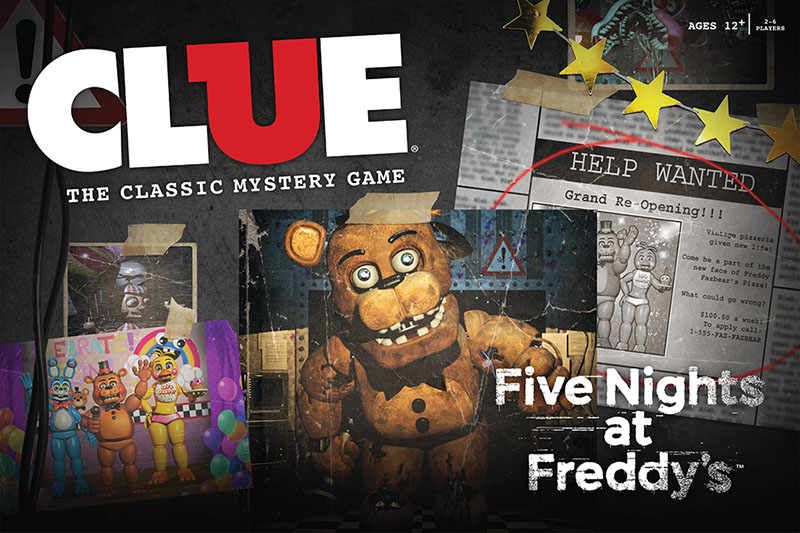 USAopoly have released the classic board game with a horror twist! CLUE: FIVE NIGHTS AT FREDDY’S EDITION features an all new board layout and themed characters. Five Nights at Freddy’s started as an indie video game series first published by Scott Cawthon for Microsoft Windows, iOS, and Android. The series features a story of a fictional restaurant named Freddy Fazbear’s Pizza, which is reminiscent of family entertainment restaurants such as Chuck E. Cheese. In the early games, you play as a night shift security guard who must use a multitude of different tools to survive against animatronic characters who come alive and homicidal overnight.

A surge in popularity has turned Five Nights at Freddy’s into a merchandise juggernaut with the murderous characters released as everything from Funko Pop figures to children’s back packs; there are even novelizations of different stories based on the games. 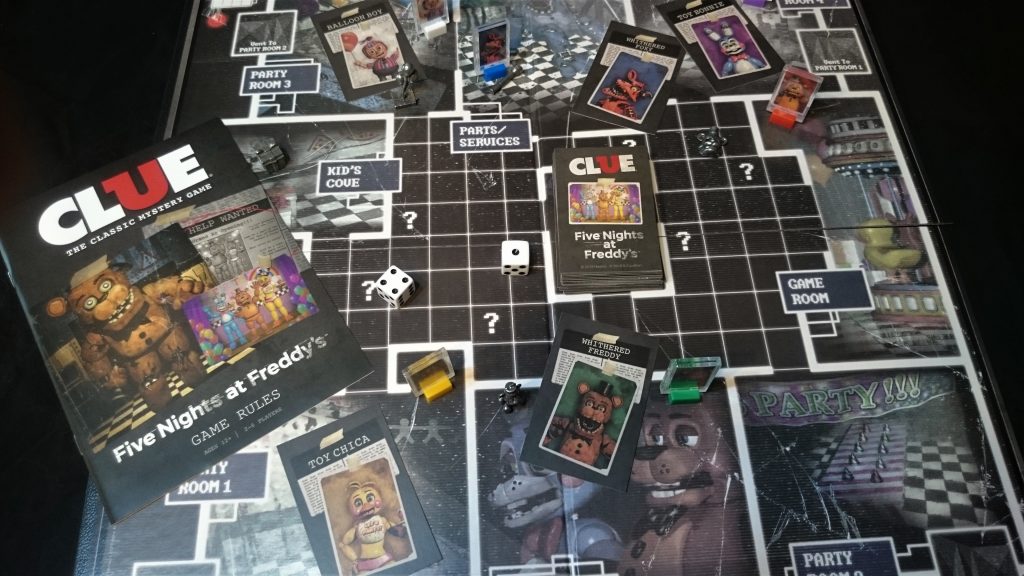 Now USAopoly have left it up to you to find out which character has murdered the security guard on the all custom game board laid out like Freddy Fazbear’s Pizza restaurant. Check through familiar rooms and find clues to see who the killer is, what they used to kill the security guard with and where they stashed him. The game is made for 2-6 players ages 12 and up. 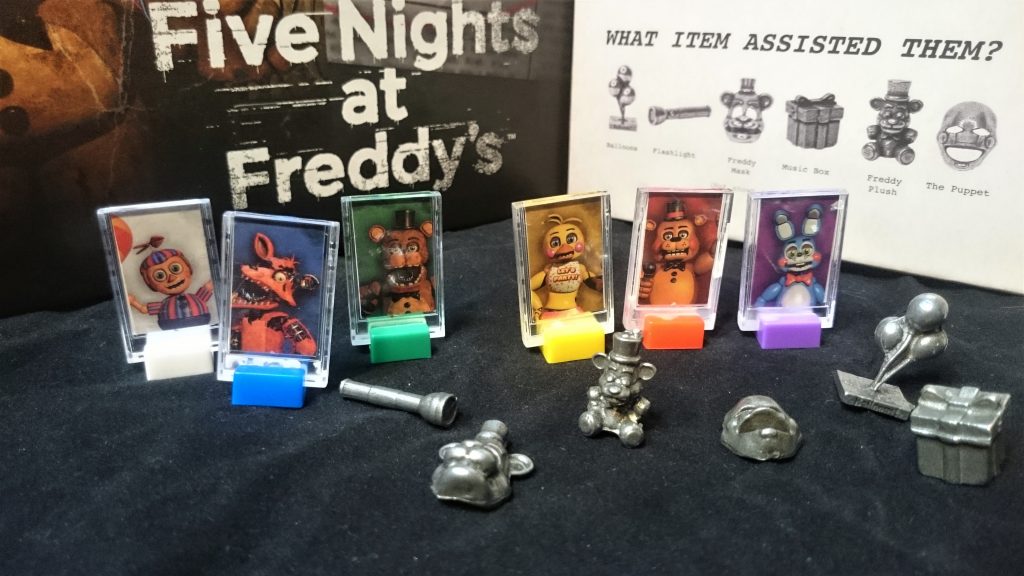 The board layout on this version is extremely unique and familiar if you’ve ever played the mobile games – they did a great job bringing the video game restaurant to life and made this very appealing to any Five Nights at Freddy’s fans. Fans of the series will be more than happy with the amount of care that went into creating the custom cards, and game pieces, which feature Freddy Fazbear, Bonnie (rabbit), Chica (chicken), Balloon Boy (humanoid) and more. 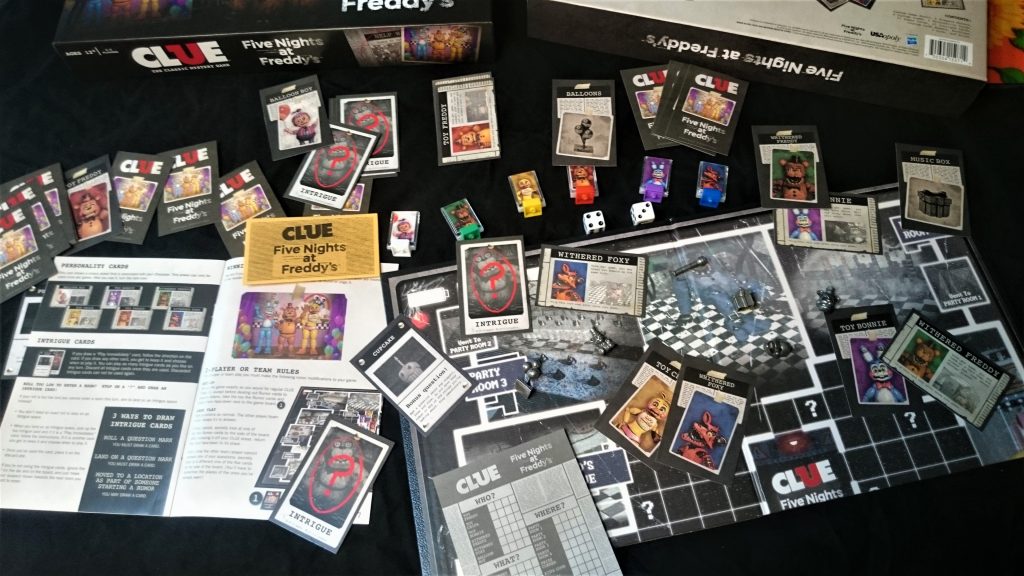 Game play is easy to catch onto and even an unfamiliar player will not feel burdened by rules. The fun factor is high even if you’re not familiar with Five Nights at Freddy’s. Overall, this entry in the classic Clue game brings new life and play-ability to an already exciting “who done it” mystery.

Clue: Five Nights at Freddy’s Edition is out now in stores, so get ready to find the killer, unless the killer is you!