“COME TO DADDY” and “AFTER MIDNIGHT”: Two of the year’s best get dates, trailers, posters

They both impressed fans and critics (including us) at festivals this past year, and now Ant Timpson’s COME TO DADDY (pictured) and Jeremy Gardner and Christian Stella’s AFTER MIDNIGHT (previously titled SOMETHING ELSE) have release dates and new promo material.

Saban Films will release COME TO DADDY, the directorial debut of noted genre producer Timpson, in select theaters and on VOD and digital platforms February 7. Toby Harvard scripted, and the cast is headed by Elijah Wood, Stephen McHattie, Martin Donovan, Michael Smiley, Madeleine Sami and Simon Chin. The synopsis: “Norval Greenwood [Wood], a privileged man-child, arrives at the beautiful and remote coastal cabin of his estranged father [McHattie]. He quickly discovers that not only is dad a jerk, but he also has a shady past that is rushing to catch up with both of them. Now, hundreds of miles from his cushy comfort zone, Norval must battle with demons, both real and perceived, in order to reconnect with a father he barely knows.” You can see our review of the movie here. 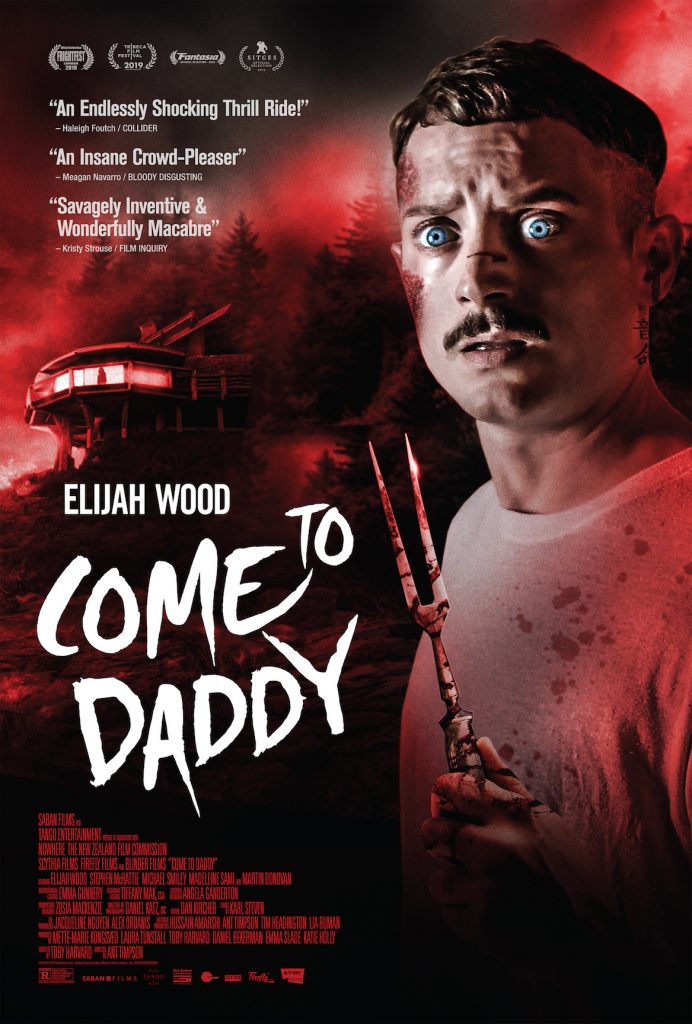 AFTER MIDNIGHT, which Gardner also wrote, is coming to theaters and VOD February 14 from Cranked Up Films. Gardner stars alongside Brea Grant, Henry Zabrowski and Justin Benson, the latter of whom produced with his SPRING/THE ENDLESS partner Aaron Moorhead and David Lawson. The synopsis: “Dealing with a girlfriend suddenly leaving is tough enough. But for Hank [Gardner], heartbreak couldn’t have come at a worse time. There’s also a monster trying to break through his front door every night.” See our review here. 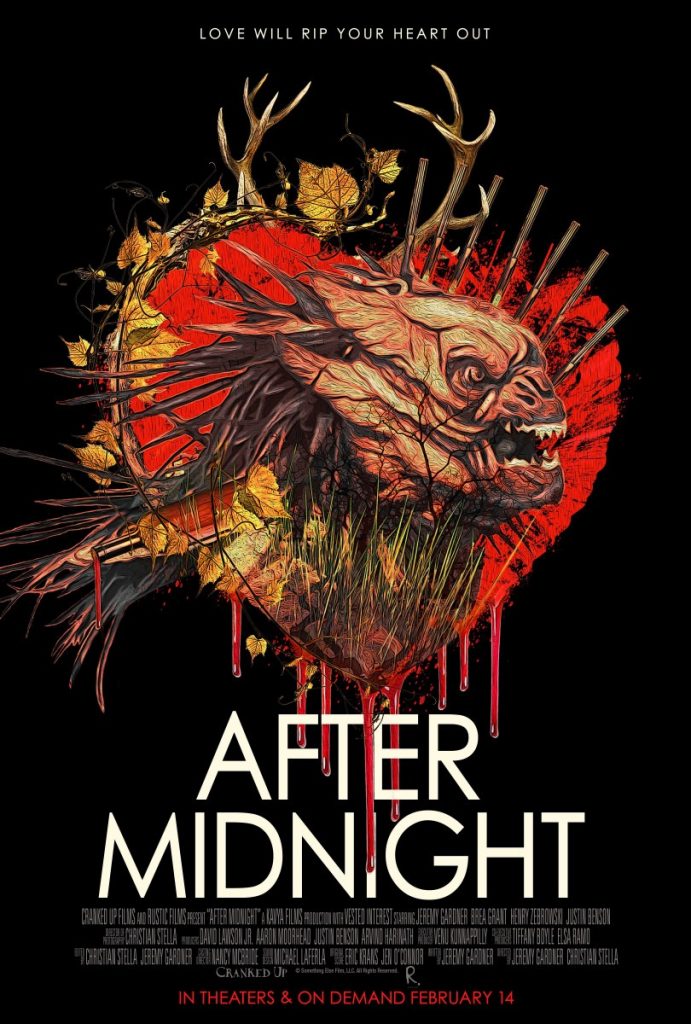