Did you know that in his early years Stephen King sold typed copies of his short stories at his school? That it took him more than thirty years to write his legendary Dark Tower series? Or how about that Thinner was the novel that revealed his “Richard Bachman” pseudonym to the world?

This is just a sample of some of the many fascinating facts, trivia, and little-known details about the life of King that can be found in Stephen Spignesi’s forthcoming book Stephen King, American Master: A Creepy Corpus of Facts about Stephen King & His Work.

In this Rue Morgue exclusive, Spignesi reveals the haunting cover art for his highly anticipated book. Designed by Dean Samed, the cover pays homage to the Master of the Macabre and features King’s iconic typography re-imagined Cody Corcoran. 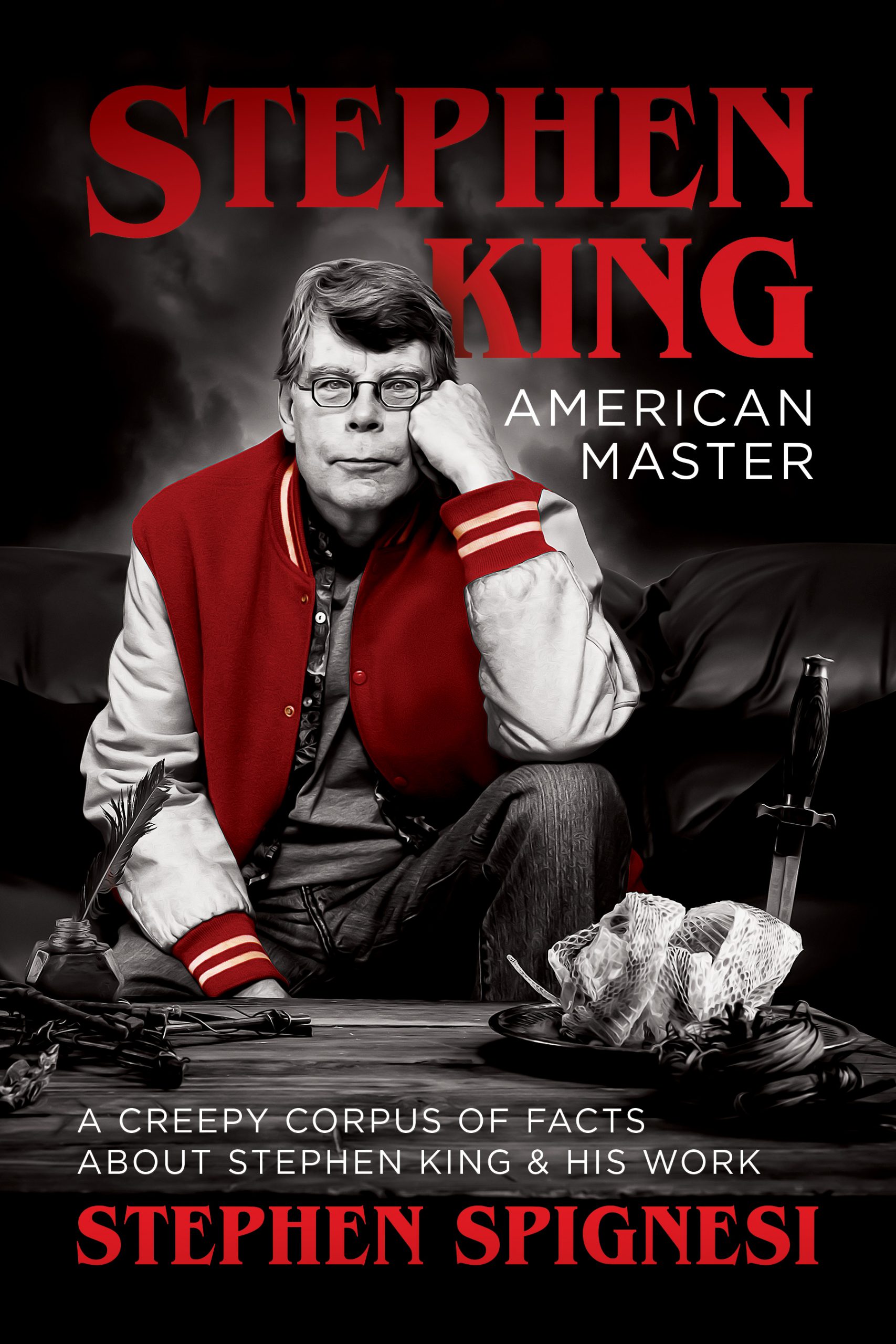 Spignesi is a world authority on King, and his first novel Dialogues was hailed as a “reinvention of the psychological thriller.” The New York Times bestselling author is also a professor at the University of New Haven and Gateway Community College, novelist, poet, screenwriter, and musician.

Stephen King, American Master is a must-read for King fans, and provides a variety of interviews, essays, and insights, from the casual to the fanatical.

Stephen King, American Master is scheduled to be published by Permuted Press in October 2018. Stay tuned for release details.