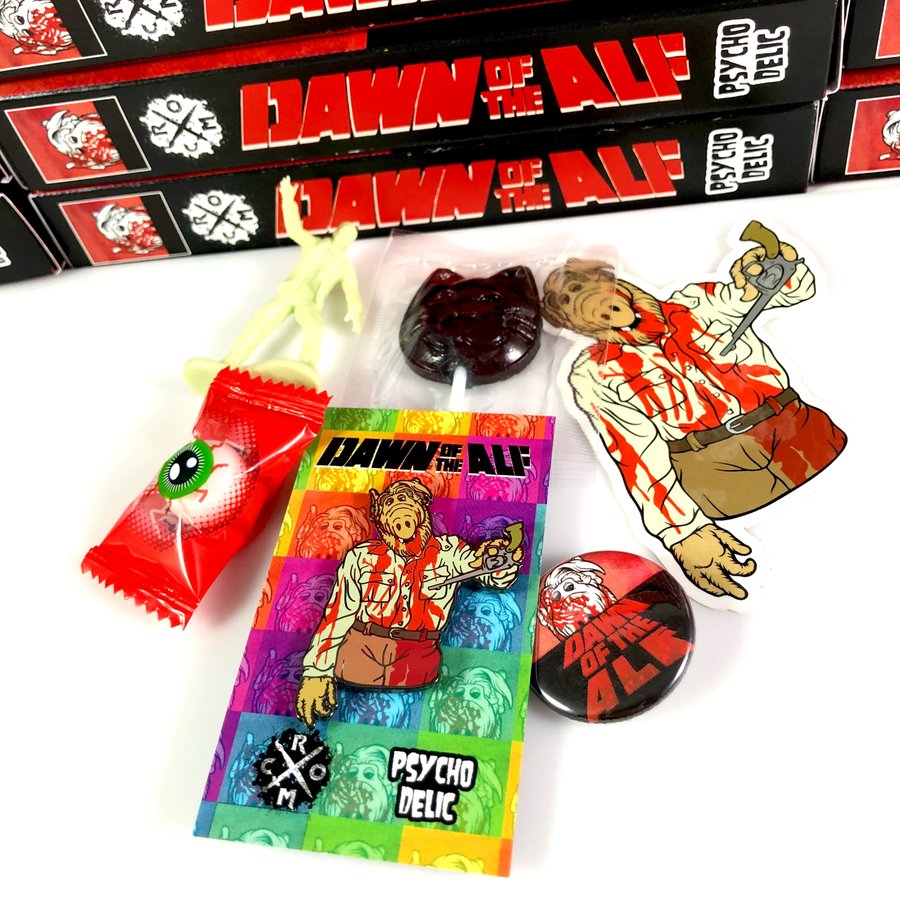 Artist CRØM WØRX out of Missoula, Montana has a special talent for creating some of the most eye-popping horror-themed collectibles around. His knack for mashing up the genre with a cartoon pop culture flare is a skill that takes a gifted artist to successfully pull off. Select merch that is available in the his online store and consists of amazing holographic stickers, funny, yet frightening enamel pins, creepy inventive patches, ghoulish t-shirts, hoodies and tank tops. 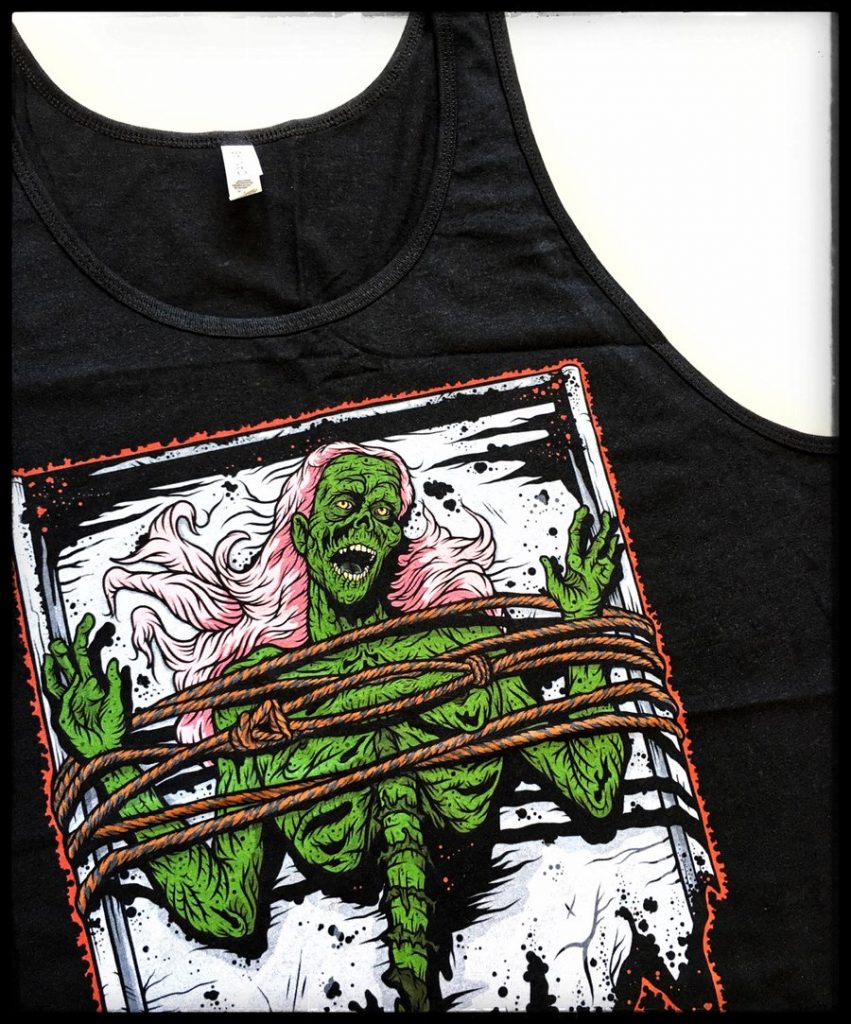 Keegan Serig, the artist behind CRØM WØRX, was deterred from the pursuit art and illustrations due to a stint in college which ut him off with its “pretentious silliness”. In childhood he often stayed up late to catch films on cable that he wasn’t supposed to be viewing, and supplementing that with VHS releases. As to how he came up with his artist alter ego namesake, he says: “I illustrate under the pseudonym Crom as an homage to Arnold Schwarzenegger as Conan the Barbarian, my first and most loved film, as well as my childhood hero.” 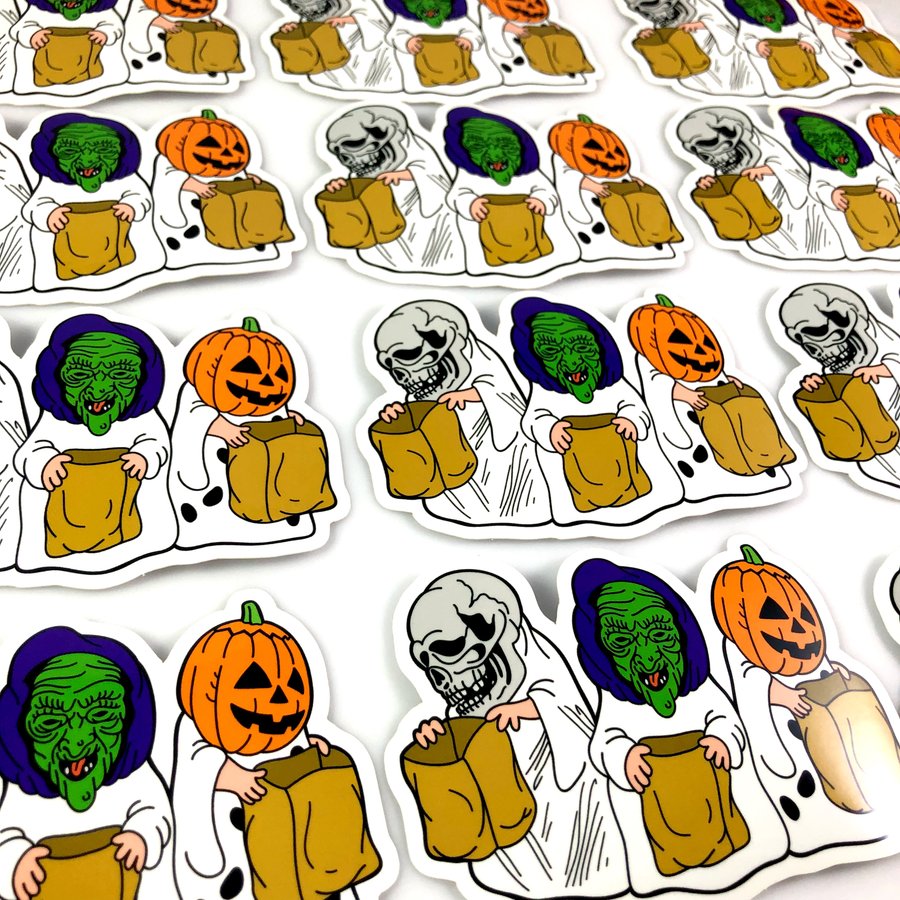 Being a horror and pop culture fan, a few years ago, CRØM WØRX decided to give the art game another go of it using his trusty iPad Pro. Portable technology and social medias aided him in his ability to bring his art to the masses, something which makes him grateful to this day: “The ability to create on the couch, on the go, paired with social media, really allowed me the drive to create once people started seeing my work and asking for more,” he says. “I feel lucky as fuck every day that people dig what I do.” 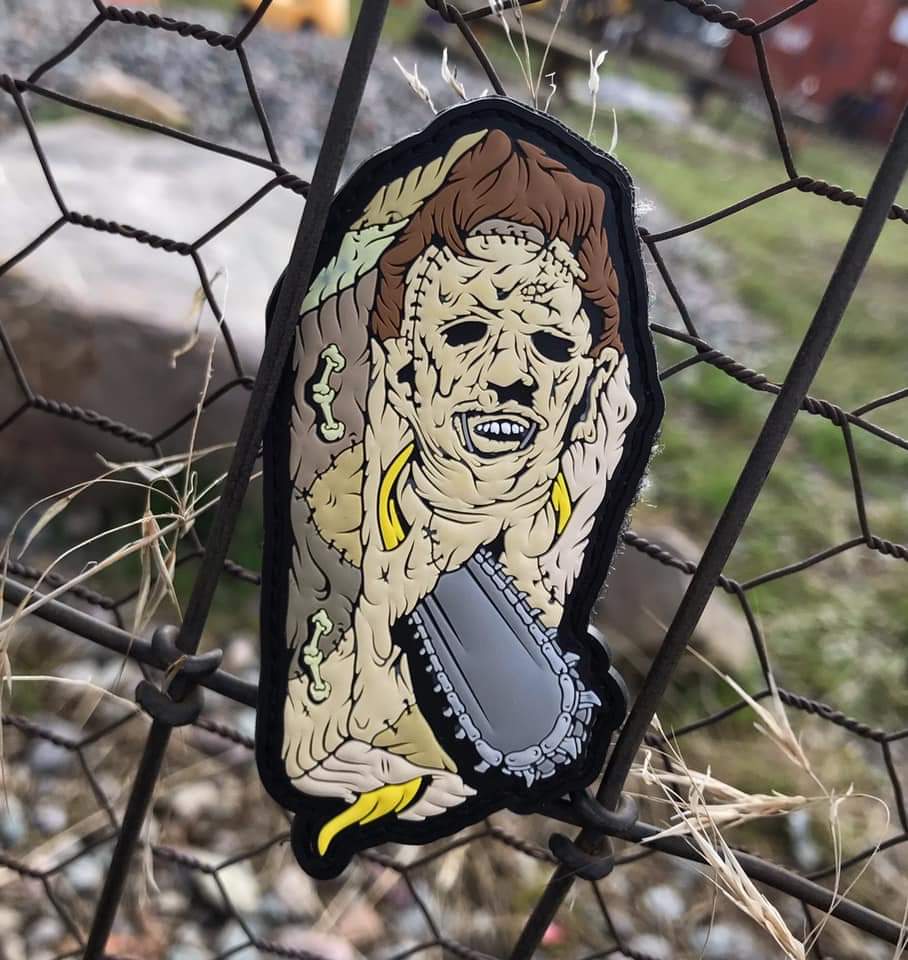 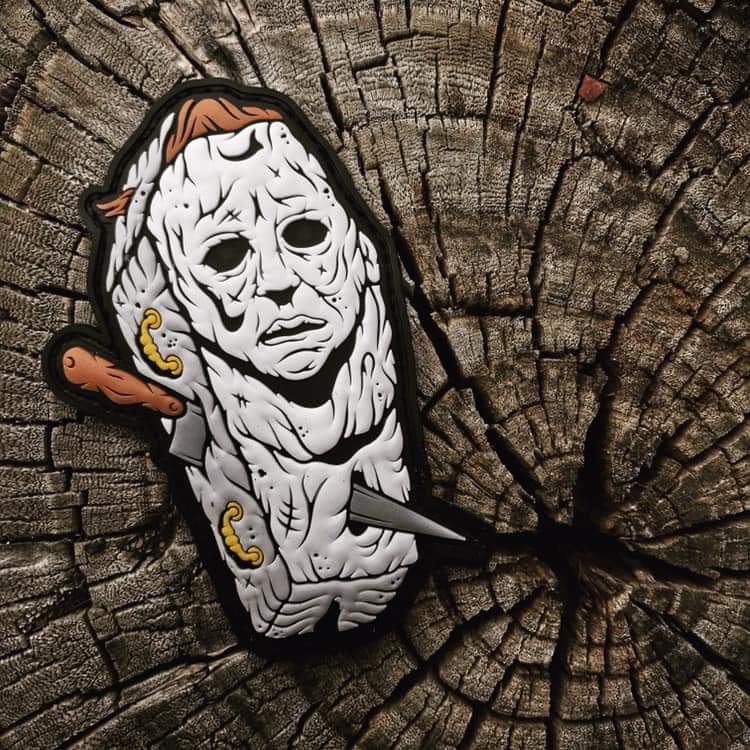 One of his genius product lines is THE KILLER COFFIN PATCHES, made of detailed thermoplastic PVC material. These 3.5 inch patches have a Velcro backing with an included contour cut piece of additional paired Velcro piece, which can be sewn onto a material surface (clothing), so that the patch is removable. The LEATHERFACE and MIKEY KILLER COFFIN PATCHES are the first two horror-related releases in this line which will see 10 patches in total, with ultra rare colour variants limited to just 13 mixed in (everything patch related happens in CRØM WØRX’s Facebook group “Crøm’s Møuntain”. 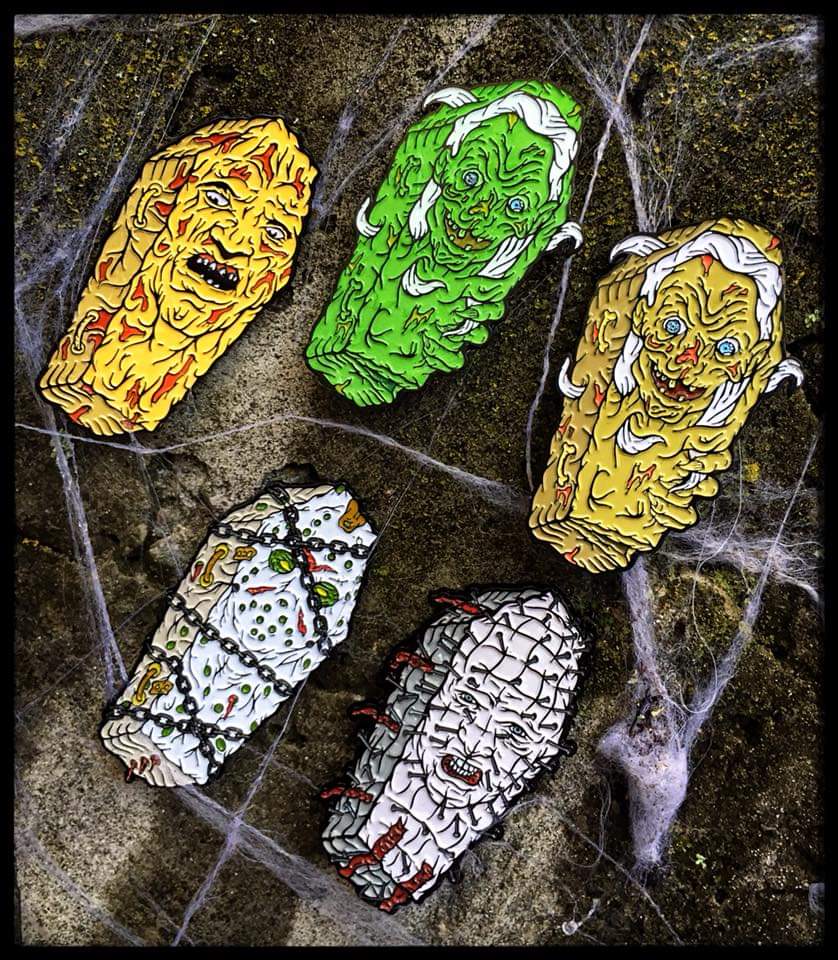 More Killer Coffin patch releases (which have a few designs out right now available as enamel pins and vinyl stickers) will emerge from their caskets over the next few months, so be sure to follow CRØM WØRX on his social media accounts and check out his e-store for more creative horror merchandise, which is sure to kick-start any horror fan’s wardrobe and accessories.

Use coupon code RUEMORGUE for 25% off your order!