The adaptation of a novel whose co-author is described as Germany’s Stephen King will soon see American release, and we’ve got the details, promo material and words from the filmmaker.

Dark Sky Films will bring CUT OFF to digital platforms July 3. It was written and directed by Christian Alvart, the German filmmaker whose credits at home include the Norman Reedus-starring ANTIBODIES, and who also helmed the Hollywood productions CASE 39 and PANDORUM. For this one, he adapted the international best-selling novel by Sebastian Fitzek and Michael Tsokos. This writer spoke to Alvart a while back about CUT OFF, and he notes, “Michael is actually the leading forensic pathologist in Germany, and had written a couple of true-crime best sellers; this was his first foray into fiction. And Sebastian Fitzek, you could say, is the Stephen King of Germany. The story is about a forensic pathologist called in for an autopsy of a very gruesome body, and he finds a little capsule in its head and opens it, and under a microscope, he recognizes his daughter’s phone number. Someone is sending him messages, and he doesn’t know who’s manipulating the bodies, so it’s kind of a game that someone is playing with him, where he has to find the next corpse and the next clue to save his daughter’s life. 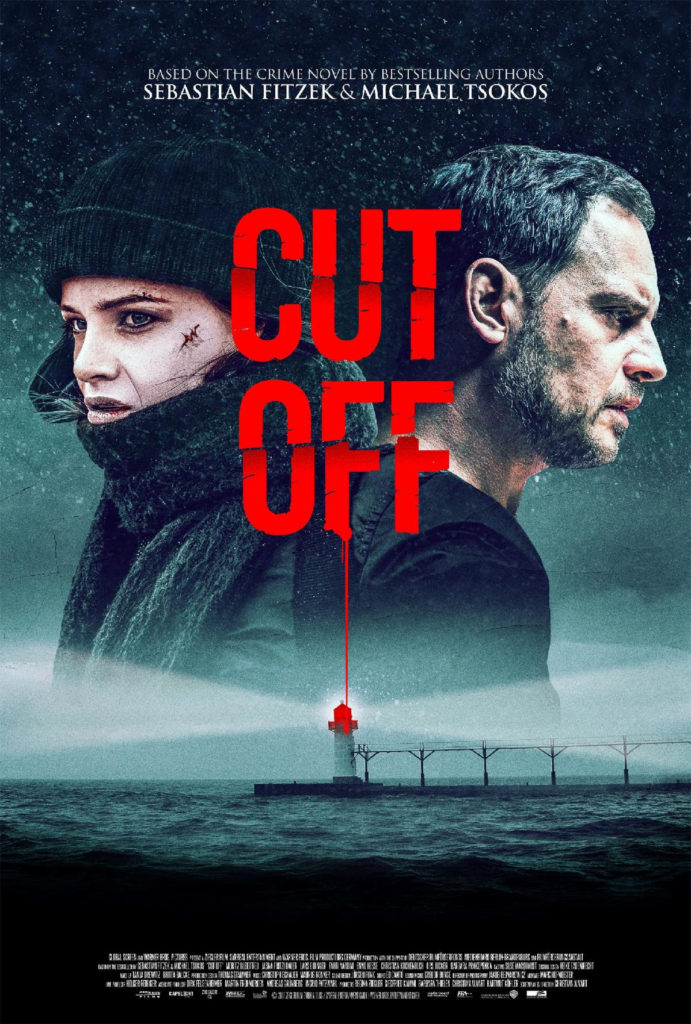 “Fate has it that the next body appears on an island in the North Sea, and he can’t get there because it’s cut off by a storm,” Alvart continues. “A young woman who’s a comic artist has found the body, and is the only one he can talk to by phone. So he tries to convince her to do the autopsy—like a remote-controlled operation. What I love about the concept is that she is like the audience; she doesn’t have the first clue about autopsies or cadavers or anything, so while she’s trying to steel her nerves, she does so alongside the audience, and we get to know more and more about forensic pathology in a way that I believe had never been done on a big screen before.”

The cast is headed by Moritz Bleibtreu, star of the international successes RUN LOLA RUN and DAS EXPERIMENT whose Hollywood credits include MUNICH, SPEED RACER and WORLD WAR Z. Appearing in a villainous role is Lars Eidinger, who previously acted for Alvart in the TV movie BOROWSKI AND THE SILENT GUEST and starred in the Roland Emmerich-produced HELL. The cast additionally includes Jasna Fritzi Bauer, Fahri Yardim, Enno Hesse, Christian Kuchenbuch, Urs Jucker and Barbara Prakopenka.

“We built all these autopsied cadavers in different stages, to show what that really looks like,” Alvart says. “I went to 20-plus autopsies to prepare for the film; Michael Tsokos invited me and gave me full access. So there are a couple of things in the film that are very different from what you usually see on television or in movies.” For all the gruesomeness, Alvart was attracted to CUT OFF’s blackly comedic side as well. “Sebastian and Michael met on a TV show, and collaborated after that because they have the same dark sense of humor. That’s also something I liked about the book—that it’s really funny. You can imagine the guy on the phone convincing this young girl to cut open a body, and there’s so much black humor they mined from that that I really enjoyed.”

Alvart was also one of the producers on CUT OFF, which gave him the creative control and freedom he didn’t always find on his U.S. studio pictures. “I don’t think my experiences were unique, in the sense that a lot of people have had them, but I had a great time with both [CASE 39 and PANDORUM]—meeting the producers, coming up with ideas of how to do the films, sharing a vision. And while shooting them, I was still very happy. But when we got into the editing process, suddenly going after the best possible creative solution was seen by some of the people I worked with as being difficult, just because I was fighting for the best possible cut. I don’t think I’m difficult, but they did, so it became very stressful. I still love those two movies, like you love all your children, but they have stuff in them that I’m not 100 percent behind. There are things in both that I never would have done myself if I’d had the final say.”