DEAD END (Punto Muerto) opens in 1907, in room 217 of the Deja Vu Hotel, where blind Marie Rathbone (Maria Eugenia Rigon), typing braille at her desk, is attacked by masked criminal mastermind The Wraith, who first stabs her with a rapier blade, and then strikes her in the head with her own typewriter. If this seems a decidedly literary way of killing someone, using their own writing instrument to destroy them (and letting them continue, as they die, to scratch Braille into the room’s wall), then this film, written and directed by Daniel de la Vega (WHITE COFFIN, 2016; I AM TOXIC, 2018), is concerned with mystery writers (and readers), literary thefts and murders of a most prescribed kind. This opening scene is part of the latest mystery manuscript, DEAD END, to have been written by ageing, alcoholic Luis Peñafiel (Osmar Núñez), who has made his fortune with a series of novels about a master police detective named Lieutenant Boris Vladimir Domenec. Domenec’s extraordinary powers of deduction recall Sherlock Holmes (much as the victim’s surname suggests a connection with Basil Rathbone, who famously played Holmes), while his blindness anachronistically evokes Franco Arnô, the detective (played by Karl Malden) in Dario Argento’s first giallo The CAT O’ NINE TAILS (1971).

On a train with the notoriously carping critic Edgar Dupuin (Luciano Cáceres), Peñafiel is describing the set-up of his new work, as his younger “admirer and colleague” – and potential literary rival – Gregorio Lupus (Rodrigo Guirao Díaz) sits behind before introducing himself. Peñafiel relates how the police are baffled to discover the blind Rathbone dead in a room whose windows and doors are barred from the inside, with no sign of the killer besides a single glove. Despite his blindness, Peñafiel correctly surmises the colour of the glove, recognising the taunting signature of his Moriarty-like arch-nemesis the Wraith. We, too, are blind to its colour – yellow (or giallo in Italian) – because everything in DEAD END appears in a beautifully lit, noirish monochrome, so that any reference to the ‘later’ Italian detective genre with which this film has so much in common must come in hidden, coded form. 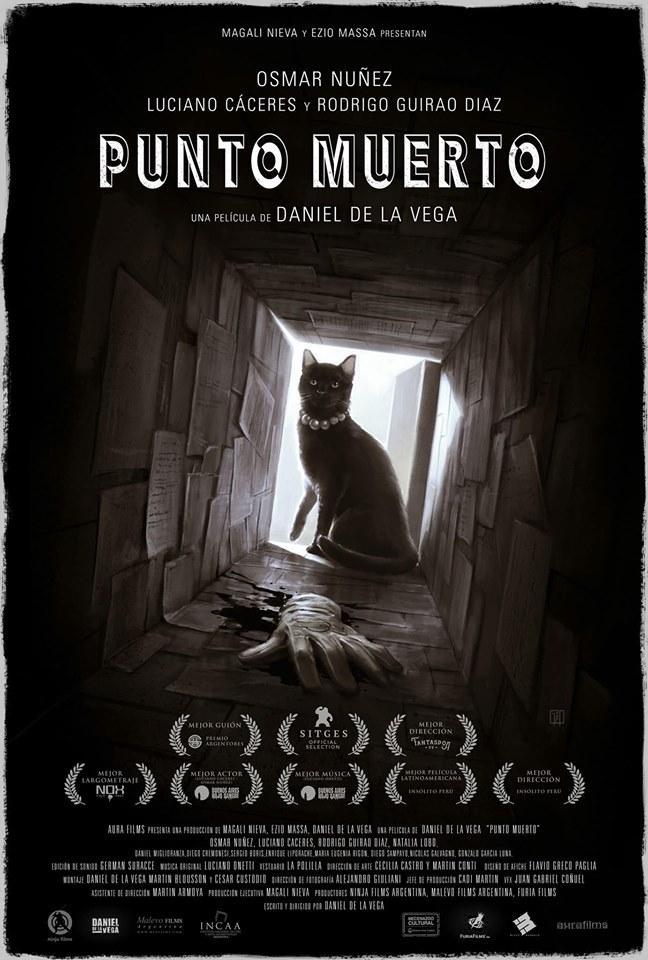 Like Peñafiel, Lupus is working on a locked-room mystery – but Dupuin insists that no writer has ever found a convincing solution to this mystery. Later, when the three men arrive at a remote hotel for a literary conference, a sense of déjà vu (suggested by the name of the invented hotel in Peñafiel’s novel) will indeed prevail, as Peñafiel is, like his literary victim Rathbone, assigned Room 217, and soon multiple locked-room mysteries will unfold. “This looks more and more like one of your novels,” Lupus correctly observes, as dead bodies and yellow gloves appear in scenarios right out of Peñafiel’s latest story. What we are seeing is the Anatomy of an Impossible Crime (which also just happens to be the title of Lupus’ latest award-winning novel), and as Peñafiel, himself the chief suspect of the investigating police, wracks his brains “to solve the literary mess he created”, he seems to be all at once the villainous mastermind, the genius detective, and the hapless, desperate victim, typing out his revisions to the end.

Dupuin accuses Peñafiel of never having resolved the locked room enigma, and of never having explained, in his previous novel, “how the criminal was in two places at the same time” – to which Peñafiel responds, “We writers like to play hide and seek. Our only rival is the reader. And the way we trick them justifies the purpose.” This serves equally as commentary on de la Vega and his antagonistic relationship with the viewer. For DEAD END also presents precisely these conundrums – characters who disappear, impossibly, from enclosed spaces and who seem somehow to be in more than one room at the same time – and instead of explaining them, challenges us to use our own powers of observation and come up with our own solutions. All the clues are there if you pay close enough attention, inscribed on the walls like Braille for those who know how to read it. 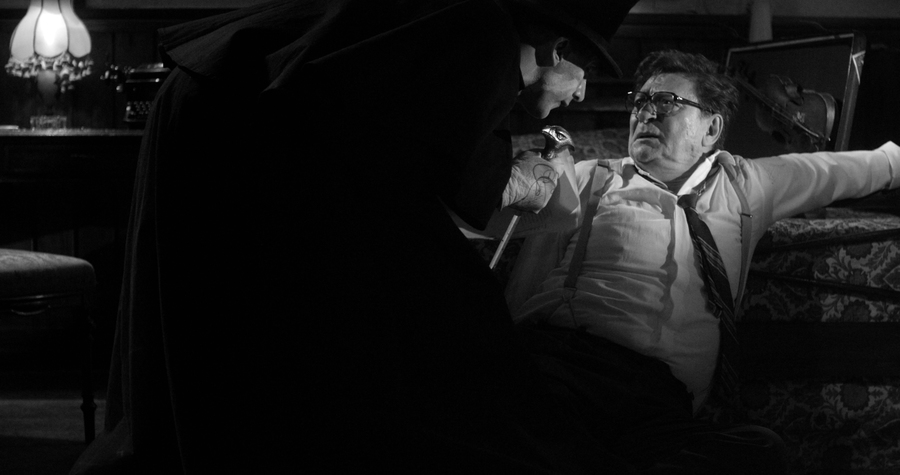 DEAD END is a highly playful detective story, featuring a disappearing cat (and a character called Schroedinger), a series of parallel, paradoxical riddles, a critical killing (or several) and a villain straight out of the serial films of Louis Feiullade. It is also a metaliterary pastiche of Edgar Allen Poe, Arthur Conan Doyle and Agatha Christie, with a grand orchestral score from Luciano Onetti (himself a director of the giallo pastiches DEEP SLEEP, FRANCESCA and ABRAKADABRA) that sets a perfectly luscious tone of intrigue and melodrama. A voiceover near the end of the film boasts of “the best mystery novel ever written – and maybe some day there will be a movie about it.” Sure enough, all this retrospective disinterment of stuffy, long-deceased genres, far from being merely a dead end, opens up primarily literary forms to cinematic treatments, and traces an invisible history apparently missing from the locked room of later giallo and slashers – which certainly appropriated, magpied and reconstituted their murderous streaks from ‘earlier’ mystery fiction like this. The dead, you see, can come back in different guise.