Death to on-line trolls as Dutch comic shocker “THE COLUMNIST” comes to the U.S.

Revenge for cyberharassment is bloody as hell in a festival favorite seeing release in May.

Film Movement has announced that it will bring THE COLUMNIST to virtual cinemas and VOD/digital platforms May 7. Praised by numerous critics (including ours), the film was directed by Ivo van Aart and scripted by Daan Windhorst, and stars Katja Herbers, Genio de Groot, Rein Hofman, Bram van der Kelen, Achraf Koutet and Claire Porro. The synopsis: “In this darkly funny horror film, Femke Boot [Herbers] is a columnist and writer suffering from endless abusive posts and death threats on social media. Femke is obsessed by these hate-filled messages and spends every moment checking her Twitter feed. This obsession consumes her life and her work suffers as she fails to write her columns and novel. One day, all her pent-up anger and frustration explode in a moment of shocking and unexpected violence.

“This brutal and bloody act inspires Femke to write again. However, her writer’s block returns and with it her addiction to social media. Secretly, Femke believes there is only one solution to her ever-growing frustration. She surrenders to her murderous rage and alternates the killing and maiming of her social media tormentors with writing her debut novel. But how long can she continue this double life? Can she hide her nightly murders from her teenage daughter and her new boyfriend, horror writer Steven Dood? And is fighting hatred with hatred really the best solution?” See the film’s festival trailer below the poster. 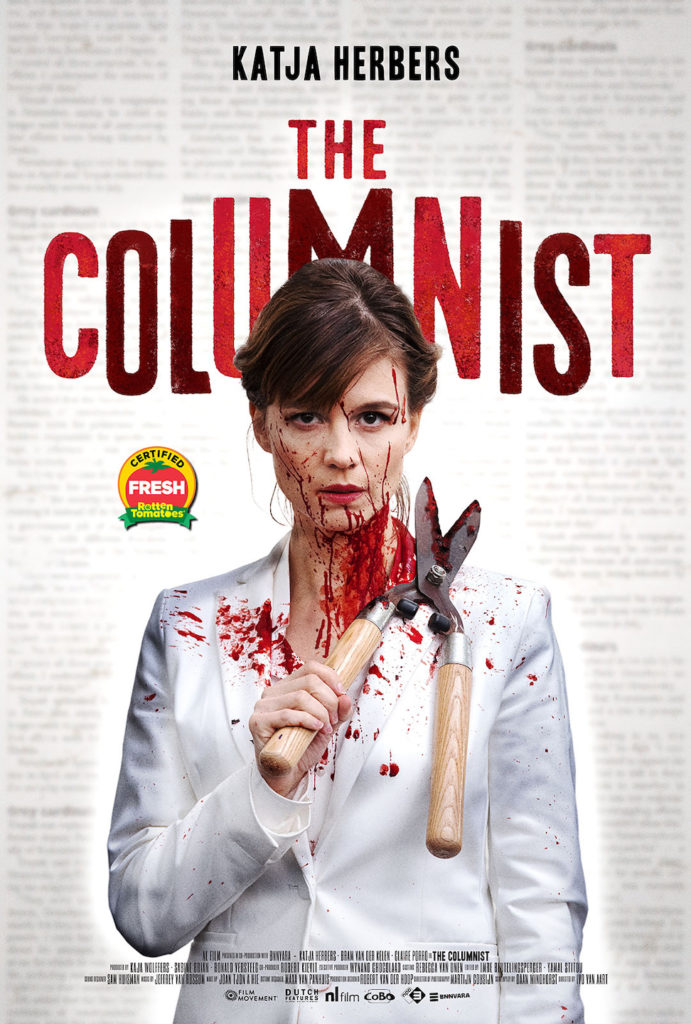