In the midst of a Stephen King screen renaissance, Shout! Factory has revealed the complete content info for its Scream Factory Blu-ray of one of the best King adaptations, MISERY, which arrives in late November.

The Scream Factory Collector’s Edition of MISERY streets November 28, and includes a new 4K restoration from the original film elements, presented in 1.85:1 widescreen. The movie for which Kathy Bates won an Oscar as addled Annie Wilkes, who holds romance author Paul Sheldon (James Caan) captive in her remote home, will be accompanied by:

Retail price is $34.93, but you can pre-order the Blu-ray from the Shout! website for $27.93 and get it two weeks early, along with a free 18×24-inch rolled poster featuring the new cover art. 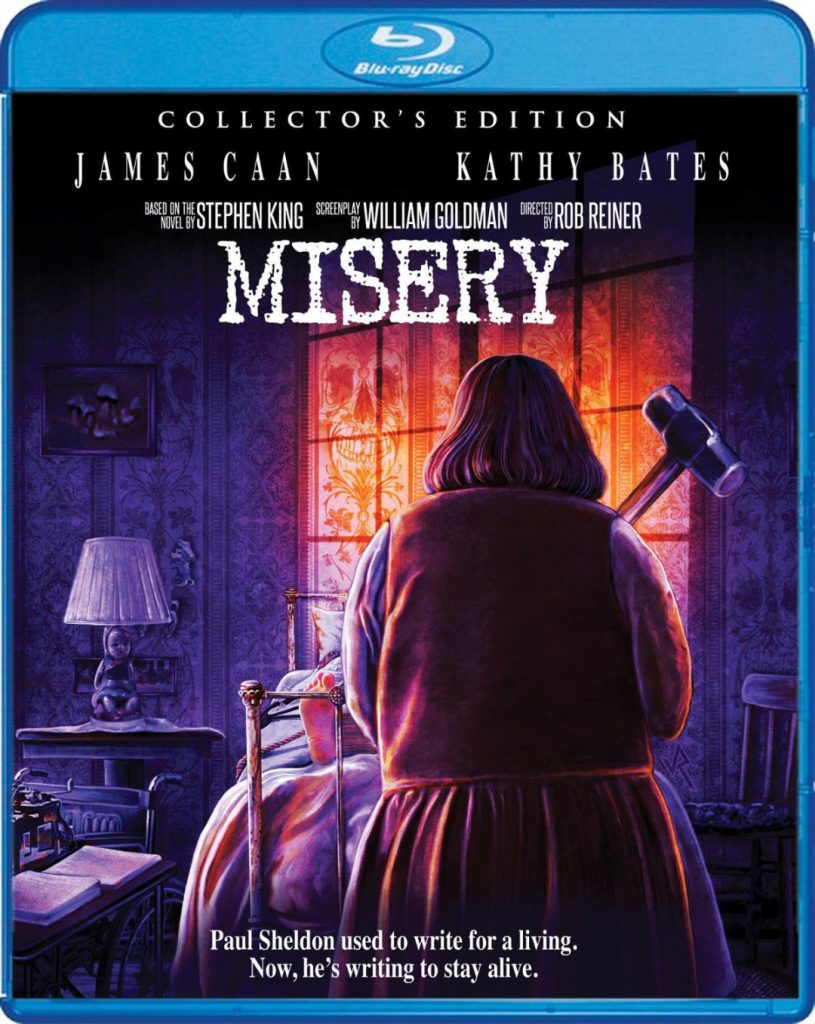