Director Michael Chaves on the twisted opening scene of “THE CONJURING: THE DEVIL MADE ME DO IT”

In anticipation of the upcoming release of THE CONJURING: THE DEVIL MADE ME DO IT in theatres and available to rent on June 4, RUE MORGUE had the opportunity to catch its opening scene and chat with Michael Chaves about why this third film is a different and darker direction for the series, his use of practical effects, and the ongoing process of collaborating with New Line Cinema and producer James Wan. 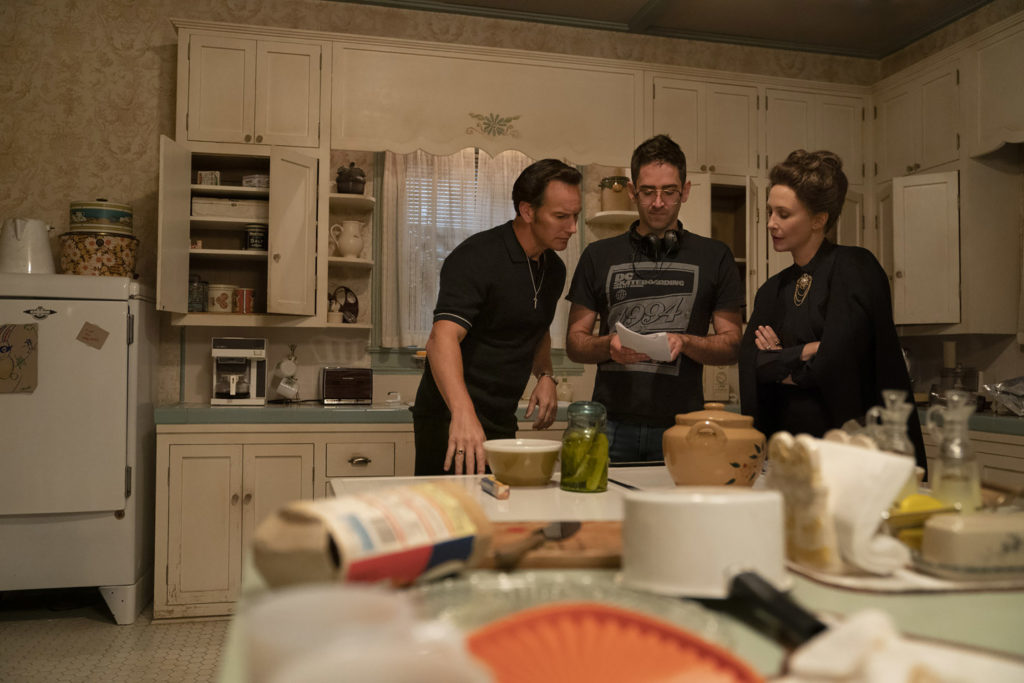 “From the beginning, we wanted to make something that felt very different, surprise fans and take the Warrens to a place they had never been before,” said Chaves. “We cannot just do another haunted house movie.”

With some sickening practical effects on display during the aforementioned exorcism, it’s clear that Chaves has brought along his eye for seamlessly blending the real with the digital as seen in 2019’s THE CURSE OF LA LLORONA and 2016’s THE MAIDEN, Glatzel’s body contorting and writhing as the Warrens fight for his soul.

“I think with THE CONJURING, a lot of what you want to see is practical. You don’t want to see a lot of CG,” he said. “All the contortions were in-camera. This little girl named Emerald did that for real. [It’s] not sped up by the computer … She really lifted herself up like that.”

“We did do a face replacement … But I do think it’s really a lost art, these practical effects. I think everybody feels rewarded and nourished seeing that stuff,” he said. “Look at John Carpenter’s THE THING … It was weird and disturbing, and that’s what I wanted in those moments in the exorcism.”

Although each subsequent CONJURING film has been marketed as the darkest yet, Chaves promises that THE DEVIL MADE ME DO IT truly is the bleakest chapter of Ed and Lorraine’s paranormal investigations seen by audiences up until this point.

“With the other stories, there isn’t a real victim that you can point to,” he said. “This is a story where there was a real murder, a man’s life was lost, and we’re telling it through the point of view of the murderer.”

Having been hand-picked by James Wan to helm this third entry, Chaves also sung the praises of the studio’s commitment to horror and the mentorship between him and Wan since working together on THE CURSE OF LA LLORONA.

“One of the things I’m most thankful for is my relationship with all the awesome people with New Line. They don’t get enough credit,” he said. “I’ve been the biggest fan of James, he’s a master of horror … I’ve learned so much from him working with him on LA LLORONA, and I’m proud to consider him my friend.”

The Conjuring: The Devil Made Me Do It is out in theatres and available to rent on June 4. Check out the trailer below.