Los Angeles – Check out the brand new poster and trailer for ERZULIE, opening May 27th in Los Angeles at the Laemmle Glendale theater. ERZULIE was directed by Christine Chen and co-written by Chen and Camille Gladney. It stars Zoe Graham, Elizabeth Trieu, Courtney Olivier, Diana Rose, Leila Annastasia Scott, and Jason Kirkpatrick. The film was produced by Christine Chen, Payten Brewer, Candice Barley, Han Soto, and Andrew van den Houten. The film has a running time of 86 minutes and will not be rated by the MPAA. ERZULIE will be released by Moth To Flame on May 27 at the Laemmle Glendale, and Gravitas Ventures and Kamikaze Dogfight will release the film on digital platforms on June 14.

Synopsis: A reunion between four friends quickly goes awry when they find themselves face to face with ERZULIE: the swamp mermaid goddess. 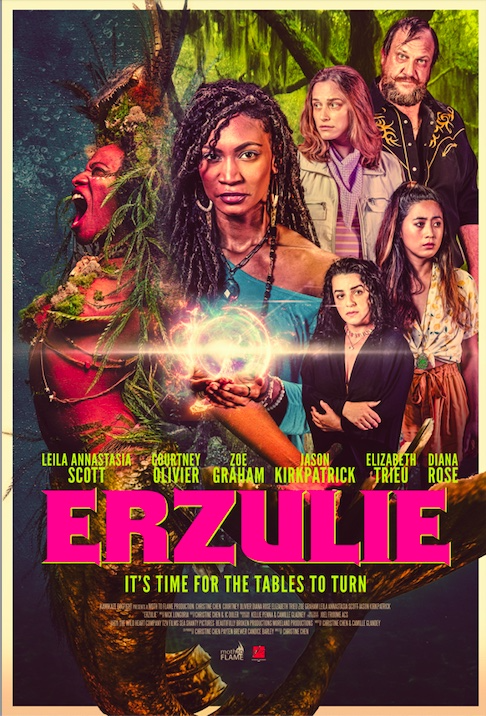