Brian and Laurence Avenet-Bradley’s award-winning ECHOES OF FEAR is out on Blu-ray this week, and we’ve got an exclusive excerpt from one of the supplements past the jump.

The clip is from the disc’s 55-minute ECHOES IN THE DARK behind-the-scenes documentary, in which the filmmakers return to the key house location at night with the lead actresses and key crew, telling stories of the shoot, mixed with a bit of real fear. Directed and produced by Brian and Laurence from Brian’s screenplay, with Laurence as cinematographer, ECHOES OF FEAR stars Trista Robinson, Hannah Race, Marshal Hilton, Paul Chirico, Elif Savas and Curt Lambert. The synopsis: “Alysa [Robinson] inherits her grandfather’s house following his sudden death from an apparent heart attack. She cannot keep the house so she travels there to prepare it for sale. While she is packing away her grandfather’s belongings, some strange and unexplained events inside the house start to spook her, and she soon comes to the conclusion that she is not alone there. Even her pet mouse senses a presence. Something supernatural lurks in the house, and she begins to believe that her grandfather was trying to find something before he died. When her friend Steph [Race] arrives, they attempt to solve the mystery, and what they uncover together forces them to confront the diabolical truth and the evil that hides inside.”

Horror Pack/FilmSpawn’s Blu-ray presents the movie in 16×9 widescreen with Dolby Digital 5.1 Surround audio, and the other extras are: 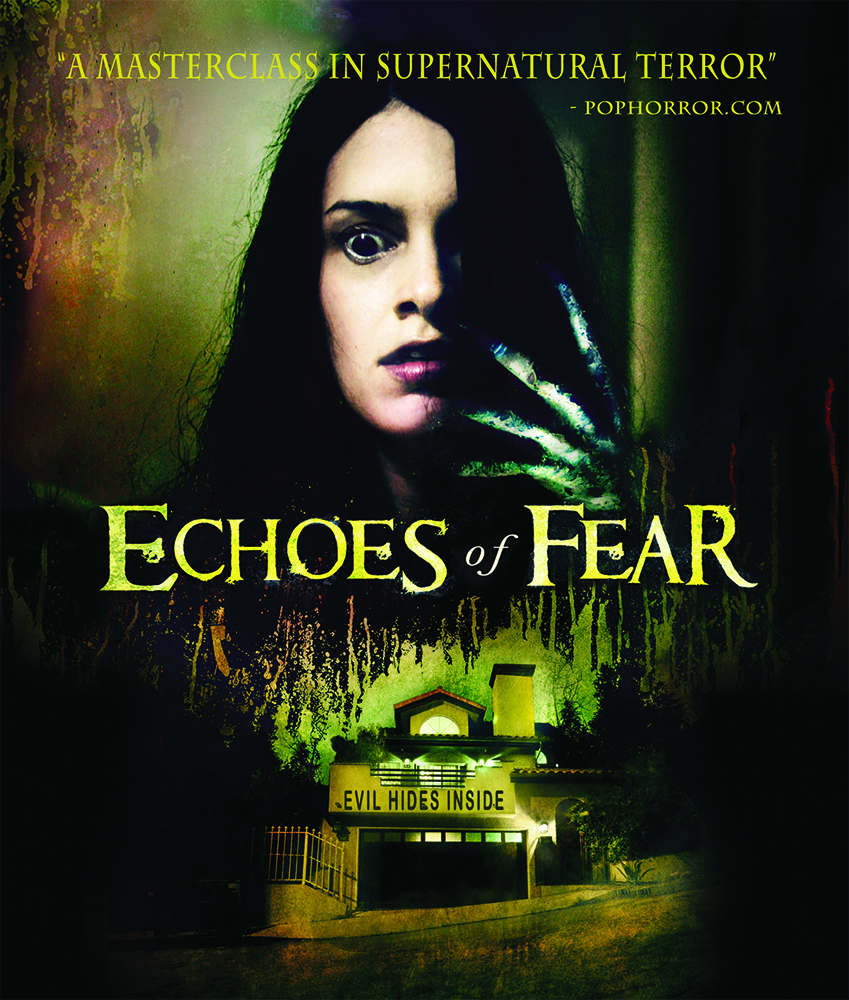