When Herbert Blount took over the fright flick KNOCKED OFF and turned it into DIRECTOR’S CUT, he probably never dreamed it would get such a jam-packed Blu-ray release. We’ve got the exclusive details along with the cover art.

Shipping June 12 from Epic Pictures as part of the Dread Central Presents line, DIRECTOR’S CUT is a meta horror/comedy starring Penn Jillette (who also scripted) as Herbert, who decides to re-edit his own version of KNOCKED OFF, which he helped to crowd-fund, and kidnaps its leading lady (Missi Pyle) to co-star with him. Adam Rifkin directed, and Harry Hamlin and Hayes MacArthur co-star. The disc release is a region-free Blu-ray/DVD combo with the following extras: 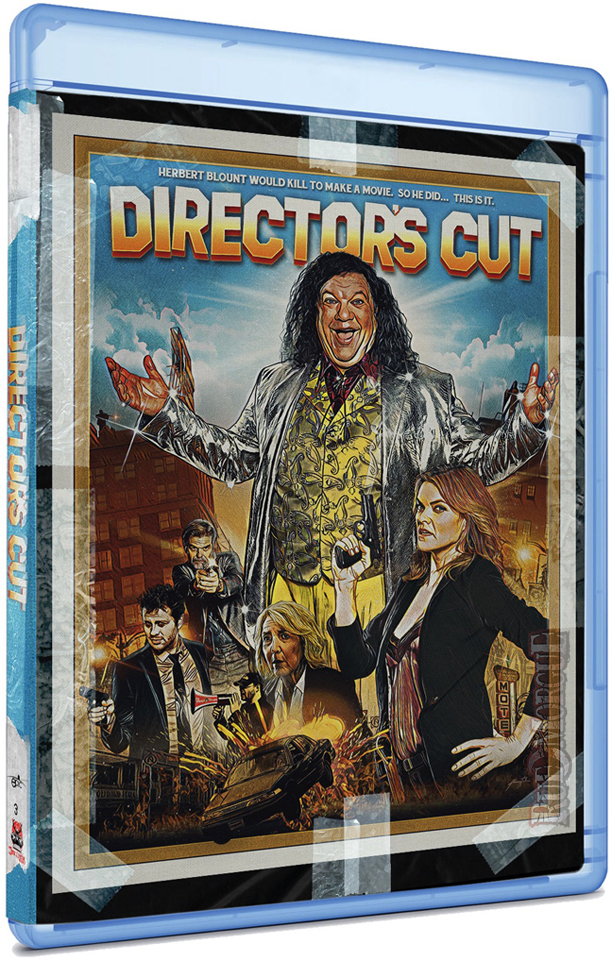