Kings of Horror, the most visited and subscribed YouTube channel for horror features, has teamed with Terror Films to debut Hunter Johnson’s movie.

Written and directed by Johnson, SERENA WAITS will premiere at Kings of Horror on Friday, August 14 at 2 p.m. PST, accompanied by a live stream with Johnson and co-star/co-producer Charles Chudabala. The film will then be available exclusively at the channel for six weeks before being released on multiple digital platforms September 25. The cast also includes Brialynn Massie, Colton Wheeler, David Marlowe, Lara Jean, Emily Dahm, Jennifer Clarke and Gregory Blair (pictured in the exclusive photo above). According to the official synopsis, “The film centers around Serena [Massie], who attends a college frat party. When an alcohol fueled hookup takes a violent and horrifying turn, Serena becomes the victim of a violent and deadly encounter with three college athletes [Wheeler, Chudabala and Marlowe]. Soon after discarding Serena’s body, the guys find themselves haunted by her presence. Is it all in their heads or has Serena returned for revenge?” 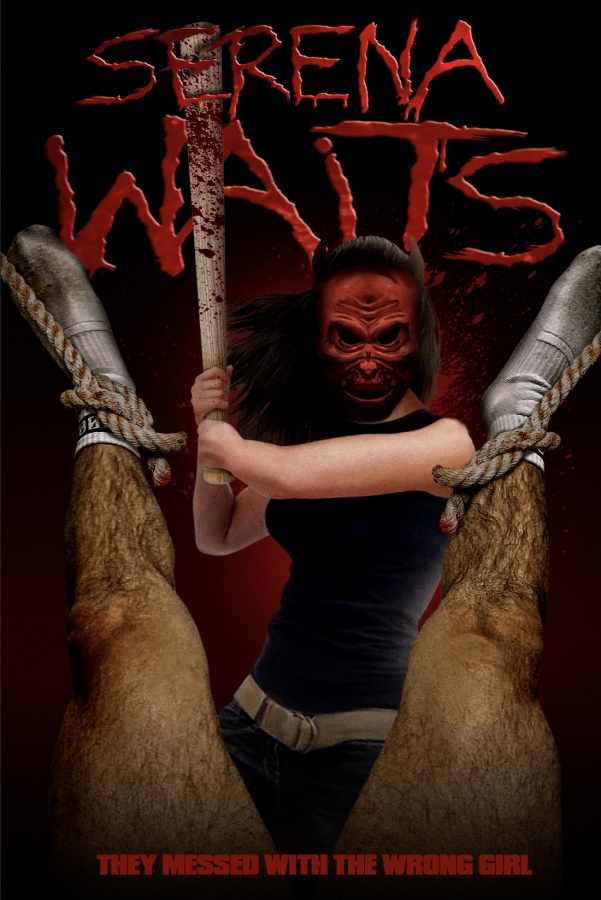