A young woman discovers terrible experiments in an exclusive excerpt (which is absolutely not for animal lovers) from the new chiller ANGELICA, which arrives in select theaters tomorrow from Freestyle Digital Releasing.

Written and directed by Mitchell Lichtenstein (TEETH) from the novel by Arthur Phillips, ANGELICA stars Jena Malone, Janet McTeer, Ed Stoppard, Tovah Feldshuh, Glynnis O’Connor and Charles Keating. The synopsis: “In Victorian London, innocent shop girl Constance [Malone] falls in love and marries Dr. Joseph Barton [Stoppard], a medical researcher. She has a sexual awakening with her husband, but their passion is cut short after the life-threatening birth of daughter Angelica. Their puritanical doctors order abstinence, condemning Constance for lascivious appetites. Sexual repression leads to obsession, and Constance becomes increasingly protective of Angelica. Then, late at night, the household is disrupted by what appears to be a paranormal predator. To cleanse the home of its terrors, she reaches out to spiritualist Anne Montague [McTeer]. But the arrival of this charismatic woman brings even more complexities to the deteriorating Barton household. Constance places her deepest trust in Anne, and together they fight against a force that may be more sinisterly human than supernatural…”

Find out more about ANGELICA at its official website. 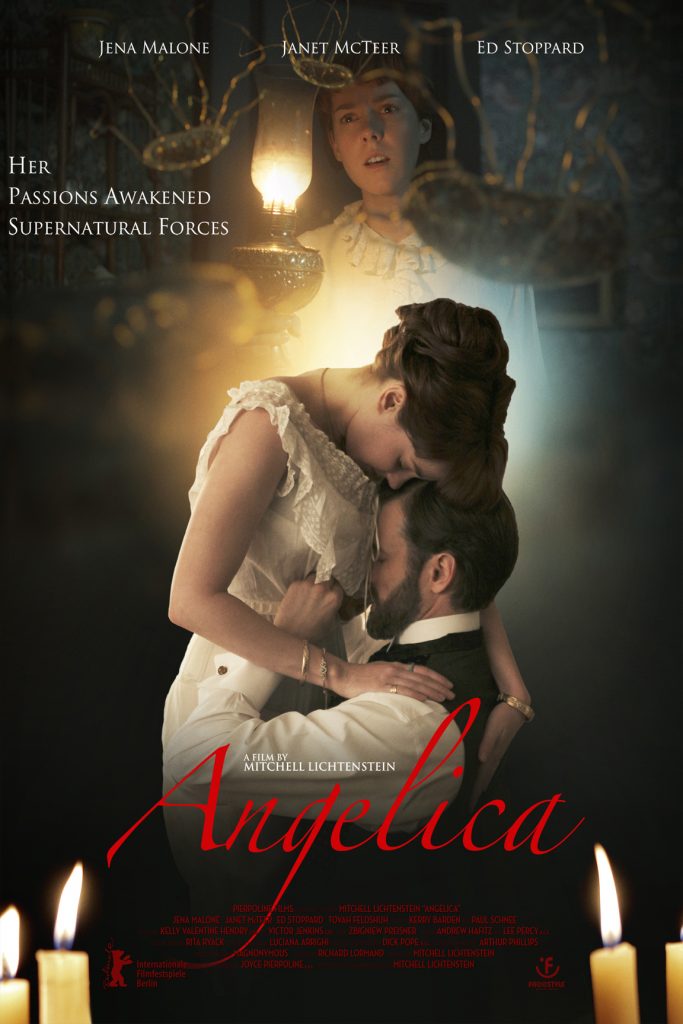