TRAUMA THERAPY: PSYCHOSIS, the follow-up to 2019’s TRAUMA THERAPY (pictured), is rolling at Scotland’s Hex Studios under the direction of Lawrie Brewster (THE BLACK GLOVES, THE DEVIL’S MACHINE). Tom Malloy (#SCREAMERS) and David Josh Lawrence return as scripters and stars, and the cast also includes Hannah New (BLACK SAILS), Courtney Warner, Megan Tremethick, Jamie Scott Gordon, Gordon Holiday and Craig J. Seath. The synopsis: “Tobin Vance [Malloy], a self-help guru who has been exiled overseas as the feds move in on his U.S. operation, is forming another self-help retreat in the remote outskirts of Kirkcaldy, Scotland.  There, his assistant Elizabeth [New], along with former student John [Lawrence], recruit a new group of lost souls for a four-day retreat to solve their life problems.  But as the retreat gets more and more extreme, the group–consisting of Lily [Warner], Nicole [Tremethick], Frank [Holiday], Jesse [Gordon], and Daniel [Seath] begins to fear for that they may not survive.”

“David and I wanted to take the premise of the first film and kick it up a notch,” Malloy tells RUE MORGUE. “We took the whole ‘evil Tony Robbins’ premise and doubled down on the intensity. The setup is the same: A group of lost souls go to a retreat to solve their problems through this self-help guru. But in this film, Tobin takes it to extreme levels, and the audience is wondering the whole time if he really wants to ‘cure’ them, or he’s just plain evil!”

“TRAUMA THERAPY: PSYCHOSIS represents a thrilling and sobering opportunity to explore the ruthlessness of fanaticism and ideological devotion,” says Brewster. “With the character of Tobin, we will bring to life a villain who reflects the chaos of our time, and shows the extent to which desperate people may be convinced to sacrifice their humanity to achieve the perception of success.” Stay tuned for further updates! 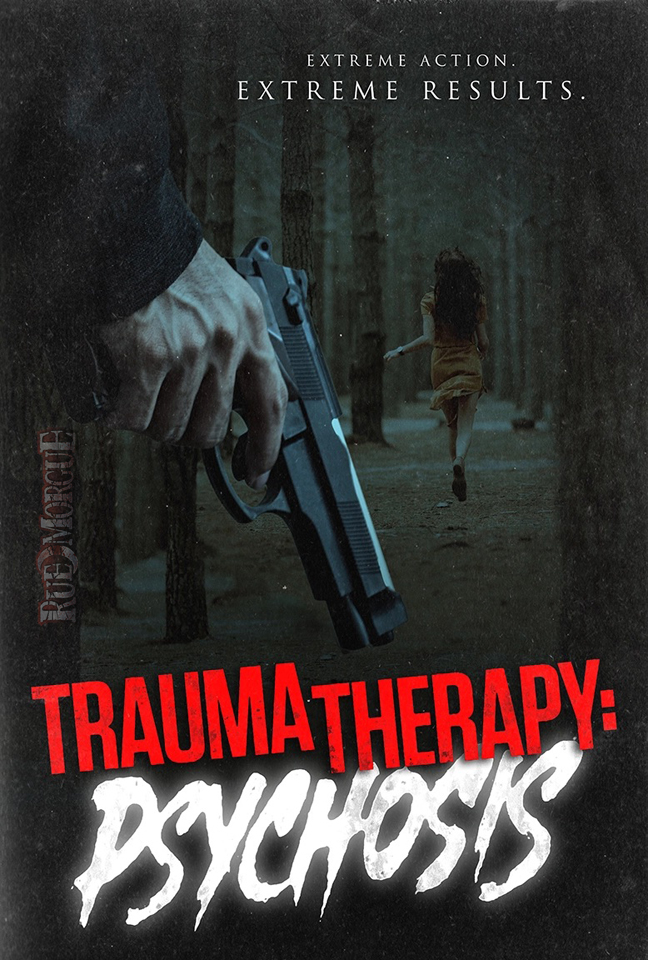