A new, personal take on the werewolf movie played the Sundance Film Festival last night as Jacqueline Castel’s MY ANIMAL made its world premiere. With more showings at the fest this week, and set for general release later this year by Paramount, MY ANIMAL is Castel’s feature debut after several well-received shorts, and she spoke to RUE MORGUE about the film and its take on the genre.

Scripted by Jae Matthews (who has her own acclaimed short experience with THE RUNNER), the movie stars Bobbi Salvör Menuez as Heather, a teenager in a small wintry town who feels constrained by those around her–and must be physically locked in her bedroom every month when the full moon rises. When she meets an outgoing skater named Jonny (Amandla Stenberg from BODIES BODIES BODIES), she believes she’s found a soulmate, and begins to come out of her shell–but the circumstances become complicated, and ultimately violent.

Once Castel took on Matthews’ screenplay and began developing it with her, “I pushed a little more on the genre component of the story,” the director tells us. “It was there originally, and I felt like it was such a great metaphor, and there was so much interesting imagery that was there but wasn’t fully developed yet. So we worked a lot on that, and then on building up the character and her journey and what Heather goes through. I feel like we worked on every scene, just to get it to where it needed to be. Also, at one point I was asking for moments of visual poetry, so I could get into some stuff I was interested in exploring in terms of the images. It was a very collaborative process, where we kind of worked back and forth on it, and it was also a highly personal story for Jae, so it was good, because we pushed each other in different directions.”

The lycanthropic angle mostly simmers under the surface of MY ANIMAL, which eschews the genre’s traditional half-human/half-lupine creatures in favor of actual wolves. “That came from a few different inspirations,” Castel says. “Part of it was like, OK, I want to do something different with this genre, and another part of me really wanted to work with real wolves. I thought it would be a cool way to explore this metaphor within the story, and play on the idea of, is she transforming or is she not? Is it psychological or is it real? There wasn’t any full transformation scene or anything like that in the screenplay, and I’ve always wanted to shoot with real wolves, so that was something I knew I wanted right from the top. And also, we weren’t that big of a picture in terms of budget, so I had to think, OK, what can we execute on this budget, and how can we do it in an interesting and effective and cool way?”

The resulting film sits comfortably yet claims its own space among such youth-oriented werewolfism-as-metaphor features as GINGER SNAPS and WHEN ANIMALS DREAM. “I think it’s inevitable that it’s going to be placed alongside those types of films,” Castel says, “but I also wanted to be placed alongside other types of genre movies, and other types of dramas. A huge reference for me was BLACK SWAN, which also treads between different genres. I hope MY ANIMAL lives in a lot of different spaces, and doesn’t get catalogued too severely. I think that’s what every filmmaker hopes: for their work to be seen in a lot of different lights.”

Look for more on Castel and MY ANIMAL as the film approaches release. 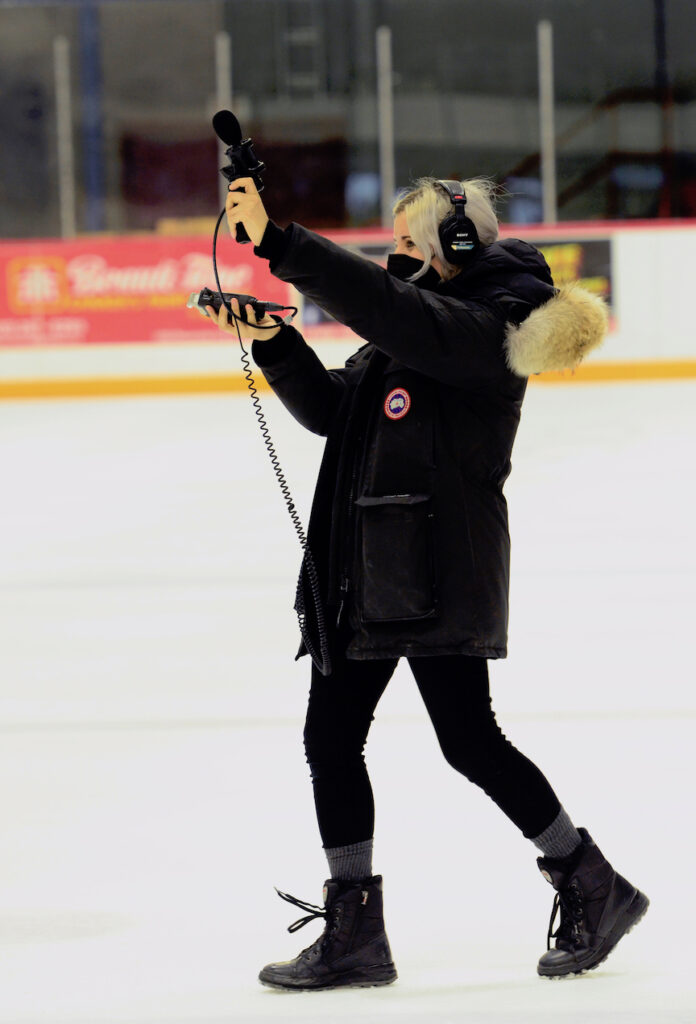