The current pandemic hasn’t stopped creative filmmakers from finding ways to continue their craft amidst the restrictions. One of them is Marcus Slabine (pictured; THE LAST CALL), who has begun production on his new feature THE DARK OFFERINGS. We’ve got his comments and the movie’s poster below.

Written by Slabine and award-winning actress/makeup effects artist Elizabeth Piper S. (EVIL, THE ENEMY WITHIN), who also has one of the lead roles, THE DARK OFFERINGS additionally stars Clifton Dunn, Felissa Rose (SLEEPAWAY CAMP), Terry Alexander (DAY OF THE DEAD), Paul Sheehan, Michael Leavy, Jason Leavy, Lydia Kalmen, Tina Nikolova, Eileen Dietz (THE EXORCIST), Shawn C. Phillips and Tamara Glynn (HALLOWEEN 5). The synopsis: “Sophia Hapgood [Piper S.] is thrust into a horrifying world after her brother James brings her into a fatal situation. He passes a demon to her that she must spread to others within six days or else they both die. Sophia must make a choice to save her brother or find a way to end the curse.”

“Elizabeth and I wrote this movie together in hopes of proving that just because the industry has to be shut down due to this virus, that doesn’t mean our creativity has to be as well,” Slabine tells RUE MORGUE. “We got inspired to create THE DARK OFFERINGS by our sheer love of film and wanted to do what film does best: transport you into another world.”

Unlike many of the other projects that have arisen in the wake of the outbreak, THE DARK OFFERINGS doesn’t take cues from current events. “We wanted to make sure that the story would stand on its own and not have anything to do with COVID-19 or our current situation,” Slabine says. “Horror has always been a genre that has inspired us and helped us through good and bad times in our lives, with an amazing community that is unlike any other. We’ve put together a phenomenal cast who have been pouring their hearts and souls into this project and truly believe in what we are creating.”

And they’re doing so despite the unusual and restrictive circumstances. “We are getting creative with filming to ensure everyone’s safety, keeping quarantine and maintaining social-distancing guidelines while using modern technology,” he explains. “The film is being put together via self-tapes mixed with video chats in creative ways. It allows us to be able to direct and interact with the cast while respecting the 6-feet rule and abiding by social distancing guidelines.” We’ll keep you posted on when you can see the result! 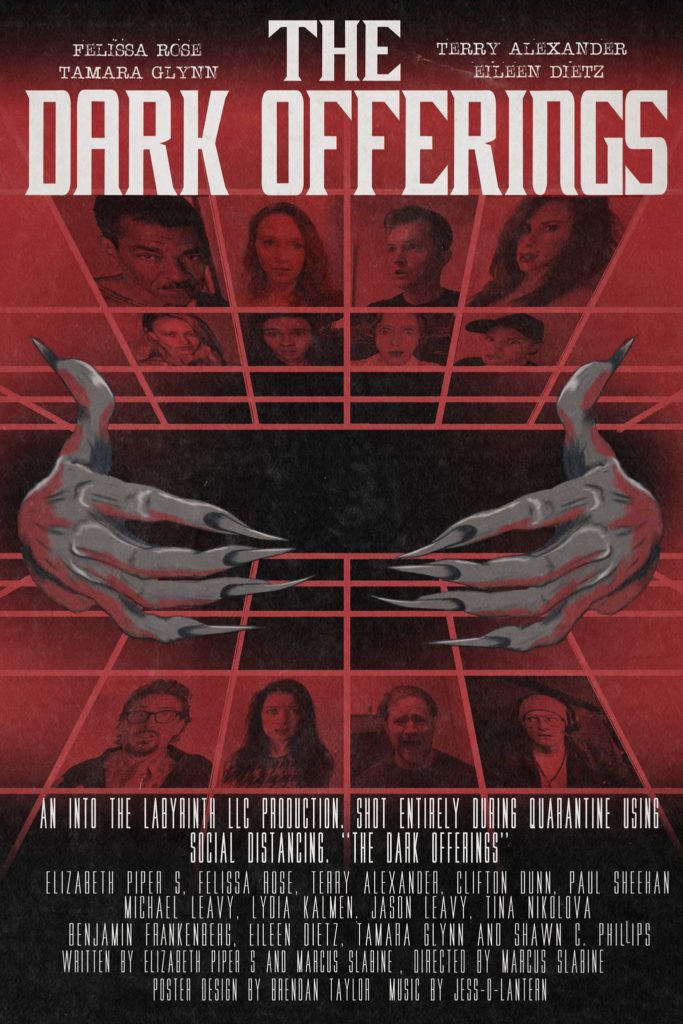