Writer/director Stevan Mena rounds out the trilogy he began in MALEVOLENCE and BEREAVEMENT with MALEVOLENCE 3: KILLER, set to debut in October, along with new Blu-ray versions of the first two movies. We’ve got exclusive words with Mena and the details and art for all three releases, along with the trailer for the new film.

MALEVOLENCE 3: KILLER will see day-and-date release on Blu-ray, DVD and VOD in the U.S., Canada, the UK and Australia October 12, with a new HD transfer of MALEVOLENCE and director’s cut of BEREAVEMENT out the same day; theatrical playdates for MALEVOLENCE 3 are also being planned. In the States, the on-demand platforms will include iTunes, Amazon Instant, cable VOD and many others, and the discs will be available at retailers like Best Buy, Amazon.com, Walmart.com, etc. Details of the special features are below; the synopsis for MALEVOLENCE 3, which stars Adrienne Barbeau, Katie Gibson and Kevin McKelvey, is as follows: “The hunt is on for Martin Bristol. Tortured and abused at the hands of his psychotic captor, Graham Sutter, Martin is damaged beyond repair. Lurking in the shadows of suburbia, he stalks and kills without remorse. Special Agent William Perkins follows his trail of terror, desperate to capture him before he kills again. Martin’s family is informed that not only is Martin still alive, he’s responsible for the wave of murder sweeping through their town. Will they be able to reunite before it’s too late, or will Perkins have no choice but to use excessive force to bring Martin down?”

MALEVOLENCE 3 has emerged from a troubled history that saw production shut down in 2016 due to the passing of lead actor Scott Decker, who was playing Perkins’ partner Roland. Mena persevered, and managed to complete the movie by revising the screenplay and recasting. “It was difficult to continue after Scott’s tragic death,” he says, “but so many good people worked very hard on this film. I needed to somehow find a way to finish it. Through some creative rewrites, additional casting and the crew agreeing to take deferred salary, we were able to not only complete the picture, but even retain some of Scott’s great performance as well.” 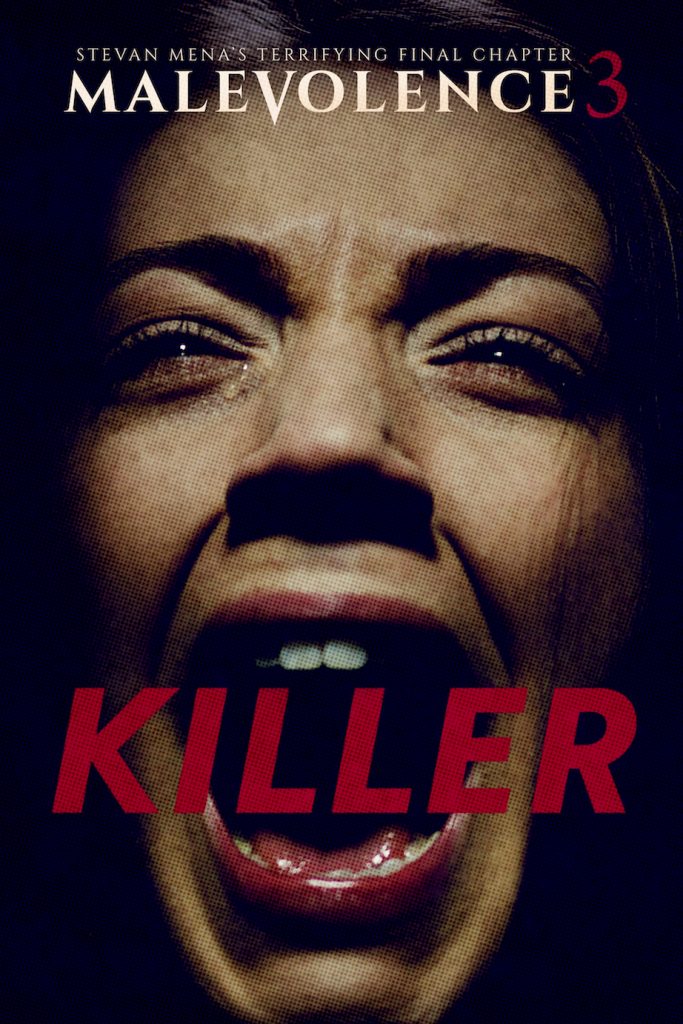 The filmmaker explains to RUE MORGUE how that process worked: “Originally, Roland and Perkins worked together equally as partners to hunt down Martin. There was a lot of comedy; Perkins was straight-faced and serious, and Roland just said whatever came to mind. It made for some light moments when confronting Martin’s mother about her killer son and the absurdity of that situation. Some of it is retained in the florist scene, as you’ll see; there was a lot more, and they had great chemistry together. Also, Roland was trying to light a cigarette in each scene, and every time he was interrupted by a new lead in the case. You’ll see one of these funny moments with Adrienne Barbeau retained in the finished film. It was some good levity in a dark movie, and helped differentiate it from just another slasher film.

“Unfortunately, when Scott got sick, we were just about to shoot the big setpieces, including the opening at the slaughterhouse with dozens of police and extras, where we introduce Roland and re-introduce Perkins—something we just couldn’t do by shooting the back of someone’s head with a stand-in. In order to keep Scott’s remaining scenes, I broke his character up into two separate people, played by Graceann Dorse and David Madison; that slaughterhouse scene was reduced to a few shots, and they inherited all of Scott’s lines. This was the ultimate eureka moment that gave me the solution on how to fix the film. By casting a man and a woman, their parts are distinct from Scott’s, Perkins’ role becomes more valuable and Roland is diminished enough that he can come and go and just be another FBI guy, not Perkins’ partner.

“I think it worked, as so far no one has watched the film and said, ‘Hey, where did that guy come from?’ It’s more like an episode of CRIMINAL MINDS than a buddy-cop picture now. The camaraderie and the humor is sadly lost; Decker was funny, and I really feel this could have been a breakout role for him. But I was able to edit a finished film that was coherent, which I never thought would be possible, so no matter what happens or what people say, I feel like I’ve already won.”

The special features on the discs are: 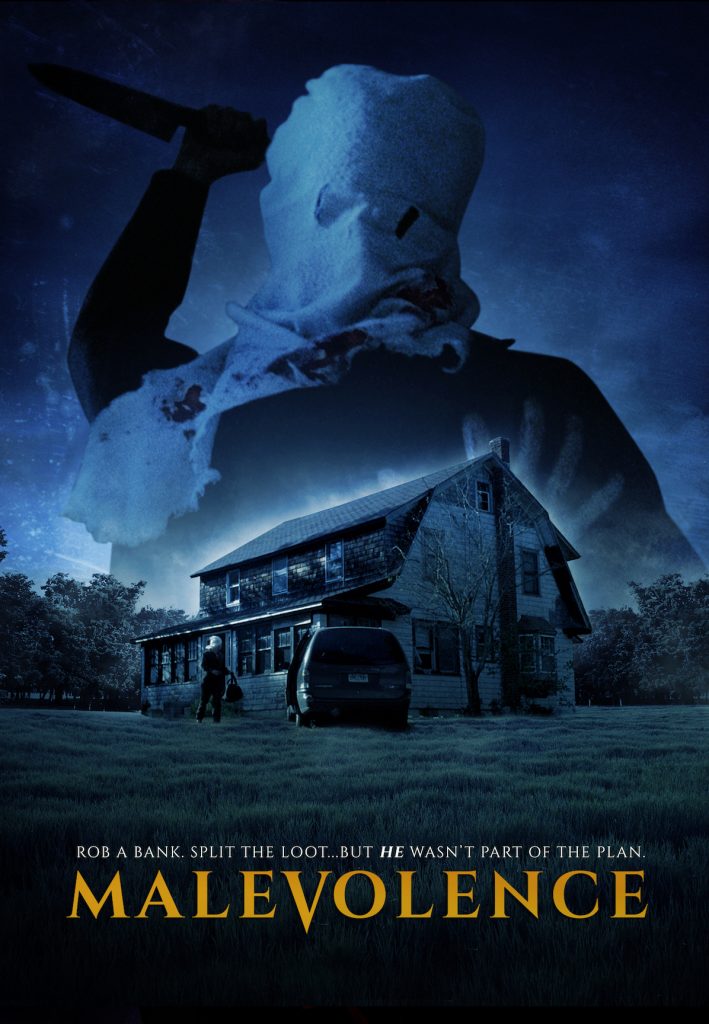 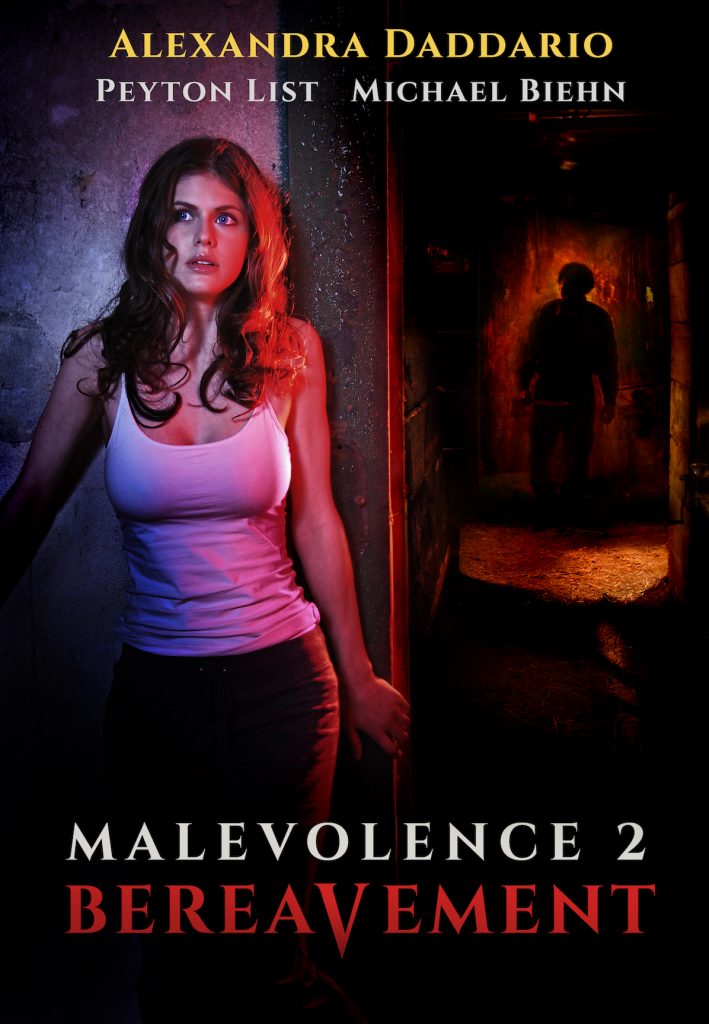 You can find out more about MALEVOLENCE 3 at its Facebook page.