We told you last week about the completion of the 10-years-in-the-works IN THE BLOOD, and now we have the scoop on the details and art for a new feature from the same team.

“In addition to finally finishing IN THE BLOOD last year, we got the band back together to shoot my next feature as director, MYSTERY SPOT,” IN THE BLOOD producer/co-scripter tells RUE MORGUE. House, who previously helmed CLOSET SPACE and PSYCHIC EXPERIMENT among others, also wrote and edited MYSTERY SPOT, which stars Graham Skipper (BEYOND THE GATES, BLISS, director of SEQUENCE BREAK; 1st photo below), NIGHTMARE ON ELM STREET 4 and 5’s Lisa Wilcox (2nd and 3rd photos), AMERICAN NIGHTMARE and MODEL HUNGER’s Debbie Rochon (4th photo), SEQUENCE BREAK producer Lyle Kanouse (5th photo), Bobby Simpson II, Rachael Logue (6th photo), Jill Brumer and Regan House (7th photo). The synopsis: “A number of lost souls find refuge in a small motel in the middle of nowhere, its only distinguishing characteristic being the ruins of an old Mystery Spot—a long-dead roadside attraction with strange metaphysical powers. Nathan [Skipper] and Rachel [Wilcox] find solace in one another, both attempting to escape dark pasts that seem to be using the Mystery Spot to go from being painful shadows of their lives to very real entities of the present. Everyone at the Mystery Spot will be affected by its unique properties, but only some will survive its reality-shattering implications.” 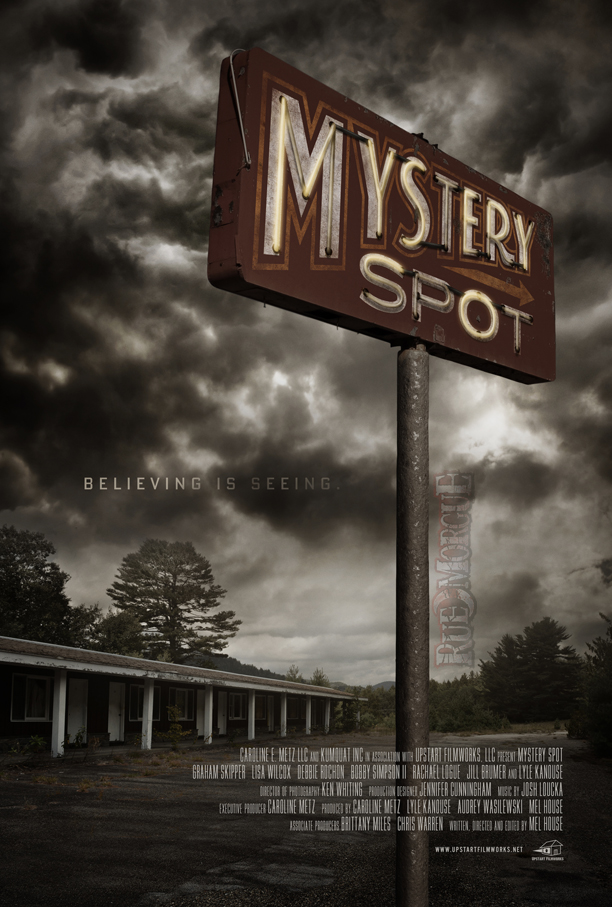 “MYSTERY SPOT is a script that I wrote a few years ago during a particularly dark period in my life—SOLARIS dark, not TEXAS CHAINSAW MASSACRE dark. I half-jokingly tell people that I would ‘emotionally black out,’ and when I’d come to, I’d have written more of the MYSTERY SPOT script. Not entirely true…but not entirely a fabrication either. As such, actually getting to make the movie was quite an emotional experience for me. Thankfully, I was able to surround myself with my closest friends and heavy hitters from the last decade or more of making movies. It’s a cliché, but this really was the best crew I’ve ever worked with. Beyond that, the cast took the material from my emotional fugue-purge and made it come to life in ways I’d never dreamed, all giving amazing and nuanced performances. It has been a very special time on a very special project, and I can’t wait for everyone to see it.”

Says Skipper, “I was thrilled to reunite with Mel [after SEQUENCE BREAK and BAD APPLES, both of which had House as a producer] and get to bring this nuanced, complex character to life. It’s one of the most rewarding roles I’ve ever played, and a film that isn’t afraid to ask painful questions. Mel really gave me a goldmine to work with, and I can’t wait for the world to see this deeply personal story he’s brave enough to tell.” 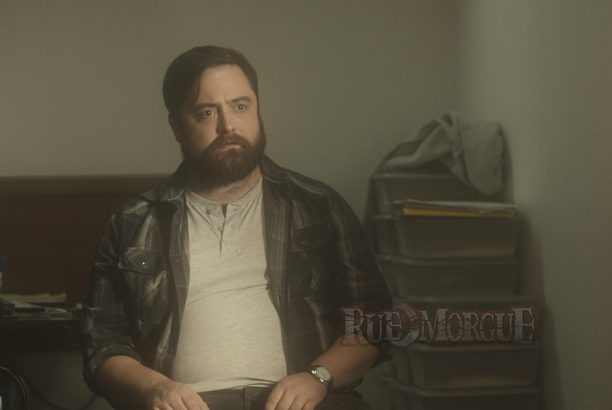 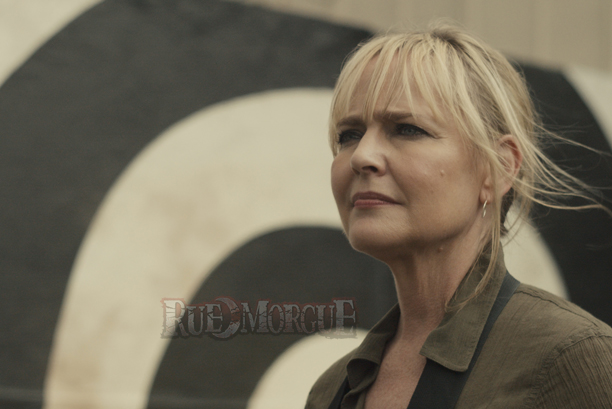 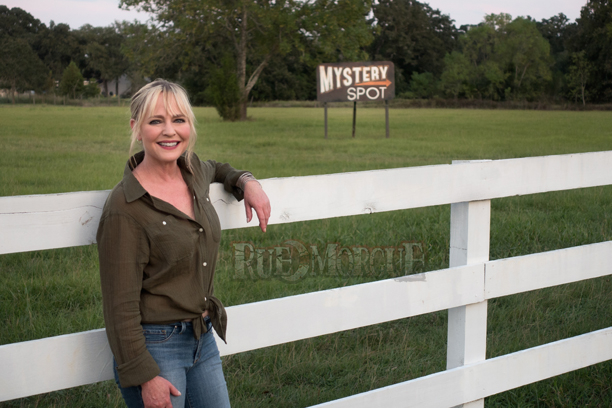 “The character I play, Rachel, is truly a gift—she’s layered and resilient, but still vulnerable in a very real, human way,” says Wilcox, who describes MYSTERY SPOT as “PARIS, TEXAS meets THE BIRDS.” I feel like we all know a Rachel—some of us might even be Rachels ourselves. Mel told me fairly early on that he had written the part of Rachel specifically with me in mind, which of course is very flattering. If I’m not mistaken, I was the first person to ever read a draft of the script! Once again, it deals with ghosts, memories, regrets and sadness. Haunting and the haunted. It’s so wonderful to come full circle and collaborate with guys like Mel who grew up with and were inspired by watching the NIGHTMARE films; Mel wore his NIGHTMARE 5 shirt on the last day!”

“From PSYCHIC EXPERIMENT to his web series PLACEHOLDERS to a movie he produced called CLINGER, Mel has always been a very loyal friend and creative partner in crime,” Rochon says. “When he sent me the script for MYSTERY SPOT, I was once again blown away by his storytelling and multilevel plot. On the surface, it seems to be one story, but there are many things going on underneath. This is not quite a horror film in the traditional sense, but it is a thriller in many ways. 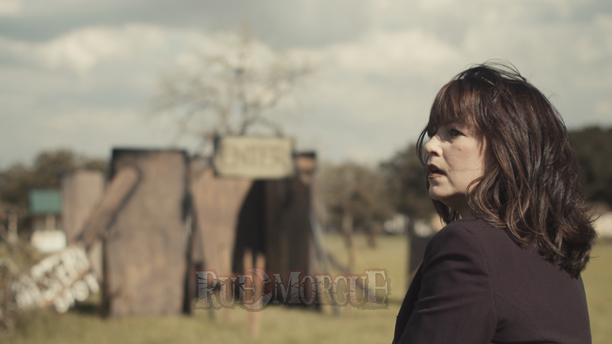 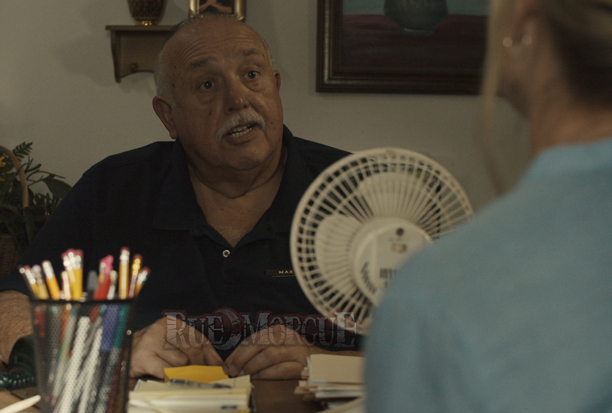 “Watching Mel helm the movie was a lot of fun,” she continues, “because no matter what’s going on with him inside, he’s always a really genuine, kind and in-touch director and person. He has been through a lot over the years, but you would never know it from being on his set. He has fun, is confident and cares deeply about the creative process and his people. I can really say with no hesitation that his heart is big enough for three normal people. His creativity and hard work are very hard to match. I am very honored to be in this crazy, magnificent ride called MYSTERY SPOT.”

MYSTERY SPOT is currently in postproduction, with a premiere targeted for later in 2020. “Our composer Josh Loucka, known from the bands Shift and Big Collapse as well as his extensive commercial work, is really taking things to the next level,” House says. “Just when I think I couldn’t get any more excited about a sequence, I’ll layer some of Josh’s music in and have a big stupid grin on my face for the rest of the edit session. I’m sure my neighbors in the office building hate me—or are new fans of Josh’s!” 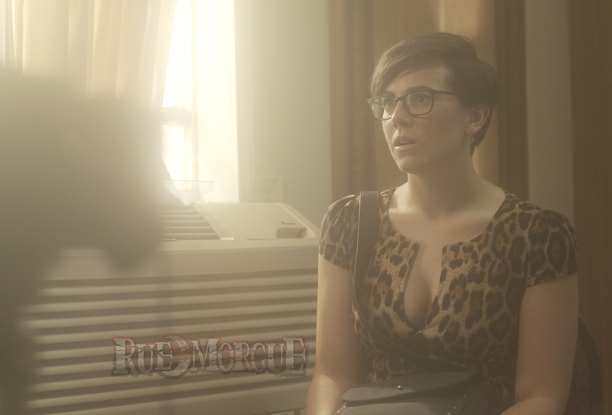 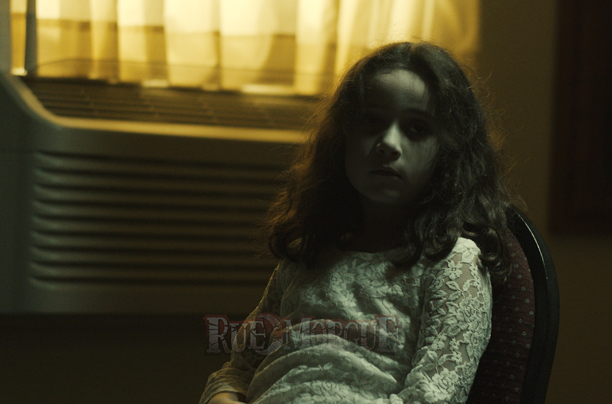