Coming this summer, feast your eyes on ZOMBIE DATE NIGHT, a 32-page comic book that tells the story of:

Boy matches with girl. Girl meets up with boy for a first date. Boy and girl face a ZOMBIE INVASION!

From the messed-up brain of Steve Urena, the guy who brought you fast killer sloths, (Slow Pokes) comes a romance horror-comedy that is full of zombies, romance and even a grandmother fighting a horde with a chancleta.

Drawn by Sergi Domènech, colored by Josh Jensen, lettered by Anthony Rella and edited by Allegra Calderaro, this unforgettable reimagining of the zombie genre is a hilarious action-packed thrill ride that will sink its teeth into you while leaving you on the edge of your seat. Below, enjoy reading our interview with Steve Urena, and be on the lookout for the upcoming release of ZOMBIE DATE NIGHT! 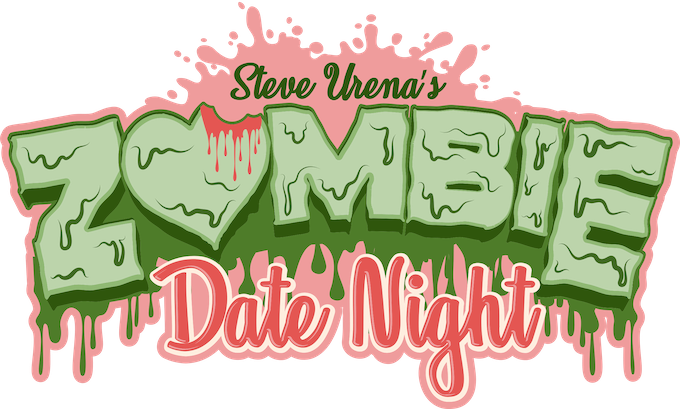 How would you pitch ZOMBIE DATE NIGHT to the Rue Morgue readers?

Hello all you Rue Morgue readers! I’m Steve Urena and here is the pitch for ZOMBIE DATE NIGHT: What makes a first date more awkward? Zombies of course! We’ve all been on bad or awkward dates, so I wanted to capture the fear of that and amplify it even further with a looming threat of zombies.

Love the concept! How did you first find yourself involved in the independent horror comics scene?

I have always wanted to be involved in comics since I was a child. I am a huge horror fan as well. I decided to take classes on comic book writing with the Comics Experience online school and here we are. I workshopped my fast, killer sloth comic Slow Pokes in that class and the response was incredibly positive. I had never written horror before, but it was just so much fun. I could get creative with the kills, set a tone, and pay homage to the scary movies I love the most. Since it went so well, horror comics have adopted me as one of their own and I love it.

I got the chance to read your last comic Slow Pokes; how did the idea of killer sloths first come to you?

Haha. I am forever going to be known as the sloth guy and I couldn’t be prouder. Slow Pokes came to me during a hangout with some friends from work. We were discussing all the ridiculous sci-fi/horror movies like Sharknado and Mansquito. I said, “what are they going to do next? Sloths that become fast and kill people?” That idea always stuck in my mind, so when the opportunity presented itself in the Comics Experience class, I workshopped it and created my pathway into both comics and horror. Plus, sloths always look like they’re up to something and people love them, so it was a perfect fit to turn them into speedy killing machines.

From killer sloths to the undead! What other zombie films/stories served as inspiration for ZOMBIE DATE NIGHT?

Always loved a good zombie movie. In fact, I am doing Zombie Date Night Thursday every week at 8:30 Eastern on Discord. All are welcome! You just need the discord app on your phone or computer and you’re in! We watch a different zombie movie every week and the community is growing with each week. Zombie movies definitely helped shape this project. From Shaun of the Dead to the Dawn of the Dead series, to Walking Dead and Resident Evil, I tried to pay homage while trying to break new ground in the zombie genre.

Can you speak a bit about the experience of working with the other members of the ZDN team – Sergi Domènech, Allegra Calderaro, Anthony Rella, and Josh Jensen?

I am so lucky to be working with such talented individuals on ZOMBIE DATE NIGHT. Sergi Domenech, Anthony Rella, and Josh Jensen were introduced to me by Comics Experience. They have such a deep talent pool and I worked with their Creative Services program to develop the comic. Everything looks so professional and incredible. I wrote the script and Comics Experience sent it on to each member of the team. They did such a great job and I hope more publishers take note of their talents.

Now, Allegra Calderaro is my lovely girlfriend and I thought it would be great to work on this project with someone I love. She is the editor for this project and she has helped with Slow Pokes. I run ideas by her and she tells me what she thinks while incorporating ideas of her own. It has caused some debates, but it was truly a pleasure working with my girlfriend on this and not breaking up over it. 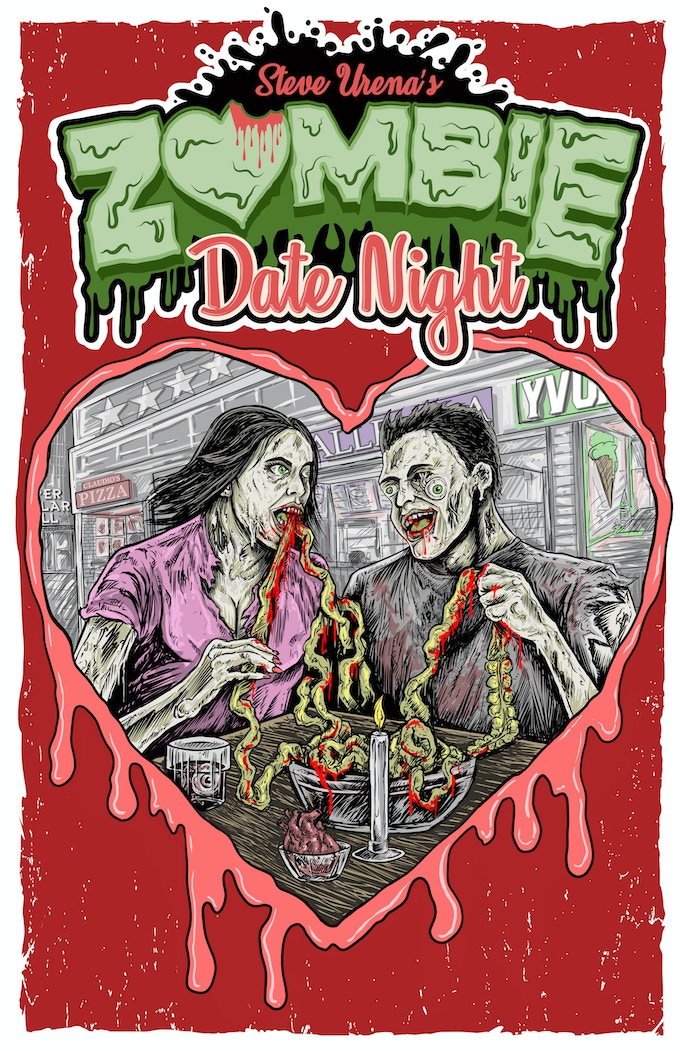 What phase of bringing a horror comic to life do you find most rewarding?

I love the entire process, but when I know readers can thumb through it and hold it in their hands gives me a strong sense of accomplishment. It’s like a seed growing into a plant. I am extremely thankful for all who back the project and for everyone who has taken a chance on something I wrote. It could have gone off the rails for Slow Pokes, but people are responding positively and it’s really cool to see.

I saw that the Kickstarter to fund ZDN has already surpassed its goal; how have crowdfunding platforms become instrumental to the indie horror comics community?

I love doing these Kickstarters. The horror community is such a positive and fun-loving group of people. They took me in with open arms, so it’s only right I create things they can enjoy and discuss with their friends. I think if Kickstarter didn’t exist, there wouldn’t be a place to test stories like mine. I have been able to find an audience and meet so many interesting people. If you’re thinking of developing a project, Kickstarter is the right place. With enough promotion and interesting marketing, you can reach people worldwide.

What will the upcoming release of ZOMBIE DATE NIGHT look like for you?

Once the Kickstarter is done, I will be filling orders and mailing everything out. It has been a blast to do this again and I really hope people enjoy it. Any amount of money I make from future Kickstarters will go towards creating more projects. Until people don’t want me to write anymore, I will continue to make more comics!

I have a few more projects in store for this year. I’m hoping I can reach all my deadlines, so when I have everything set, Rue Morgue will be the first to know! If you want to see more from me follow me on Twitter and Instagram @TheSteveUrena or @ZombieDateNight or @Slowpokescomic. Thank you for the interview!