That undying curse that began in Japan is reborn in America with THE GRUDGE, opening next Friday from Sony/Screen Gems and Ghost House Pictures. RUE MORGUE spoke with filmmaker Nicolas Pesce about his new—and R-rated—take on the mythology.

Like its Takashi Shimizu-helmed predecessors (the Japanese JU-ON series and the U.S. theatrical GRUDGE pictures), Pesce’s movie depicts the titular affliction visiting a cross-section of characters, including two married couples played by Lin Shaye (INSIDIOUS) and Frankie Faison (THE SILENCE OF THE LAMBS), and John Cho (SEARCHING) and Betty Gilpin, and a single mother played by Andrea Riseborough (MANDY). Pesce, who broke onto the horror scene with THE EYES OF MY MOTHER and followed up with PIERCING (based on the novel by AUDITION’s Ryu Murakami), has given his GRUDGE a grittier, gorier edge than the Shimizu films, though he discloses that one of their signature characters does make an appearance. We spoke to Pesce at this fall’s New York Comic-Con, where he premiered footage that promised a grisly and shivery experience.

After PIERCING and now this film, you’ve adapted two different kinds of Japanese genre media. Is there something about the Japanese style of horror that particularly appeals to you?

Yeah, I think they do horror in a way that’s…I don’t know if subtle is the right word, but it’s a more suggestive take. If you look at the J-horror stuff of the ’90s, it’s really disturbing in unique ways. American horror of the time was doing very loud stuff; you were in a post-Wes Craven world, and it was big blood and effects, whereas the Japanese approach to the genre was coming out of a slightly different tradition and was quieter and spookier. And particularly with something like the Murakami adaptation, not so much in THE GRUDGE, there’s a sense of humor that a lot of Japanese filmmakers and writers play with in horror that is really fun, Takashi Miike being the prime example of that. 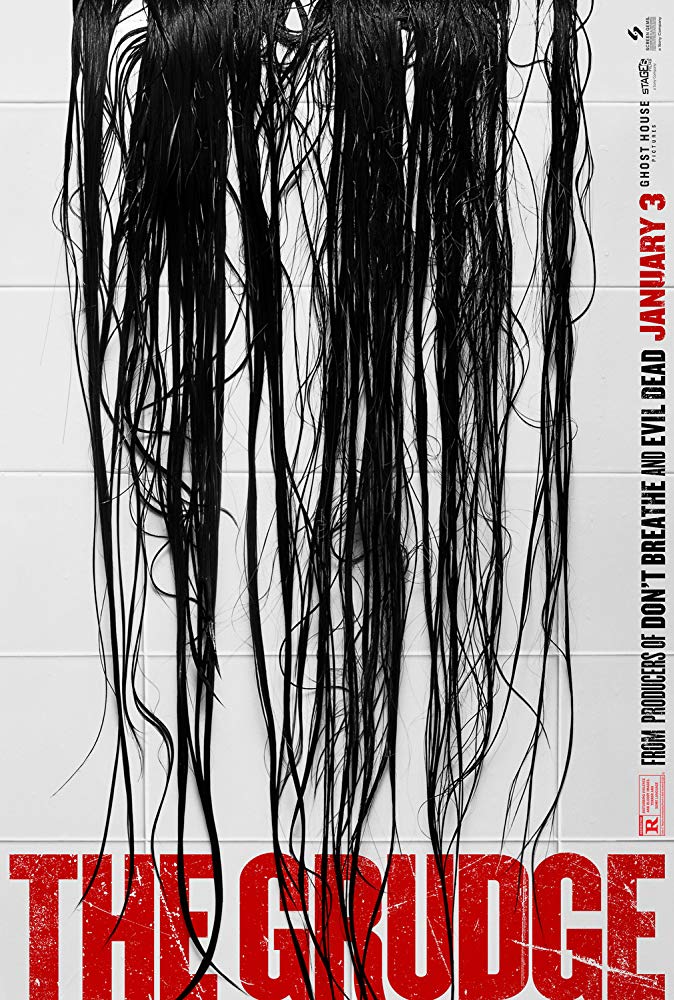 When you came on board the new GRUDGE, there was an existing script by Jeff Buhler (PET SEMATARY). Did you use any of that, or did you start fresh?

Actually, I’ve never even met Jeff. I pitched this movie without knowing that a script had already been written, so I hadn’t read that. I pitched a brand new story and ran with it, and I didn’t read the Jeff Buhler draft until much later in the process. So this was a from-scratch kind of thing—by no fault of the Jeff Buhler script. I just had a very specific idea of what kind of stories I wanted to tell and play with. There are the touchstones here that exist in every GRUDGE movie, but the Japanese movies are anthologies—every story is different, each one has different characters—and we really wanted to do it like that. So you have a few familiar elements, but spun off into different sorts of stories—and I like broken-family stories.

Is there a Kayako-like figure who’s the central embodiment of the curse in this film?

Yes, and without revealing too much, Kayako does make an appearance in this movie. And then there is a new family that is sort of…it’s their fault that the curse is here now, so we see other entities, if you will. They’re not quite directly ghosts in THE GRUDGE; to me, the grudge manifests itself inside the cursed person, so it’s all about that person’s relationship to what they’re afraid of. So there are new ghosts, but we have not erased the old ones.

Ghost House also produced the previous PG-13 GRUDGEs. Do you think that their successes with the hard-R EVIL DEAD remake and DON’T BREATHE made them more interested in taking a similar approach to THE GRUDGE now?

Well, horror isn’t the bastard-stepchild genre any more, you know? For so long, I feel that people looked at horror like heavy metal: If they don’t like it, they don’t like it. Whereas now, I believe audiences are hungry for horror, and as a horror fan myself, when I go to a movie, if it’s soft horror, to me it feels like it’s for kids. Which is fine, but if you’re making a horror film for adults, I want it to be intense, subject matter-wise and scare-wise. So if you look at something like IT, which is about kids but is still rated R, that signals to the audience that it’s not gonna be soft, it’s not gonna be easy. People know that the studios would love every movie to be PG-13 so that every teenager could go see it, but making it R signals that no, this is more intense, it’s more disturbing, and I think audiences are hungry for that. 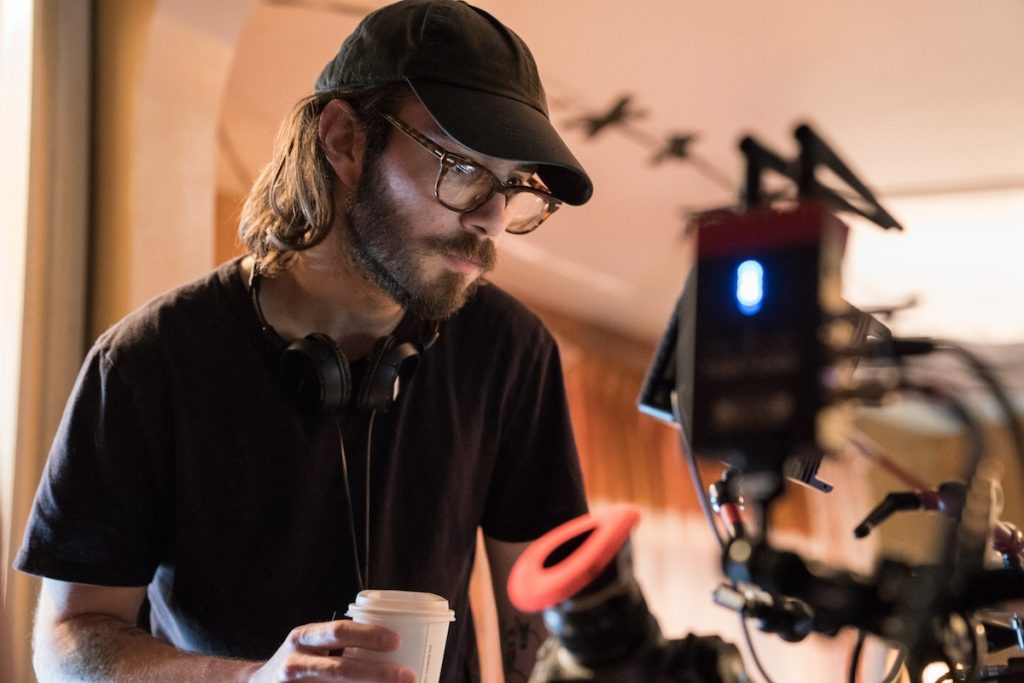 It’s interesting, and feels like a sign of the times, that the two central couples in THE GRUDGE are interracial. Was that intentional, or just the way the casting fell out?

Part of it had to do with being aware of not having an all-white cast—not even for political reasons, but because I don’t think that represents our world anymore. You look around this room and it’s not all white people, and for the couples in the film, it was really a matter of finding the best actors for them. The fact that Lin Shaye and Frankie Faison’s characters are married—there’s a line in the movie where they say they’ve been married for 50 years, we didn’t even realize until we were shooting it that that statement is loaded with so much more story. The film takes place in 2004, so 50 years before that was 1954 and they were an interracial couple back then, and that gives so much backstory to them. But it wasn’t really a conscious decision; I just happened to love the actors.

Did you put anything personal—anything from your own life—into THE GRUDGE?

Yes, the central crime that starts it off is very much inspired by one that happened in my town when I was a kid. The town in the film has the name of the one I grew up in, and every single street is one of my best friends from high school’s street address. It’s peppered with a ton of stuff where all my high-school buddies will know exactly what I’m doing. And then hopefully for everyone else, it will feel that much more authentic because it is very much inspired by bits and pieces of my real life. I grew up right outside New York, and there’s always this lore and legend of that house at the end of the block: “Oh, did you hear this happened?” Who knows what’s true and what’s not, but there’s something awesome about living in a place like that, being steeped in all this lore, and I took a lot of inspiration from all that.

Your work in PIERCING was very giallo-inspired; does any of that approach appear in THE GRUDGE?

Not as much, as overtly visually, as I did in PIERCING, but the thing I’m attracted to in Italian genre films is how operatic and big they are, without being cheesy. So [in certain scenes], everything’s a big, bloody mess, and that’s where a lot of my giallo inspiration comes in. It’s over-the-top, but it’s still grounded in some sort of realism, making it even more off-putting. So yeah, spiritually, it’s always in there; I love my Dario Argento and Lucio Fulci and all that.

For more Pesce comments on THE GRUDGE, check out RUE MORGUE #192, on sale next week and available for pre-order here!