A supernatural shapeshifter makes the first of many body switches in an exclusive excerpt from LIFECHANGER, which sees release next week. Check it out after the jump.

Written and directed by Justin McConnell, LIFECHANGER will be released on North American VOD January 1 by Uncork’d Entertainment. Praised by many reviewers (including us) during its festival tour this past year, the movie stars Lora Burke, Jack Foley, Elitsa Bako, Sam James White, Rachel VanDuzer and Steve Kasan, with horror stalwart Bill Oberst Jr. as the voice of the titular being. The synopsis: “Drew has an identity problem. Every few days, he has to shapeshift, or face a painful death. He has to find someone and make a copy. He takes everything: their looks, memories, hopes and dreams. Their entire life. He becomes them, and they die horribly. Enter Julia [Burke], the object of Drew’s affection. How can he make things right when he’s never the same person for very long? How do you gain back trust when who you are keeps changing? Part psychological thriller, part body horror, LIFECHANGER follows one shape-shifters’ twisted quest to repair the damage he’s caused, while leaving a trail of bodies in his wake.” 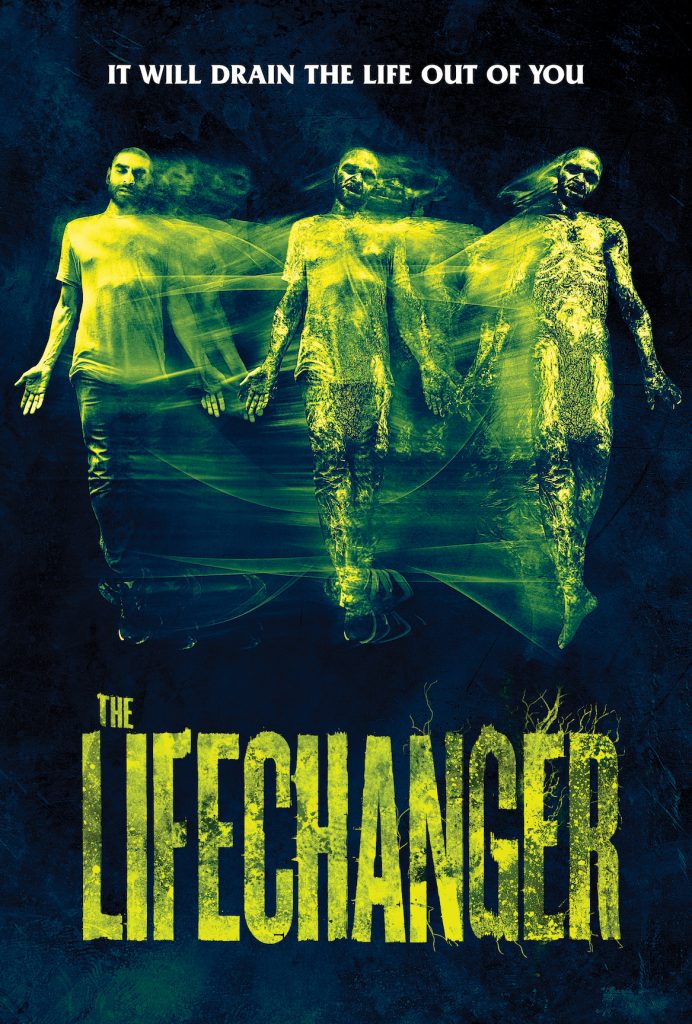