Exclusive news, comments, trailer and poster: Dread takes you to “ARTIK” this fall

Epic Pictures gave us the first word that its Dread line has picked up ARTIK, starring Chase Williamson (JOHN DIES AT THE END) and Lauren Ashley Carter (DARLING), for release this fall. Read on for the full info and first look at the trailer and poster.

Written and directed by Tom Botchii in his feature debut, ARTIK also stars Jerry G. Angelo and Matt Mercer. The synopsis: “On a secluded farm in the middle of nowhere, a serial killer [Angelo] preys on his victims while teaching his son how to follow in his footsteps. In the dark of night, the young boy strays from home and meets a man, Holton [Williamson], with the power to help. As Holton gains the boy’s trust, he realizes that the boy may not be the only one in danger.”

“I’m incredibly excited to be teaming up with Dread to release ARTIK,” Botchii tells RUE MORGUE. “It was a labor of love that allowed me to shine the light on some brutally deranged and personal themes I’ve wanted to infuse in a story for a very long time. It’s great Dread is allowing new voices in horror the opportunity to be heard—even if they’re gagged in a torture chair.”

Dread’s Rob Galluzzo adds, “With a cast of great rising genre talent, along with a very slick look and feel, ARTIK is one of the nastier horror films I’ve seen in a while, and it’s perfect for the audience that’s been enjoying some of the darker movies Dread has had to offer. We’re thrilled to be working with writer/director Tom Botchii on his first feature.”

The poster seen below was created by Christopher Shy, who did the one-sheets for GODZILLA and MANDY. Stay tuned for details on ARTIK’s release. 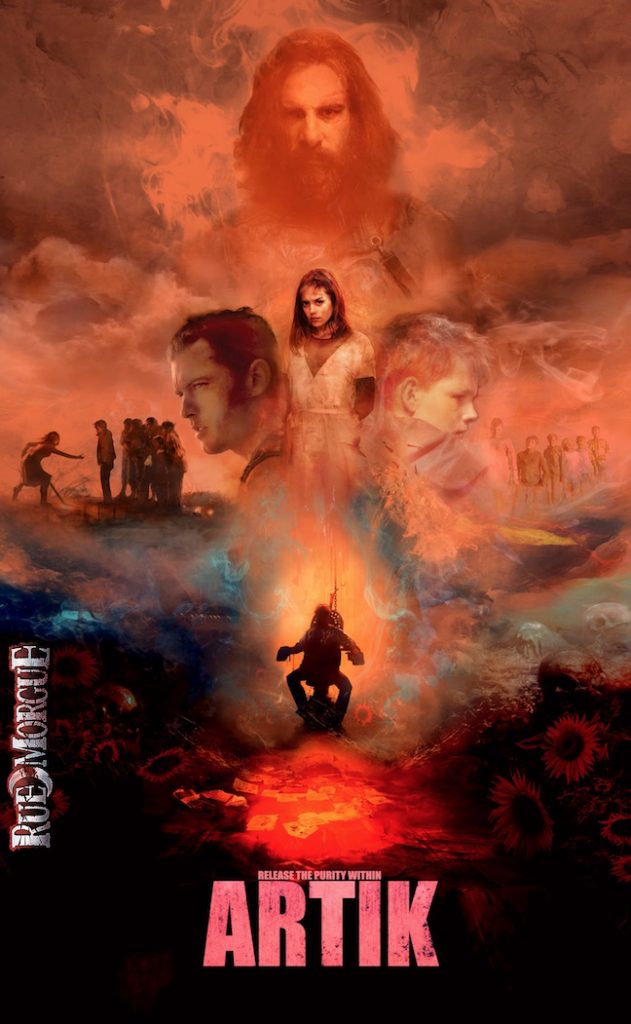