The protagonist of PAINKILLERS has an addiction to blood, and the latest poster for the Title Media/Lone Suspect film is appropriately red-spattered. We’ve got the exclusive first look, plus words with the filmmakers.

PAINKILLERS, which is eyeing an early-2019 release, is the second feature by Taiwanese-American director Roxy Shih (THE TRIBE). Giles Daoust scripted, and also produced with FEAR, INC.’s Luke Barnett and Vincent Masciale; Adam Huss, Madeline Zima (TWIN PEAKS), Grant Bowler, Debra Wilson and Mischa Barton (THE SIXTH SENSE) star. The synopsis: “After a terrible car crash in which his son dies, brilliant surgeon John Clarke [Huss], tormented by guilt, becomes prey to an unbearable physical pain. While his marriage starts disintegrating, John soon finds out that the only thing that can ease his pain is the taste of human blood. When he encounters Herb Morris [Bowler], a man who claims he can help him get his life back, John embarks upon a nightmarish journey through which he will either have to come to terms with his pain…or become a monster.”

“I don’t think PAINKILLERS is something that people have seen before,” Shih says. “We use paranormal elements as mechanisms for the story, but at the heart of it we deal with very real themes of grief and coping with addiction. I look forward to seeing how audiences react to more genre-hybrid films like this; I’m really proud!”

The producers add, “With so many conversations happening today around the lack of female directors being hired, particularly in the horror genre, we couldn’t be more proud to have hired Roxy Shih. We all feel very strongly she’s about to be one of the most in-demand young directors in town.” 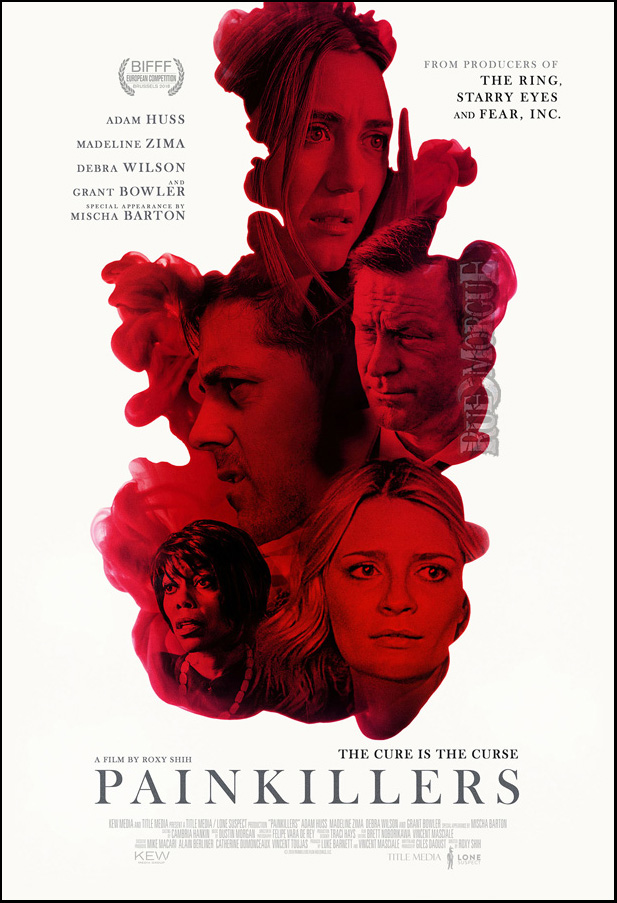