Exclusive photo, director comments: FrightFest premiere “HELL IS WHERE THE HOME IS,” with Fairuza Balk

World-premiering at London’s Arrow Video FrightFest in August, HELL IS WHERE THE HOME IS marks the second feature directing venture by Orson Oblowitz, following his award-winning horror-noir film QUEEN OF HOLLYWOOD BLVD. We’ve got an exclusive pic and words from the filmmaker.

Scripted by Corey Deshon, HELL IS WHERE THE HOME IS stars Angela Trimbur (TRASH FIRE, PSYCHOPATHS) and Janel Parrish (PRETTY LITTLE LIARS) as two women who go to a Joshua Tree-esque enclave for a weekend vacation with their significant others (played by Zach Avery and Jonathan Howard). “Angela’s character Sarah is in a relationship that’s falling apart,” Oblowitz tells RUE MORGUE. “She has suffered a miscarriage, so she and her husband have gone there to get away with their best friends. Then Fairuza Balk knocks on their door, and all hell breaks loose.” 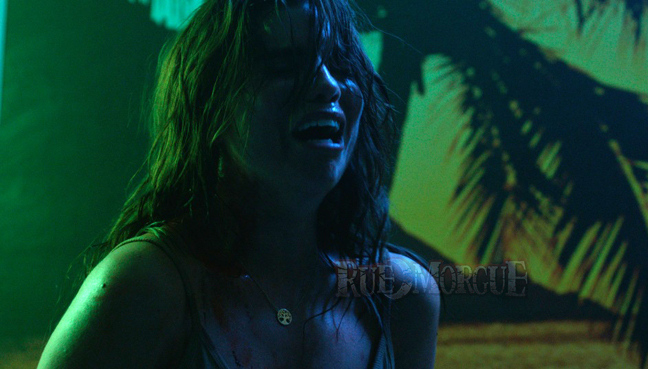 The son of filmmaker Michael Oblowitz (THE BREED, THE GANZFELD HAUNTING) and actress/QUEEN star Rosemary Hochschild, Oblowitz describes HELL as “a neon nightmare. The music is by Jonathan Snipes, who did STARRY EYES, so it’s got a cool group of people involved. It’s my take on home-invasion horror, but it’s also part drama, where it’s all about the intricacies of these people’s relationships, and then violence erupts in totally unforeseen ways.”

QUEEN took some of its cues from classic giallo fare, a stylistic approach Oblowitz says continues in HELL, “probably even more. The home invaders even have leather gloves. There was a quote from Dario Argento that I put on the call sheets a lot of days, where he says, ‘Horror by definition is the emotion of pure revelation. Terror by the same standards is that of fearful anticipation.’ I also had a big book about him, PROFONDO ARGENTO by Alan Jones, around all the time for people to look at, to get the feel of it, because I wanted to get everyone on that page.

“Noah Rosenthal was my DP, and he has mainly done more naturalistic films like BAND OF ROBBERS and FAT KID RULES THE WORLD. I wanted him for that reason, because the film takes a turn from this very natural style into neon-washed violence. I always have a tendency to push things to the extreme, so I wanted someone who could counter that, and who I could find a balance with, and he did an amazing job.

“The music is reminiscent of those movies too,” Oblowitz adds. “Jonathan did this amazing score that’s like ’70s Ennio Morricone from his giallo days, like THE FIFTH CORD. So HELL is totally giallo-inspired, but it’s also our own thing. We definitely had our own take on it.”

Among his cast, Oblowitz was particularly taken with Balk’s commitment to her villainous role. “Fairuza Balk is, honestly, unbelievable. She is such a gem of an actress. She brought so much life to this character. You have no idea what her intentions are at first, and she has this moment where she does a turn, just in her face, and you’re like, ‘No way!’ It was an honor to work with her. She was so professional; she came in early, she knew everything, she had amazing takes on the scenes and would always do something a little different. She wants to play, and she really elevates everyone around her. I know she hasn’t done a lot in the last couple of years, but this is a cool role for people to see her in again.” 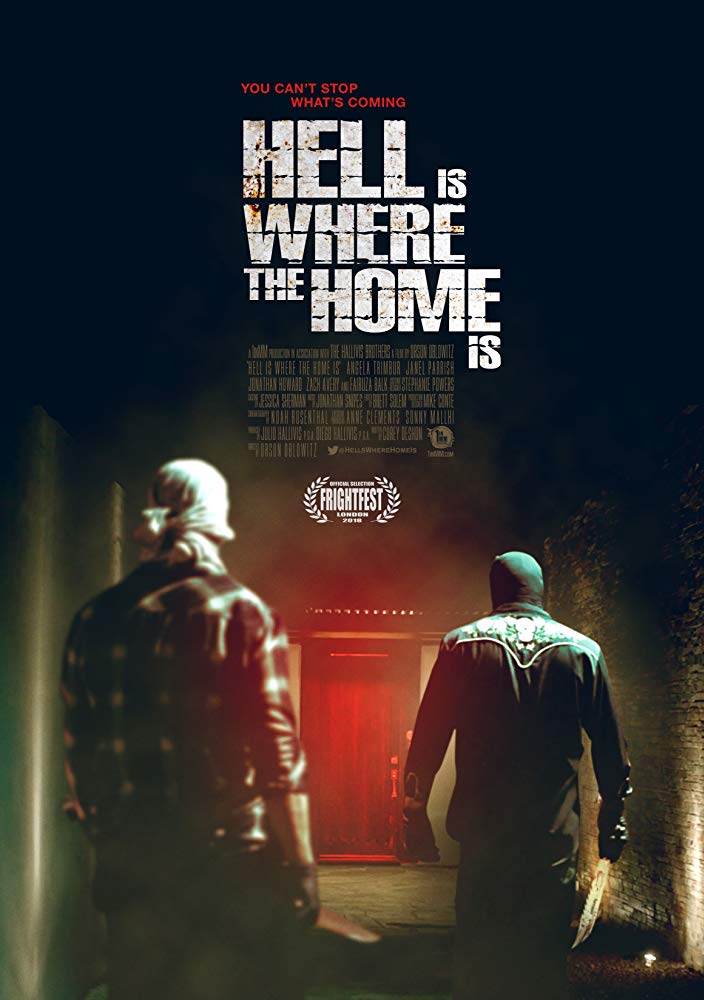