We first broke the news here about SNAPPER, an upcoming documentary about an uncompleted reptile-amok movie from the late 1980s. Now we’ve got the exclusive first look at the poster and word on its progress.

SNAPPER covers the history of the monster-turtle opus of the same name, a practical effects showcase launched decades back by Massachusetts filmmakers Mark Veau and Mike Savino, who are co-producers on the doc. Writer/director/producer John Campopiano sent along the poster, created by Adam Juresko, and let us know he’s now in postproduction. “Editor and colorist David Bigelow has come on board to edit the documentary with me, and Sean Schafer Hennessy will be composing original music,” he says. “Sean’s past film music work includes the British dark comedy series DARK DITTIES, as well as our upcoming documentary PENNYWISE: THE STORY OF “IT,” which is slated for release later this year.

“Our goal is to get SNAPPER put together this summer and release it in the late summer or early fall,” Campopiano continues. “Given the current situation with the coronavirus, we’re not exactly sure what that release will look like, but our goal will be to get it in front of as many people as we can. There’s also a possibility of expanding the short-form version into a longer, feature-length documentary sometime down the road, as there are a lot of interesting layers to this story that I wasn’t aware of before, as well as more local cast and crew to talk to. I’m excited to see what the future holds for SNAPPER!” 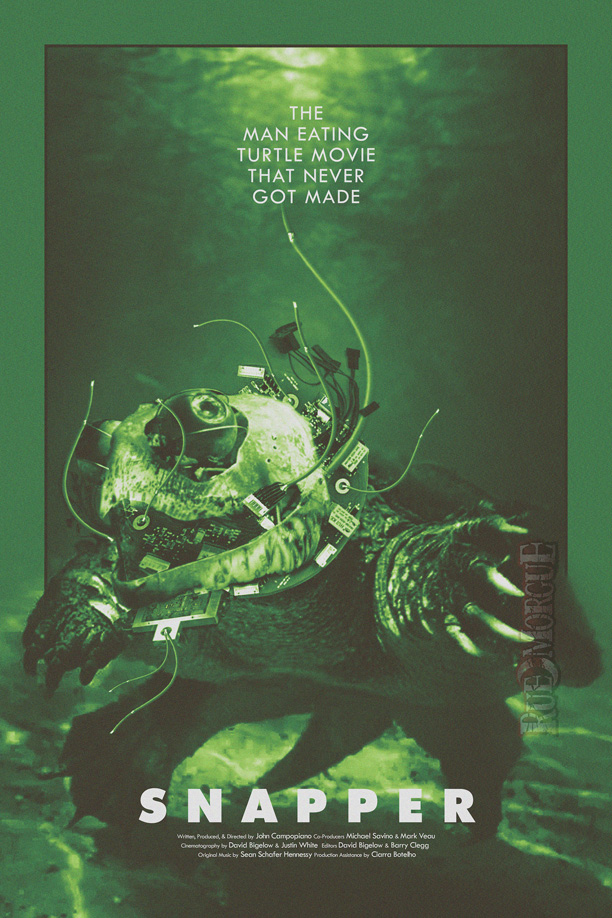