The comic actor takes a shot at a villainous turn in BECKY, which sees release next month. Jump past the jump for an exclusive first peek at the poster, along with the trailer.

BECKY will arrive on VOD and digital platforms June 5 from Quiver Distribution and Redbox Entertainment. It was directed by Cary Murnion and Jonathan Milott (COOTIES, BUSHWICK) from a script by Ruckus Skye, Lane Skye and Nick Morris. In addition to James (whose role was originally cast with Simon Pegg!), the cast also includes Lulu Wilson (THE HAUNTING OF HILL HOUSE), Joel McHale, Amanda Brugel and Robert Maillet (THE STRAIN). The synopsis: “Spunky and rebellious, Becky [Wilson] is brought to a weekend getaway at a lake house by her father Jeff [McHale] in an effort to try to reconnect. The trip immediately takes a turn for the worse when a group of convicts on the run, led by the merciless Dominick [James], suddenly invade the lake house.” 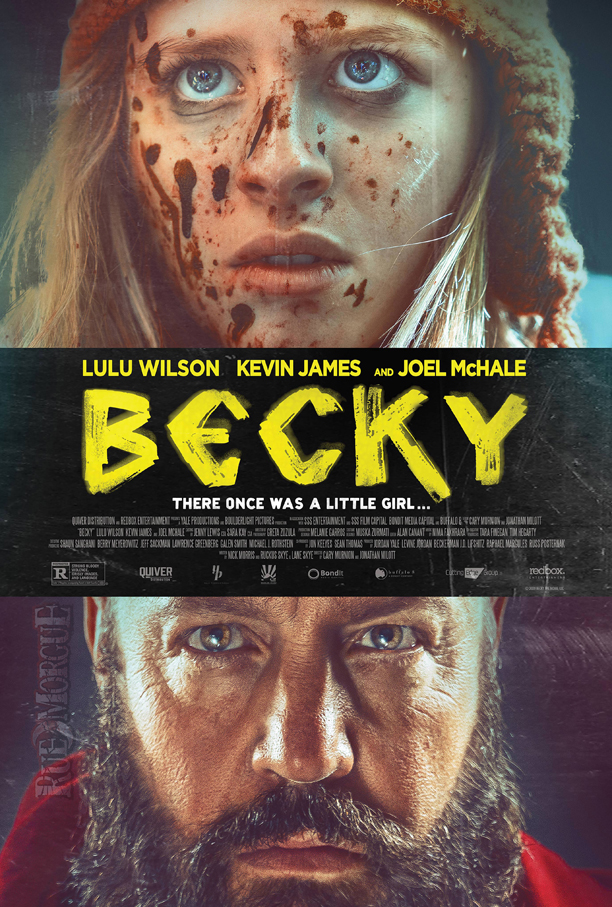