The award-winning Montreal-shot horror film is getting a fully loaded, limited-edition two-disc showcase.

Canadian distributor Raven Banner will issue DEAD DICKS, written and directed by Chris Bavota and Lee Paula Springer, on Blu-ray with a soundtrack CD August 25. Heston Horwin, Jillian Harris and Matt Keyes star in the movie, which took the Audience Award for Best Canadian Feature at Fantasia, the Best International Feature award at Another Hole in the Head, etc. The synopsis: “Richie is a suicidal young man who, every time he kills himself, finds himself very much alive but with a dead body of himself in his apartment. His sister comes to the rescue, but as the bodies pile up, the pair think that a vagina-like opening in Richie’s bedroom might hold the answer.”

The movie will be presented in widescreen with DTS-HD 5.1 Master Audio, Dolby Digital 5.1 and Dolby Stereo 2.0 soundtracks. This limited (500 copies) edition will come with an O-card designed by Ilan Sheady, a mini-poster of that art and liner notes by RUE MORGUE’s Michael Gingold. Special features on the disc are: 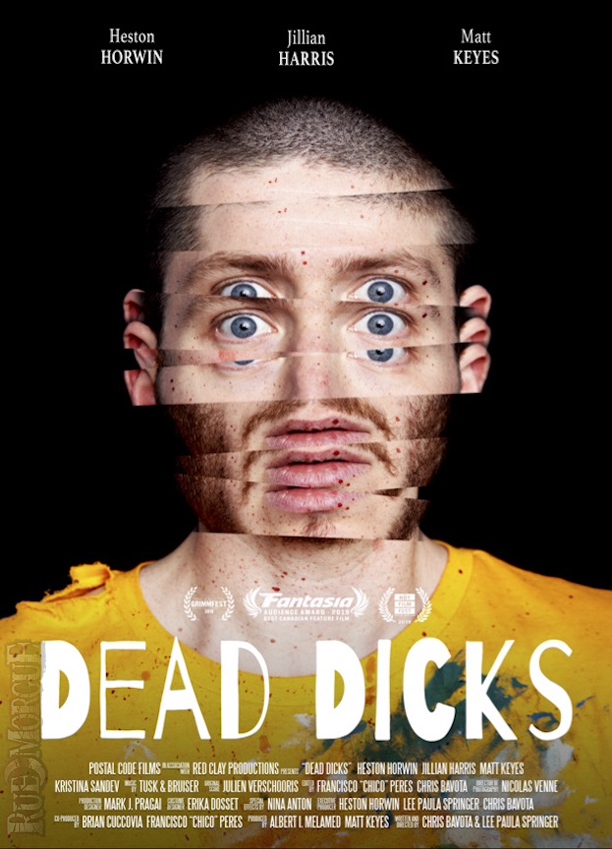