A gory monster movie is hopping its way into release this Easter, and we’ve got the exclusive first look at the splattery new trailer, along with the poster.

Ammo Content releases ROTTENTAIL, based on the Source Point Press graphic novel, April 12. THE STAND’s Corin Nemec stars as Dr. Peter Cotton, a scientist with a traumatic past who transforms into a humanoid rabbit monster after a bite from a mutant bunny, and returns to his hometown of Easter Falls seeking revenge. The cast also includes Dominique Swain, William McNamara, Tank Jones, Gianni Capaldi and Vincent De Paul; Brian Skiba directed from a script he wrote with David C. Hayes, who created the graphic novel with Kevin Moyers and Kurt Belcher. Todd Tucker, whose credits include WATCHMEN and THE CURIOUS CASE OF BENJAMIN BUTTON, created the makeup FX. 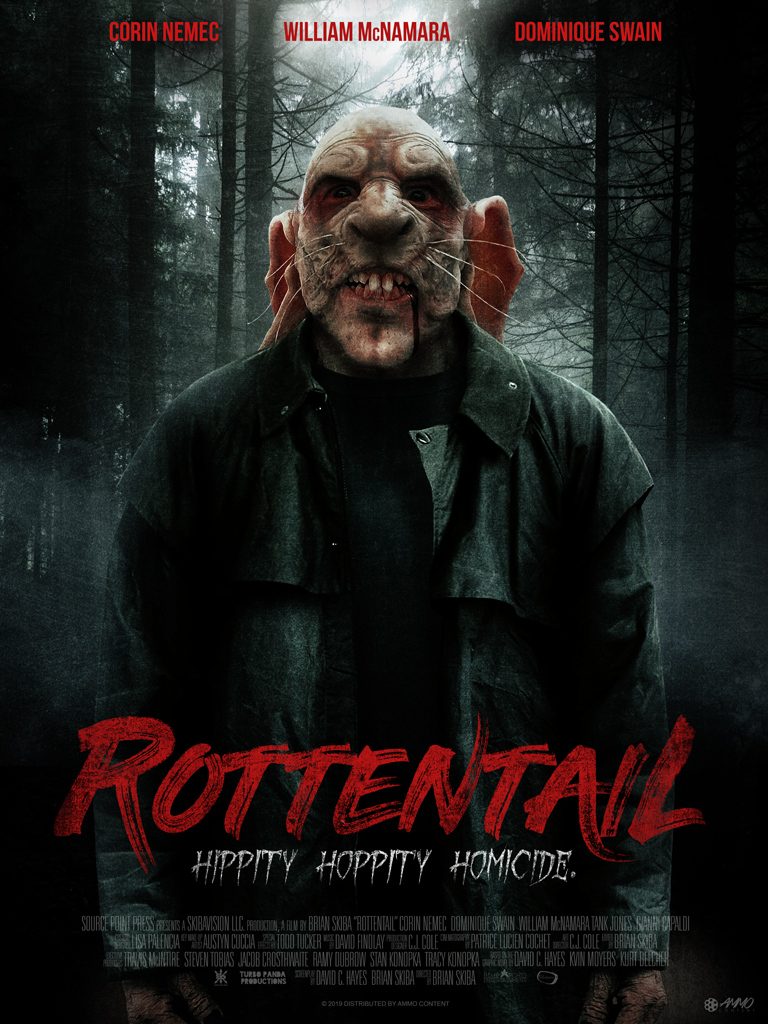