The first event was a sellout, so Severin Films, purveyors of top international horror and exploitation on Blu-ray, is coming back with a second Super-Shock Pop-Up Film Festival in Los Angeles later this month. Read on for the scoop.

Severin, in association with Cinematic Void, will be hosting its follow-up Pop-Up Film Festival Saturday, March 28; after last year’s success, the show has moved to the larger Montalban Theater at 1615 Vine Street in Hollywood. It will run from 4 p.m.-midnight and feature screenings of three new Severin features that have yet to be announced or released, uncut, uncensored and fully restored on the big screen, along with special guest introductions, short subjects and trailers announcing more upcoming Severin titles, a bar with DJ set by Rendezvouz and exclusive gift bags for all attendees. You can order tickets here, and check out the trailer below. 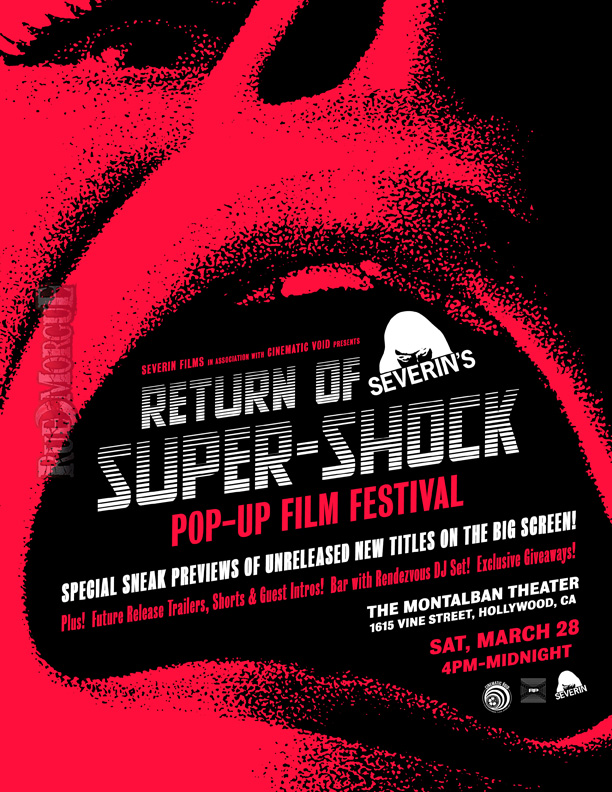